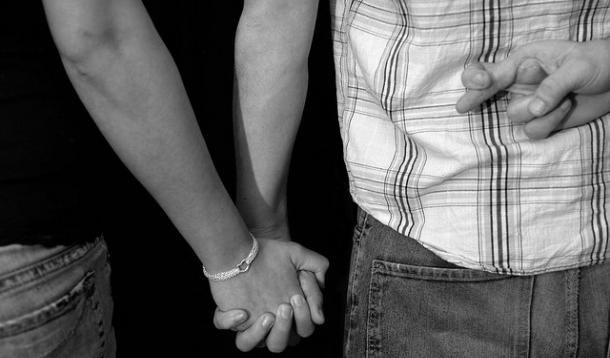 As far as relationships go, mine *touches wood* is pretty solid. I never really related to all that talk about marriage being onerous. For many years it was a cinch. Then, fast forward nearly 10 years, my husband and I decided to start a family. And all bets were off.

My colicky baby grew into a moody toddler who by age three was diagnosed with autism. The prognosis for couples with a special needs child isn't great. In fact, if you buy into the stats, they are guaranteed to scare you witless. The scaremongers claim some 80 per cent of parents with kids on the spectrum will ultimately watch their marriage dissolve. While I pray that figure is grossly exaggerated, it wouldn't totally surprise me if it wasn't.

Indeed, it sometimes feels as though there are three parties in my relationship—my husband, me, and autism. For a long time autism ate up every minute my husband and I spent together. We were either pouring over books and documentaries about the condition, discussing or even disputing how to deal with my son and the crisis du jour. Even when we're laughing or celebrating some thing my son said or did, autism has the spotlight.

So while I'm by no means an expert, here are a few pearls I've gleaned about making a relationship work when you have a child with special needs:

Present a united front. The cracks appear when you pit against each other. And this, I suspect, goes for parenting in general—it's crucial for you and your partner to approach autism as a team. Even in the eye of the tornado, remember you are allies trying to support and understand your child better. Oh, and your child is on that team, too. Though autism can test us, your kid should never feel like the enemy or the anathema.

Put autism in its box

In our house we had to designate an ASD-free time, in which we vowed not to discuss our son or the Big A. It's tough, especially when the diagnosis is fresh and you are collectively getting your heads around it, and when there are new routines or therapies supports to negotiate. By all means, you need to talk about autism. But autism loves the sound of its own voice, so don't let it dominate every conversation you have with your significant other.

So my husband and I kind of suck at this last point. We are both homebodies and don't get out as much as we should. And many families are financially strapped to pay for babysitters (what with all the ASD therapies and out-of-pocket expenses) but respite is non negotiable, even if it's the two of you lighting candles and dancing or laughing at some dumb Netflix comedy. It doesn't have to be Romance, but for at least a couple hours each night, elbow autism out of the way and simply be together.

Have each other's backs

We are all stressed and tired, people. Fortunately one of us is usually feeling stronger at a given time. If my son is acting out and I can't deal, I will gently ask my husband to take over so I can go for a walk or leave the room long enough to clear my head and calm my nerves. And vice-versa. I have been known to tell my husband point blank to take a time-out, so I can take over. An angry or stressed parent isn't in the right head space to deal with a meltdown and doing so will only make a child's anxiety and behaviour worse. To the best of our ability we have to model the calm coping we want for our kid.

Another a tricky point for me. As in many households, one parent tends to become the ASD case manager. Since I work part-time, my other job involves chauffeuring my son and liaising with his therapists and teachers. Since I am the one fielding the latest pointers and tips, it's hard not to come at my husband all bossy and nagging, correcting how he deals with our son in a given situation. But no one likes to be scolded, lest of all a grown man. Any communication has to be done with a team ethos. Share the latest information, and be mindful not to finger-point and play the blame game.

Any other tips that have helped strengthen your relationship?

This couple could have taught us all a thing or two about staying happily married. 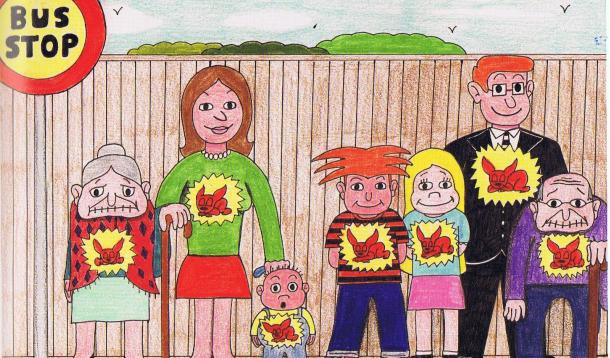 How does your child deal with anger and frustration? For a long time my answer would have involved thrashing legs, clenched fists, and crashing objects. I'm happy to report that isn't so much the case lately.

Some children (and, to be fair, adults!) are slow to evolve out of the tantrum phrase we typically associate with the "terrible twos." Often in children with autism, anxiety translates into angry outbursts.

My guy will turn six in a few months. His meltdowns tend not to be quite so epic—and by epic, I mean aggressive—but his fuse is about as short as they get. He, and by extension we, are in a permanent state of eggshell walking. The slightest thing (e.g. not shaping an 'S' perfectly when he writes) can turn him into a seething, writhing mess.

His rage has limited and impacted our lives for a while now. We have turned down invitations and walked with trepidation in any public situation, knowing the atmosphere could turn on a dime. It's a hard way to live, as those in a similar situation will concede.

Emotional intelligence is equally—if not more important—than straight-up academics, and if I had my way, E.I. would be part of the mandatory curriculum. As it stands, my guy has been receiving emotional regulation therapy weekly for well over a year now. It helps. He is learning the tools he needs to calm down, though the ability to pause and draw on those tools in the heat of the moment has thus far evaded him.

Not long ago, I came across an awesome book called The Red Beast, which teaches children how to tame the little creature that lives inside all of us. (Wonderfully illustrated by H. Al-Ghani, himself on the autism spectrum.)

The story shows what happens when a boy named Rufus allows his Red Beast to wake up and wreak havoc on the school playground. But more importantly, the book empowers kids to take charge of their own Red Beast, keeping it in line.

The story was such a hit with my son that we created a "Red Beast" box, containing a bunch of calming items—from sensory toys, to stress balls and relaxation music.

Recently, when he was on the verge of truly losing it, I reminded him about the box, and to my surprise he pulled out a lavender-filled cushion I had previously kept in my sock drawer. He lay down with the cushion and eventually managed to calm himself.

I can't tell you what a breakthrough this was for him/us! (Though, obviously, I'm blogging about it now because no success, however small, should be hoarded to oneself.)

It worked so well, I'm thinking of packing a Red Beast box of my own...

Is your child quick to anger? Which strategies do you find useful to calm him/her?

getting absorbed in a look, a face, a voice 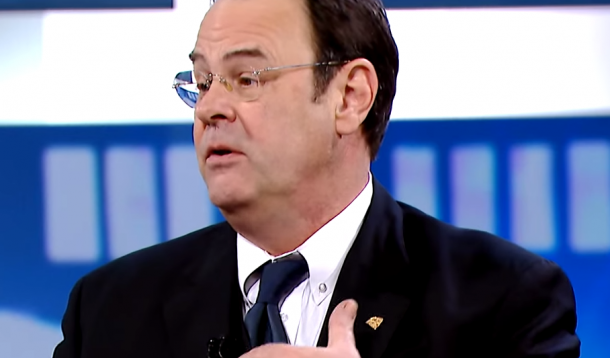 Among the handful of singers and actors who have publicly admitted that they have autism is Dan Aykroyd. In a past interview with George Stroumboulopoulos, the Canadian actor and Saturday Night Live alumnus describes being diagnosed with Tourette’s as a young boy and how having Asperger’s Syndrome has impacted his life.

In the clip below (courtesy of The Autism Site), Aykroyd initially seems dismissive of his disorder, claiming he had both "a touch" of Tourette's and autism, but has since "overcome" it. (To my knowledge, ASD is not something you grow out of, rather simply become more adept at managing the characteristics.)

In the end, it's Strombo—"people's brains work in different ways"—who highlights the ways in which Aykroyd's neurological difference may have inspired and informed his unique brand of comedy.

"Maybe getting absorbed in a look, a face, a voice when I was a kid..." admits Aykroyd. "Like Jim Carrey talks about how he used to make faces in a mirror and become absorbed. I think maybe [my comedy] might have grown out of that."

Of the celebrities suspected or diagnosed with Asperger's—including Andy Warhol, Tim Burton, and Gary Numan—many are considered mavericks in their artistic fields.

Do you believe people with ASD channel a different kind of creativity?

Can autism ever be a laughing matter? Is laughter at your child's expense okay if he doesn't get the joke?