Already I miss it; the small squish of a newborn with the shocking built-in ability to scream his tiny head off, turning it into a red wrinkly mess.

Not the screaming. I don’t miss that.

It’s the malleable newness of our baby curled up like a soft baby piglet, before bones begin to set and muscles strengthen.

I think about those early days often, usually while holding our son in the darkness of his room before he goes to sleep.

In those sleepy, bedtime moments he’s calm — now a rarity in his insanely active life — and his body melds into mine.

Oh, and the smell.

How I miss the smell: that newborn freshness, so delicious and deliriously intoxicating.

Our baby is still yummy of course (the oodles of photos in which I appear to be nibbling on him is certainly evidence of that), however a recent study out of Germany has found that when moms inhale a newborn’s scent, they may get the same satisfaction that a hungry person experiences from having their appetite satiated.

Yes, similar to the effects of enjoying a great steak, the study found that the reward centre of a mom’s brain is ignited when a mom gets a whiff of a newborn baby.

"What we have shown for the first time is that the odor of newborns … activates the neurological reward circuit in mothers. These circuits may especially be activated when you eat while being very hungry, but also in a craving addict receiving his drug," said Johannes Frasnelli, a psychology researcher at the University of Montreal, said in a statement.

"It is in fact the sating of desire."

So ladies, if you’ve ever wondered why you have the sudden urge to gobble up your little bundle of joy — those irresistibly squishy legs and arms — well it may just be because they smell so darn good.

EMBRACING THE MOMENT IS THE ROAD TO BLISS 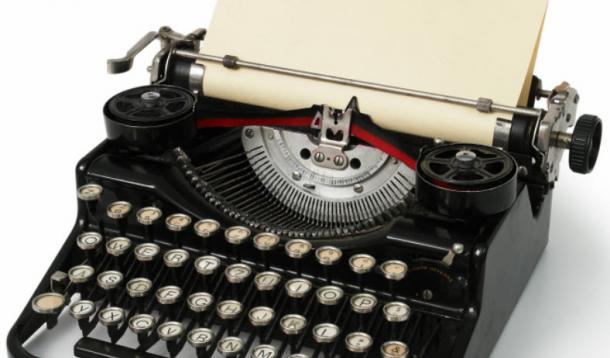 It’s just after three a.m. and my brain has jolted me awake as it has every night, with the exception of one, for the past three weeks.

Thoughts fire through me like a race full of runners all competing for first place — little soldiers moving at a furious pace.

It's as if an internal alarm clock has rung and I am awake — wide-awake — when the sky is near black, the city quiet, and my family is sleeping peacefully.

There nudging me is a mad flurry of ideas, a bizarre surge of creativity.

I imagine that the whites of my eyes must flicker in the darkness as I check the time on my phone.

Then I toss for an hour, maybe two, sometimes three.

It has become something of a ritual.

That it is entirely unplanned is one thing, the struggle to find a way of embracing it something else altogether.

And so it is, I try to live in the moment.

When I achieve this, I find my bliss. I have been asked to contemplate the subject of bliss because, in just a couple of weeks, I will be attending my first-ever BlissDom Canada Conference.

Certainly I'd like to arrive well rested. I'd prefer not to be weighed down by giant black sacks under my eyes. I’d rather not be sleepy, dopey and grumpy (or any of the seven dwarfs for that matter), but that may not happen.

This is a reality I may have to accept, and I can’t waste time fretting over it.

See, amid my nightly awakenings, I could choose to worry about tomorrow and panic about how I am going to get through the day with so little sleep. I could allow anxiety to take over or get angry because, really, what the hell am I doing up at this ungodly hour anyway?

Yes, I could get whipped up into that furious mental hurricane of stress and frustration … toss, turn, toss. In some ways, that would be easier.

While I try to hush my thoughts, to tell them to wait until a decent hour, my attempts fail.

They are speeding racecars, fire engines heading to a six-alarm blaze, taxi drivers fighting for fares. They have somewhere to go, and won’t let me get in the way.

So I let them do their thing, jittery mice fastidiously creating nests.

Soon I might succumb to them even further and decide to untangle myself from the sheets and get to the business of writing.

Living in the moment is one of the hardest things I’ve consciously tried to achieve throughout the past few years. On the most daunting stretch of an arduous run, staring at a blank white page on the computer screen, crawling along in almost dead-still traffic … my goal is to breathe in what’s happening right now ... this very second ... and welcome it for what it is.

It is an open canvas urging me to allow life and all of its strangeness to unfold and settle in.

It is the unwritten story waiting to be written, and it can be exhausting to the bone, but make no mistake, it is also (much like getting a great night of sleep), pure bliss.

AND PRACTICE WHAT WE PREACH We teach our kids to share. We tell them to say please and thank-you, to wait their turn. We tell them not to push, be rude or take toys from other kids.

We ask them to use their words, to greet others with kindness, not to judge or be cruel. We encourage them to smile and laugh, to generally be happy.

We tell them to dream big, think big, and believe in themselves. We say they can be anything they want to be. That the world is their oyster; the sky is the limit.

When we do these things and say these things, we give the best of ourselves; Our children bring our best sides out.

Yet, for all of our grown-up wisdom, we don’t always practice what we preach.

Do we actually share our toys with others? Say please and thank you? Or maybe we boss others around, belittle them and treat folks we deem below us as second rate.

Do we push people to get by instead saying ‘excuse me?’ Shove fellow commuters to get onto buses and trains first, try to steal someone else’s spot in line, pretending not to see them? Do we cut drivers off in traffic? Swear, gesture, and grunt?

Do we glare at those we believe have wronged us instead of speaking to them like adults? Read trashy magazines and slag people about their clothing choices? Mock passersby and gossip about others with our friends.

Are we remembering to smile, laugh and generally be happy?

Maybe we get caught up in the grind and forget what it’s like to dream big, think big and believe in our own selves.

Have we forgotten that the world is our oyster, that the sky is the limit.

Is it possible we have allowed our worlds to become too small? Too petty? Too angry? Too sad?

Are we remembering to try and bring out the best in ourselves, not just for our children, but also for our own health and happiness?

So I ask, are we truly remembering to practice what we preach? Perhaps we should get to work trying to be the people our children actually believe we are because man, those people would be pretty great, don't you think?