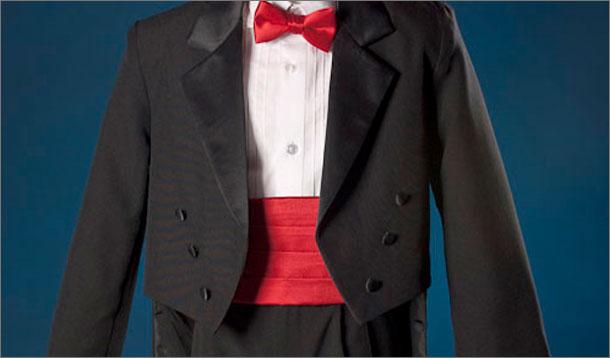 This story brings new meaning to the term 'cougar.' The marriage of an eight-year-old African boy to a 61-year-old woman might turn your stomach. But it really is all about different strokes. And if it makes your own mom happy, it can't be that bad. Or can it?

According to an article in the Daily Mail, Sanele Masilela walked down the aisle with Helen Shabangu, a woman old enough to be his grandmother, "because the ghost of his dead ancestor told him to."

The boy's family, from Tshwane in South Africa, apparently paid around $2,300 for the wedding "fearing divine retribution." See what superstition can buy you!

"Sanele is named after his grandfather, who was never had a white wedding before he died so asked Sanele to get married," said Sanele's 46-year-old mother, Patience Masilela. "He chose Helen because he loves her ... By doing this we made the ancestors happy. If we hadn't done what my son had asked then something bad would have happened in the family."

Although the community—and now the world—was shocked by the nuptials, the family defended the union, which by all accounts was more a ritual than a legally binding act. Even Sanele, looking dapper in a silver suit and bow tie, looks pissed off in the pictures. But he claims he was excited and happy to be marrying Helen.

Apparently normal life resumes for the newlyweds, who are not expected to live together as part of the arrangement. There is (mercifully) no marriage certificate, either. Even so chaste kisses were exchanged in the ceremony attended by 100 revelers.

"When I'm older I will marry a lady my own age." Phew for small mercies. I doubt very much that Alfred, Helen's husband of 30 years, would be too thrilled having a younger man as competition.

A little twisted or a silly little ritual?

We all have those days when we feel like auctioning our kids to the highest bidder. But most of us are kidding. Notice I said 'most of'... There's always one. In this case, a 22-year-old mom of two trying to sell off her two tots on Facebook for a mere $4,000.

According to an article in Mashable, Misty VanHorn was arrested in Oklahoma for trafficking of her 2-year-old and 10-month-old. Sadly, it's not even the first time the desperate and broke mom tried to sell off her kids—for $1,000, or a "package deal" for the two of them at a bargain $4,000.

Scarier still, she had a willing pundit: a woman from Arkansas, just across the state border.

"Just come to Sallisaw, it's only 30 minutes away and I'll give you all of her stuff and let y'all have her forever for $1,000," read VanHorn's Facebook message to the woman. Shudder.

It's believed the mom wanted the cash to bail her boyfriend out of jail. Hopefully a jail she'll soon find herself in... Her kids are in state custody, pending a decent home to go to.

Next time you have a rough day with your kids, don't even think of threatening to put them on Kijiji or Craigslist. Seriously. Don't even joke about it. 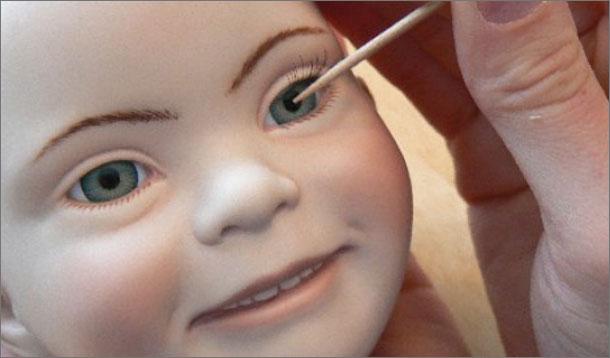