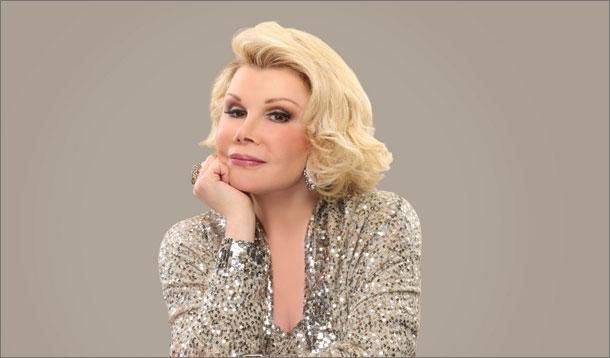 That's right. Read it again: 734. That's the shocking number of cosmetic surgeries undergone by Joan Rivers. I hope she found a cozy place in the Guiness Book for that accolade.

The self-deprecating 78-year-old funnywoman recently underwent yet another procedure to "tune up" her neck, even though her her daughter Melissa warned that the operation might kill her.

During filming of the second series of her reality show Joan & Melissa: Joan Knows Best, Melissa tried to talk her mother out of the surgery, saying: "I don't want you to die."

True to form, Joan simply replied: "My body is a temple, and my temple needs redecorating."

Surprisingly, the self-professed vain comedienne allowed the cameras to film her sans make-up before the surgery. The devastation was evident, as close-ups revealed a Jacko-esque barely there nose and heavy handed manipulation of her lips and eyes.  Definitely must-watch footage for this mom.

Joan seems to have the female version of Peter Pan syndrome. She even admitted to regretting not being taught sex tricks as a young woman. "It was all trial and error, and in my day, you didn't even talk about it, so it was really finding out by yourself."

Sad addiction or her prerogative? Would you consider getting a major 'job' done as a granny, or is it high time to embrace your face?

Ghost of the Woman 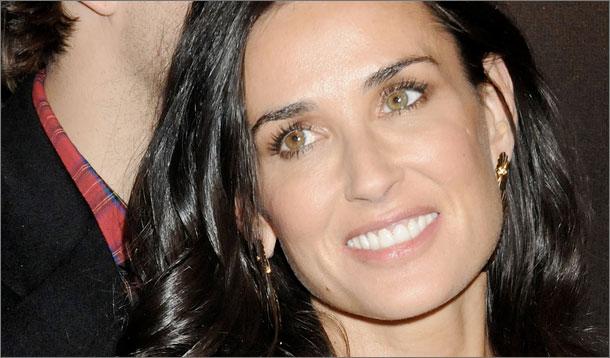 She may be best known for baring more than her teeth.  There was that magazine cover, and who can forget the wreck that was Striptease, but it may surprise you to know that Demi Moore is actually really insecure about her looks.

So says an expose in this week's issue of People, which claims that as the Ghost actress nears her 50th anniversary, she isn't exactly aging gracefully behind the scenes.

In fact, sources say that following the breakdown of her marriage to Ashton Kutcher, 33, Demi, who was attacked by the media for being a cougar, has been on the downward spiral -- "barely eating and partying wildly before her drug-fueled breakdown."

Much was made of the age difference between Demi and Kutcher, which ultimately became a strain on the former who apparently "convinced herself that she needed to stay young and skinny to remain attractive to her husband."

Sadly, Demi needed continual reassurance about her looks, and was "always fixated on being young. And the only thing that tied her to that, as she got older, was her marriage to a younger guy and hanging around young people."

The story also claims that at one point ex-hubby Bruce Willis reached out to try to help the troubled actress, who is now seeking treatment following her Jan. 23 hospitalization.

Let's hope Demi gets the help she needs, and follows the healthy example of this confident and talented leading lady.

Do you think marrying a much younger partner set you up for body insecurity?