No ifs, ands, or butts about it 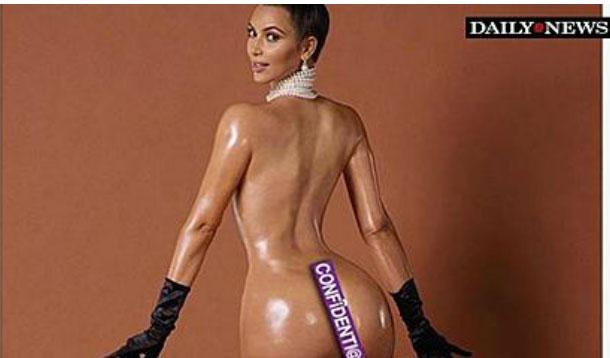 It may just be a bare butt. We all have one, but admittedly (with the possible exception of Jennifer Lopez) no one has one quite like Kim Kardashian, as evidenced by her latest racy Paper magazine cover. Even though the 34 year-old reality star's plan to "break the Internet" didn't quite come off, she got tongues wagging—as she always does. All it took was a good bottle of olive oil and a shot of her mooning for the cameras.

Some Instragrammers were concerned about kids accessing the image. And fellow celeb, Glee actress, Naya Rivera's distaste for the cover was palpable.

I happen to be pretty conservative, but even I can see the folly in Rivera's statement. What, so now that you're a mom you have to retire your hot and sexy title and start wearing aprons? What ever happened to "If you've got the post-baby bod, flaunt it?"

And though I'm no fan of Kim Kardashian, I've got to give the woman her due for working the PR machine. For someone who got her start from a sex tape, she's gone on to make a lucrative "career" from it. I may not agree with the means, but clearly the Kardashians can be credited with having some serious business savvy. Any public move she makes is carefully orchestrated and executed, and not one single "peek at her cheeks" escapes prior planning. ANd look! Here we are now talking about it.

Like J-Lo before her, Kardashian is making hay while the sun shines (on her posterior, mainly). I'm no fan by any stretch, but I'll never blame or judge her for it.

You tell me: Is it time for Kim Kardashian to cover up now that she's a mom, or flaunt it while she's got it, baby?
Like them or loathe them, no one can seem to ignore 'Kimye'—not even this New York newspaper.
Category:
Culture - Celebrity
Tags:
mummy buzz
Kim Kardashian
kardashian
paper magazine
racy photo
racy cover
hated celebrities
reality tv
#breaktheinternet
#papermagazine
Nov
11
2014

No Pudding Pops For You, Mr. Cosby 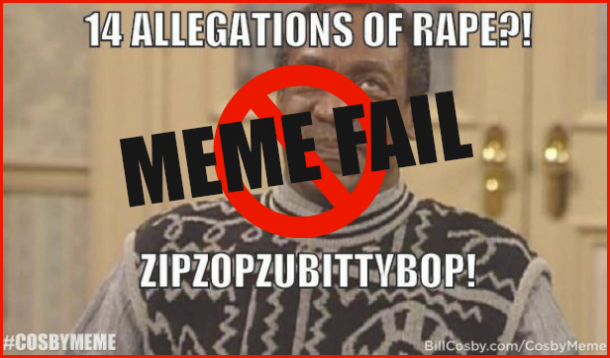 If you're a famous comedian and television personality with a slew of rape allegations following you around, you'd think you'd have the good sense to quietly fade into sitcom oblivion. But then you wouldn't be Bill Cosby - who, perhaps with delusions of grandeur - decided he would invite the Internet to create memes about him. The PR attempt to improve his reputation was, well, a disaster.

Does Bill Cosby understand how the internet works, exactly?

Cosby memes were created as requested — just not the affectionately nostalgic kind Cosby and his team likely envisioned. Nope; turns out people had a lot to say about the once-beloved star of The Cosby Show and it wasn't all pudding pops and Fat Albert.

Almost instantaneously, #CosbyMeme became synonymous with rape and rape culture, cueing Cosby's people to frantically hit the delete button on any mention of the words "rape," or variations on the theme. 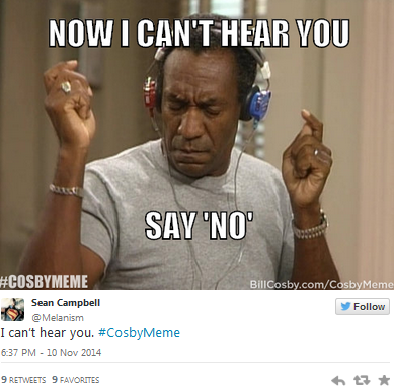 The allegations against Cosby stem from charges almost 20 years ago - and at this point they are just that - allegations. But stand-up comedian Hannibal Buress created a media storm by calling Cosby a “rapist” while performing in Philadelphia recently. Since then, the response hasn't been kind, with one article explaining why we have such trouble viewing Cosby and other celebrities we come to admire and respect as "sexual predators." Sound at all familiar?

We get sucked in, thinking we *know* this famous person simply by virtue of seeing them on screen. But the difference between the public and private persona can be as marked as that of Jeckyll and Hyde. And we are guilty to falling prey to delusions in our own right.

Not surprisingly, the Cosby meme generator mysteriously—poof!—disappeared as quickly as it came along. But the Twitter-at-large takeover will likely live on for a while yet. 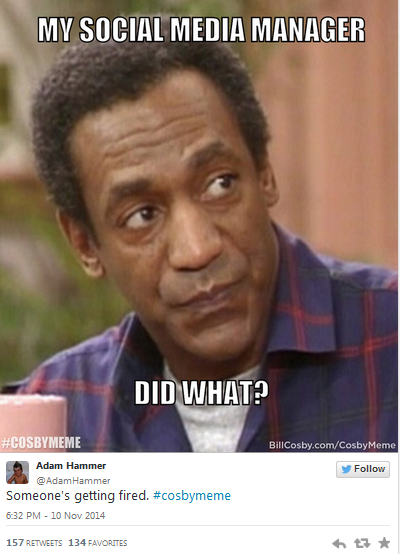 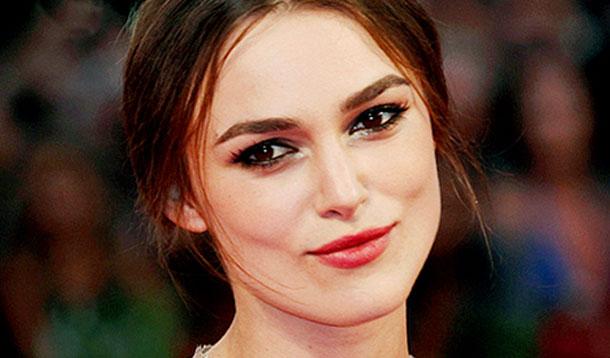 Keira Knightley is sick to death of being "touched up" - by photographers, that is. It's refreshing to see the British actress take a stand against overzealous Photoshopping in her shoot for Interview magazine.

For the stunning black-and-white topless image, 29-year-old Knightley insisted that no liberties were taken to touch up or airbrush her photo, especially not her breasts.

"I think women's bodies are a battleground, and photography is partly to blame," said Knightley, who claims her body has been "manipulated so many different times for so many different reasons" over the years.

So often we are told to love and accept our bodies as they are, yet in fashion magazines that often feels like mere lip service.

Knightley, whose boobs were forever being "pencilled in" on movie posters and magazine covers, has bravely put paid to that message by refusing to have their size or shape altered for the Interview shoot.

In the fashion industry, the usual refrain involves relentless pressure to be thin or conform to a subjective ideal. But what about pressure regarding women's breasts? When particular female body parts come under scrutiny, "breasts" are always at the top of the list. If bodies come in all different shapes and sizes, then so too do breasts. But few women naturally possess the media's singular ideal, causing many to obtain implants and even reductions.

Small-chested women of the world salute you, Keira!

This actress claimed her magazine cover looks nothing like her.