Is the Holderness family video Sweet or smug? 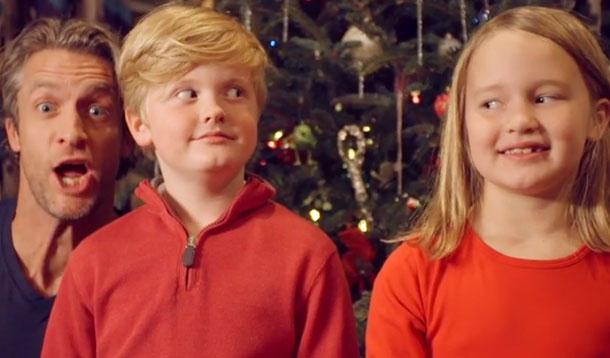 I'd say that the Holderness family is back, but then in order to be back they would have to have gone away in the first place, right? Just this past Thanksgiving they broke the internet with their trademark cutesy family video of "All About That Baste" (parodying "All About That Bass").

And boy, do they feel fine.

After all, all it took was a video of the family horsing around for mom and dad, otherwise known as Kim and Penn, to turn their video production company, Greenroom Communications, golden.

As I pressed play, teeth gritted, a strange thing happened. I badly wanted to despise their grins bursting with wholesomeness. I wanted to view them as a shining example of white privilege and media whoring. But they are so damned cute! Even when they are rhyming off their respective yearly achievements (which is part and parcel of those cloying Christmas messages).

And even though I think their saturation point has been reached by now, the Jammies clan plans to continue usurping YouTube at every public holiday as long as the clicks come pouring in. They'd better tread carefully, though, because public adulation can turn to aggravation on a dime. Just ask Justin Bieber.

But as long as they are keeping it real and relatable (like Kim confessing that she peed a little while jumping rope at CrossFit), then the Holderness family will continue to hold a special place on our screens. 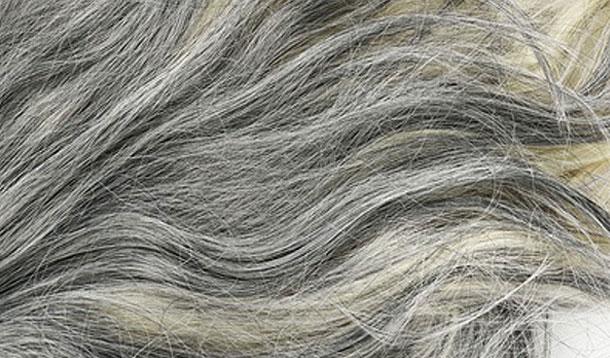 I'm not big on beauty trends. In fact, I'm basically oblivious to fashion, but there is one new look that I really hope sticks. Though the "Girls" actress is only 26, Zosia Mamet decided to dye her then platinum-blonde hair a bold shade of... grey.

Wait, what? I know! Entire aisles in pharmacies are devoted to purging women of a certain age of grey, and here is this young thing consciously embracing the inevitable. Except that she probably didn't have a single solitary grey strand on her head in the first place.

Two Women Go Head-To-Head About Getting Botox Injections: Which Side Are You On?

Though it's kind of cruel irony that Mamet is dyeing her hair to achieve what many women put off for as long as possible, I'm secretly crossing every body part I own in the hopes that she and fellow "gray-haired" celebs Dascha Polanco and Tori Spelling make grey groovy, if only for a limited time.

"I got bored," admitted Mamet. Like so many of us, she wanted to switch up her colour. Her stylist poo-pooed the idea of violet as "too childish." And so the actress finished with "antique grey," which US Magazine, somewhat scathingly, referred to as "granny-chic."

Mamet bravely flaunted her new look at the A Most Violent Year premiere in New York City recently. Her inspiration came from the strangest place: public transit.

"I would often be on the subway and see girls with various hair colours and be super envious of that colour," said Mamet. "So I just decided that I wanted to do the colours that I always wanted."

While I think her hair looks stunning, I'm nowhere near ready to "let it go" (grey). I remember the first time I glimpsed my mother after she bravely made the choice to quit colouring. I admit it was a shock. Her hair looked radiant, shiny and so much thicker. But, well, she did look a lot older.

Overnight she became a granny in society's eyes. She became 'ma'am.' She wasn't quite prepared to be offered pensioner discounts when she went to the movies. She wasn't prepared for that look—you know the almost withering one, that keeps us racing back to the salon or the pharmacy at the first sign of regrowth.

Let's hope that Mamet makes at least some of us think twice before running. 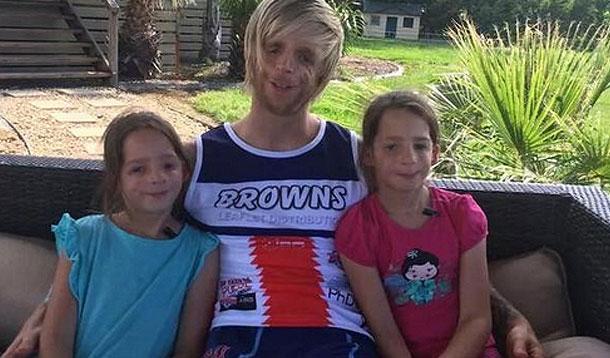 His name rhymes with Bono, and to some kids he's way cooler than Santa. And even though you've never heard of Jono Lancaster - much like the jolly man in the red suit - he's been travelling the world, brightening young lives all around him.

Lancaster has Treacher Collins' syndrome, a rare genetic disorder that prevents the skull, jawbones and cheeks from developing completely.

“I grew up with Treacher Collins and I kind of felt like I was on my own and I felt like I was the only one out in the world that was like me,” said Lancaster. "I would have loved to have met somebody like myself when I was younger … somebody who had got a job, got a partner, and said to me ‘these are the things you can do, you can achieve.’"

Lancaster has literally become the change he wanted to see in the world. He has made a point of connecting with children who have Treacher's so they feel less isolated than he did as a kid. Even if it means travelling all over the place.

After a mom discovered he would be visiting Australia, she connected with Lancaster via Facebook, and he agreed to meet her two-year-old son, Zackary. From there similar visits were arranged, taking him all over the land down under.

“[Jono] is a celebrity to us—he’s a huge inspiration,” Zack's mom told a local Adelaide paper.

Lancaster is giving the next generation hope that their genetic condition doesn't have to get in the way of them leading full, happy lives. You only have to glimpse the man's Twitter feed to witness the extent of his reach. His tweets are so beautiful and moving, I defy you to stay dry-eyed while reading.

This real-life Saint Nick is making magic and touching lives wherever he goes, and he doesn't even have to wear a red suit or a silly beard to do so. You are a true rockstar, Jono!