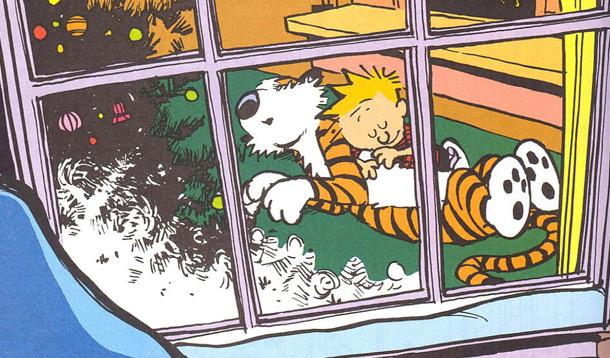 When it comes to outdoor holiday decorations, not everyone is a fan of colourful lights and reindeer made out of firewood. A maverick thought he'd breathe new life into the tired lawn display this year, because he wanted to create "something vaguely #christmas-y but not cheesy." But not everyone shares his sense of humour.

Memory Lane: Use Santa Photos in Your Holiday Decor

No nativity scenes here, folks. In true C&H style, the cartoons deconstruct Christmas by subjecting Frosty to a touch of ultraviolence. In one scene, a snowman is depicted with a noose around its neck; in another, for Daigle's front porch, a boy armed with a saw performs a "snowman lobotomy."

While adults may appreciate the craft and subversive humour in Daigle's efforts, I have a feeling his name will be promptly scratched off the neighbours' Christmas card lists.

You tell me: delightfully wicked or wholly inappropriate? 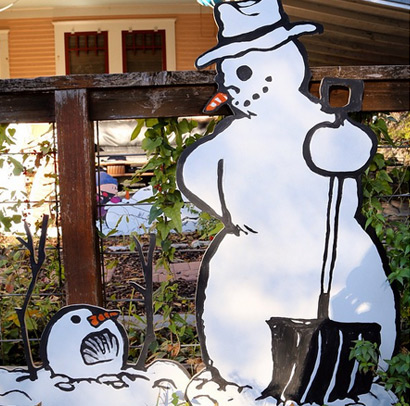 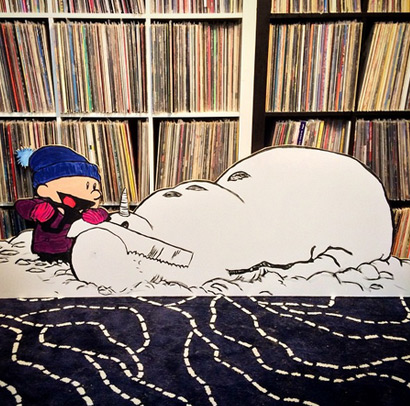 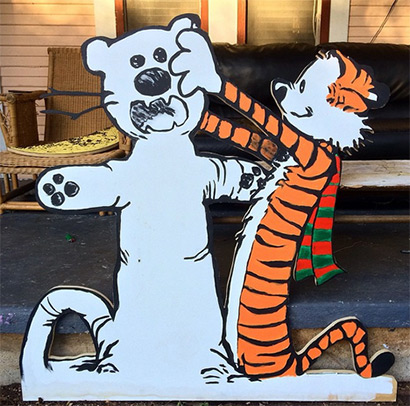 Eat your heart out, Gaga 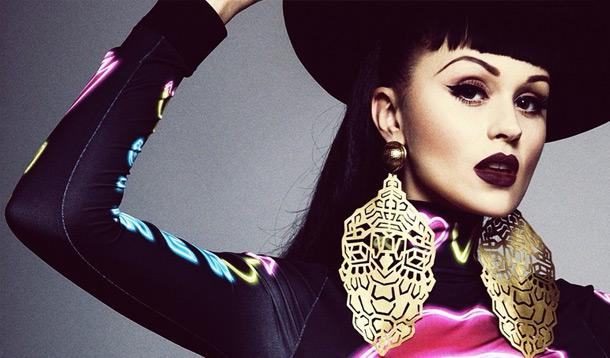 Is the world ready for a disabled pop star? Ready or not, Viktoria Modesta is here, and she's impossible to ignore.

After being born with a damaged lower leg, Modesta finally underwent an amputation as a teen, but her missing limb has not held back her music career.

Is Lady Gaga's Born This Way Charity a Scam?

If the video for her song 'Prototype' is anything to go by, she is capitalizing on the difference. In fact, Lady Gaga would go gaga over how Modesta uses various artificial limbs—including a spike and a prosthetic lit up like a bulb—as a sexy accessory.

Truly, this is uncharted territory.

"...in the video I made every point of pushing my sexuality to the level that I’m comfortable with," says Modesta. "It isn’t about being objectified and trying to please a male audience; it’s about representing a sexuality that I felt good about.”

In fact, Modesta claims to feel empowered by her difference, and the world has taken notice. Channel 4 in the UK aired the singer's video during a commercial break on the X Factor finale, racking up more than 10 million views on the channel's website, with a further 1.5 million views via YouTube.

Born in Latvia, Modesta moved to England when she was 12. Not surprisingly, she describes her school experience as “absolutely horrific—being foreign, looking different.” She became suicidal as a teen, and ultimately dropped out of school before finding solace in London’s alternative clubbing scene.

As an amputee, Modesta doesn't feel like the poster girl for disability, yet her entire style and image hinge on drawing attention to her difference.

"I represent the feeling that you have a choice to create your own identity," she says. "It is more than just coming out as the first amputee music fashion artist, whatever you want to call it. It’s about taking charge of your own assets."

While the quality of Modesta's music is up for debate, anyone who brings disability to the mainstream deserves kudos. However, I long for the day when an artist can simply be an artist first and foremost, without the word 'disability' even entering the conversation. 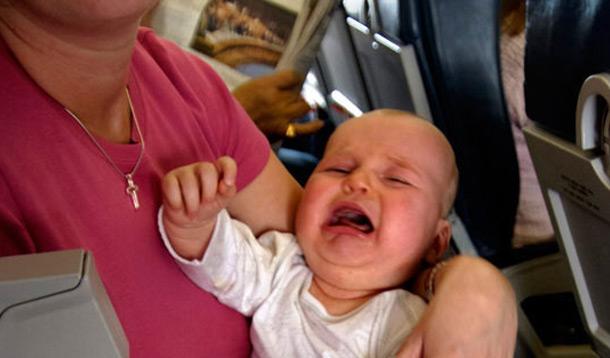 Travelling with an infant is tough. Many a parent—and passenger—has been driven to despair and tears and vodka from the sound of a wailing baby while soaring at 30,000 feet. Recently that 'situation' escalated into a full-blown brawl on an Air China flight.

En route from Chongqing to Hong Kong, two women complained to a mom, demanding she silence her noisy babe. Words were had. When the women retaliated by reclining their seats all the way back, the mom lost the plot. Karate chopping ensued, and punches were flung in both directions.

This viral video of a baby's emotional reaction to her mom's singing will bring tears to your eyes.

At which point the baby screamed, and one passenger described a scene from "some bizarre film.” Crouching Tiger Moms, Hidden Dragon Baby.

We are all reasonable grown people. But the state of flying today (e.g. cramped into ever-shrinking confines for hours on end) has turned us into combative, crazed mice. Add a screaming baby to the mix, and it's no wonder all dignity and common courtesy goes out the window seat.

The Air China incident was not the first time a wailing youngster drove a passenger to commit a random act of violence. In 2013, a man flying Delta slapped a crying toddler in the face while delivering a racial slur to the baby's mother.

He got eight months in jail for assault.

In an ideal world, babies would not board planes. But we don't live in an ideal world. Babies sometimes have to travel, too. But newsflash: babies don't come with a simple remote control allowing you to turn down the volume at any given time.

If you hate the sound of a baby crying on a flight, multiply that suffering tenfold, because I guarantee that mom is counting down the hours, minutes and seconds until landing.

If you are a parent traveling with an infant, consider some of the wonderful tips in this article. And be considerate of other passengers. While you can't stop your baby from crying, don't stuff a poopy diaper in the bag directly in front of your seatmate or howl back and forth to your other children seated several rows behind you (true story).

If you are a passenger, to some degree you must grin and bear it. Distract or play with the baby, maybe even offer to hold him so the mom can enjoy five minutes' peace. A cooing baby will help the time fly, and who knows, you may even enjoy it.