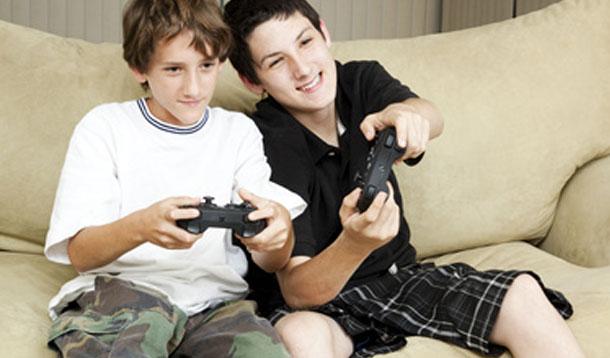 Forget for a moment what you've read about screen time and weight gain. A new study by Ryerson University has found that a spot of Angry Birds before mealtime can, in fact, cause boys to eat less, not more.

Contrary to everything we've been led to believe about screen time (including gaming) contributing to obesity, this research seems to turn that assumption on its head. Nutrition professor Nick Bellissimo concluded that boys who played a game before eating pizza consumed an average of 50 fewer calories than if they hadn't played.

In short, this study could be a game changer that will force researchers (not to mention parents and nutritionists) to rethink everything we thought we knew about gaming.

The boys involved in the study at Ryerson's Food Intake Regulation Satiety Testing (FIRST) lab were all 14 years old, in a "healthy body weight range.”

The mood was crucial to the set up, because the boys tended to be happy after a gaming session, which in turn prevented them from overeating at their next meal.

Of course these are otherwise healthy, active boys, and the inference is that they are not spending hours gaming.

That's not to say that parents should actively encourage their kids to play more games. But most of us can rest assured that 30 minutes of Angry Birds before dinner won't hurt in the long run, either.

This study is the first in a series in which Bellissimo looks at the effect of screen time on boys' appetites. Interestingly, a similar experiment with girls revealed no significant difference in appetite.

See what happened when a bunch of kids gave up their screens for a week.