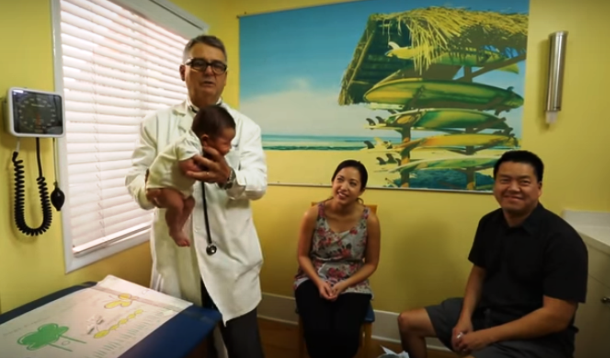 A California-based pediatrician is being dubbed 'The Baby Whisperer' after releasing a video of him quieting infants with a simple hold.

In practice for about 30 years, it's safe to assume that Dr. Bob Hamilton has learned a thing or two about soothing babies in his day.

For some reason, he he has only now decided to share his hard-earned wisdom with the world courtesy of a YouTube video that is fast gaining momentum on social media.

In the short video, Dr. Hamilton concisely describes and performs his technique on various crying infants in his medical office. And it seems to work like a dream.

Watch and learn. Then, if you're anything like me, sit down and heave a great despondent sigh that Dr. Hamilton's advice wasn't available when you had a little wailer of your own.

As the Dr. Hamilton himself oints out, The Hold has limitations: it's only recommended for babies under two to three months old, and obviously won't cut it if your infant is sick or hungry.

And even then, so-called 'faciliated tucking' is not a magical solution, cautions clinical psychologist and professor of pediatrics at Dalhousie University, Christine Chambers. The Hold may only work for a brief time before parents must resort to other proven strategies to relieve a crying infant.

"There is some evidence that facilitated tucking is effective to reduce pain and distress in babies undergoing painful procedures, but it is not as effective as breastfeeding, skin-to-skin, and sucrose, all of which are proven pain control strategies for babies," said Chambers, who partnered with YMC for the #ItDoesntHaveToHurt social media campaign.

It goes without saying, before you try The Hold at home be extremely careful not to drop or otherwise injure the baby.

RELATED: This May Be Why Your Baby is Crying

And give glitter a miss 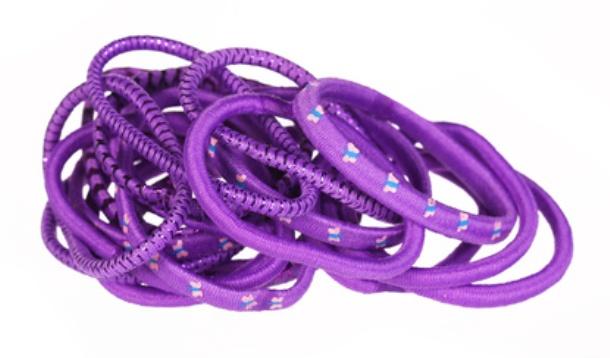 How many of us keep a band handy on our wrists for when we want to throw up our hair in a pinch? Doctors are cautioning against the hair tie habit, after a Kentucky woman needed emergency surgery.

It was moving day for Audrey Kopp, and she was understandably too busy to pay much attention to a small cut on her arm which she assumed was a spider bite.

That abrasion turned into a painful bump.

By the time she saw the doctor, the lump had become infected and antibiotics didn't cut it. Kopp required emergency surgery to drain the abscess.

Take it from me, the footage below is disgusting, and it's hard to believe such a grotesque infection stemmed from a simple hair band.

Although it seems hard to believe, bacterial infections from hair bands aren't unheard of. And watches can be culprits, too.

Take care with anything worn on the wrist that could pinch or otherwise restrict blood flow.

If you can stick a finger under it, advise experts, you're probably safe.

But don't leave a band on all day long and don't wear it to bed. Let the skin to air out to minimize risk of bacteria getting trapped.

Clean your hair bands regularly as you would hair brushes or any other clothing item.

And while you're at it, give the glitter a miss. The sparkle can rub against your skin, causing a cut like Kopp's. 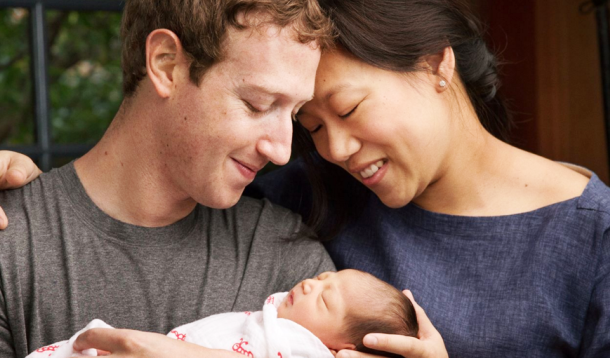 The Chan Zuckerbergs (Mark and Priscilla, aka Mr and Mrs Facebook) have just given you and me - and the other 7 billion people on planet earth - the biggest and hands-down best Christmas present.

Nothing gives you pause quite like bringing a new human into the world to realize how crummy it can be. Poverty, inequality... How do we reconcile these things with the pure beauty of the newborn in our arms? We can't.

Following the recent birth of his daughter, the social media site's founder has now founded a charity called the Chan Zuckerberg Initiative, which will solely be devoted to bettering this world of ours.

But few people aside from Bill Gates, Richard Branson and Oprah are in a real position to "change the world" (or even utter those silly words) in any meaningful kind of way. Mark Zuckerberg is, though, and he's committed to giving 99% of Facebook shares to that cause.

Zuckerberg, aptly, announced the plan on his Facebook page in the form an incredibly touching letter to his daughter, Max:

Priscilla and I are so happy to welcome our daughter Max into this world!For her birth, we wrote a letter to her about...

"Your mother and I don’t yet have the words to describe the hope you give us for the future ... Like all parents, we want you to grow up in a world better than ours today," he wrote.

"We will do our part to make [the world better], not only because we love you, but also because we have a moral responsibility to all children in the next generation."

As far as philanthropic gestures go, this is as good as it gets.

It's hoped the motion will spur the wealthy elite not just to give, but to give in an epic fashion. Even a hardened cynic like me has nothing but wonder and awe at this news.