Is the paranoia warranted? 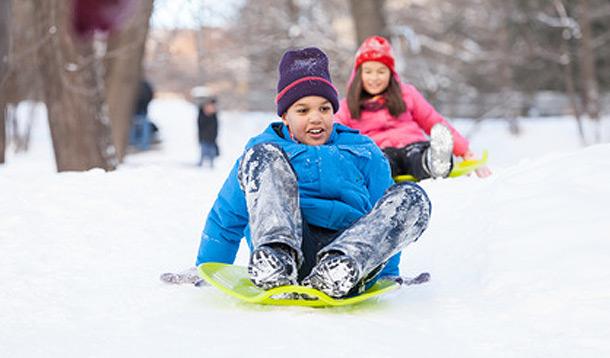 Children will be children, except in Dubuque, Iowa, where one of the best-loved winter activities—tobogganing—has been banned in all but a few of its 50 parks. In Health and Safety meets Bubble Wrapping gone mad, the city has decided to ban sledding over liability concerns that could lead to civil lawsuits.

After all, those class actions can be costly. Like upwards of $2m kind of costly. And when you can't manage the hills, the answer is simple: you close them. Other cities in the state have taken more level-headed options, such as posting signs reminding sledders of the potential hazards of hurtling yourself down a hill at a hundred miles an hour on a paper-thin bit of plastic.

It begs the question: is it up to courts to protect us from ourselves?

And is Dubuque's paranoia warranted? Sort of. From 1997 to 2007, ERs were flooded with more than 20,000 kids every year in the U.S. due to sledding-related injuries. Stories like the one in which a five year-old was paralyzed after her sled crashed into a tree are enough to make you want to lock your kids inside their rooms until they turn 18.

Helmets can only do so much. Just last year I hurt my coccyx when sledding with my son. Cue X-rays and several agonizing weeks. All the while I was thankful my body had absorbed the shock, not his. And always, always in the back of my mind is an old friend who landed in traction for six months after a spinal cord injury. Bet she has a few things to say about tobogganing...

This Study Done On Winter Helmets Had Shocking Results

She is proof that the worst-case scenario does happen sometimes. Yet every day we take calculated risks—calculated being the operative word—and live to tell about it. We love our kids and we don't want anything bad to happen them, granted. But if you put the kibosh on certain activities, where do you stop? Street hockey, bouncy castles, hard balls, snow balls, trampolines, skating, running, breathing... 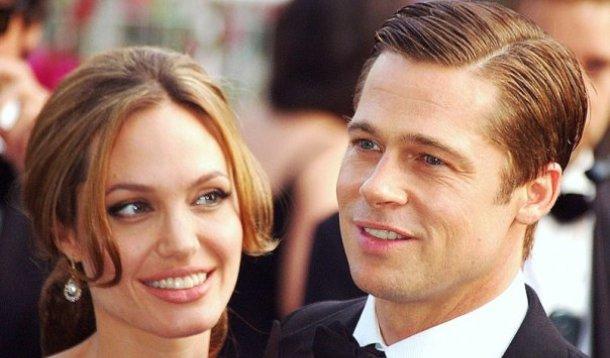 If you are a regular peruser of all things celebrity, you may have noticed an interesting happening recently. When the Brad Pitt-Angelina Jolie clan appeared at the recent showing of Jolie's film, 'Unbroken,' one of their kids looked noticeably different on the red carpet.

Yes, little Shiloh apparently self-identifies as male—and even prefers to go by the name John. And instead of trying to conceal the fact for one night, for the sake of the cameras, Shiloh's parents fully supported John's transformation.

Why Angelina Jolie Chose To Have A Double Mastectomy

And so the 8 year-old braved the red carpet in a tuxedo, with a new, cropped haircut.

“She wants to be a boy..." said Angelina Jolie, without coming right out and saying her daughter is transgender. "So we had to cut her hair. She likes to wear boys’ everything. She thinks she’s one of the brothers.”

For a family relentlessly stuck under the glare of the spotlight, it must have been extra challenging to adapt to this change in full view of the public and paparazzi.

Even parents need good role models. Together with this Australian couple, the Hollywood royalty is paving the way for other parents who may be unsure how to handle gender identity transitions in their children. Not surprisingly, the Jolie-Pitts are doing so with ease and finesse.

And for that we applaud them.

not the latest must-have accessory 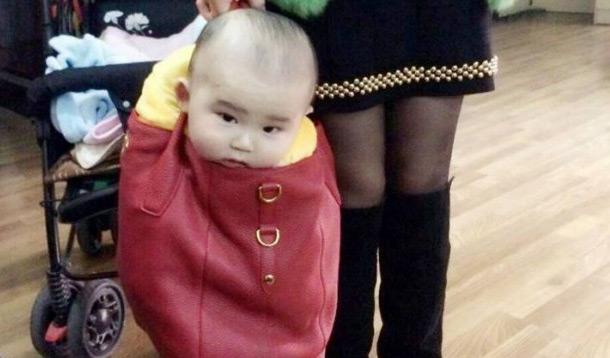 It wasn't a fashion statement. Yet a Chinese mom who took a novel approach to baby carrying faced the wrath of the Internet.

Xue Hsueh may have just been horsing around when she slipped her nine-month-old son inside her designer handbag. But the photo posted on social media by the 26-year-old invited scorn and accusations of Paris Hilton-type stylizing. A baby is not a Chihuahua. A baby is not the latest must-have accessory.

This Mom Was Arrested For Swearing At Her Kids

"I wonder what she will do when the straps break on her handbag?" wrote one user, LucyX.

So much for the passing 'joke' made by Xue and her friend. (The ruse being that this is what childcare would look like if left to men.)

Remember the baby on the wedding dress train? Remember the dad at the skate park? The internet is quick to jump to conclusions and to point the finger at questionable parenting decisions. Sometimes too quick.

And perhaps it is testament to our own insecurity as parents that we are so quick to label the glaring missteps of fellow parents. It's pure sanctimommyish behaviour. Like saying: See, I'm a responsible parent. *I* would never do that.

We'd do better to take a step back and look at the situation from another angle. Context, after all, is everything. So I don't see how the handbag differs from all those Anne Geddes type photos of babies posed inside pumpkins or roasting pans or whatever.
If the mom actually carried her baby around everywhere in her purse, this would be a different story. And even then, I'm not sure it would be my job to tell it.
Category:
Family - Babies
Tags:
mummy buzz
baby in handbag
baby in purse
sanctimommy
social media
baby carrier
baby wearing