Do you remember July 9th? 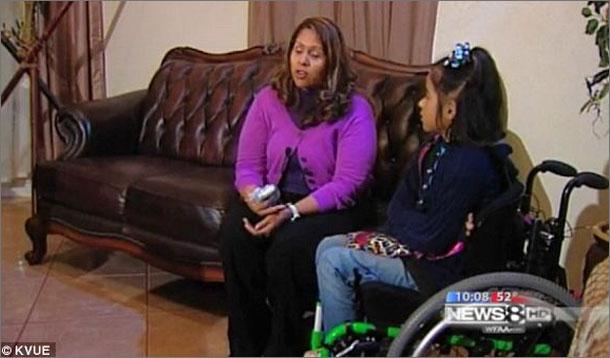 Before you consider having 'one for the road' this holiday season, consider the words a 9-year-old Texas girl wrote to the drunk driver who changed her life forever.

According to an article in the Huffington Post, Xitclalli “Chilli” Vasquez, then seven, and her aunt and sister were en route to have their hair done at the mall when their car was struck. The collision left Chilli paralyzed from the waist down.

In court for his sentencing, she had this to say to Jeremy Solis, the drunk driver whose blood alcohol was almost three times the level limit:

"I could not talk, so I had to use my thumb to answer yes or no...while I was in ICU I had very bad moments. They take me to Xrays every day, feed me through my gbutton, I had tubes through my mouth and nose," said the letter, as read in court by Xitclalli's mother. "I would like you to meet me and my family…there are days that are bad because I have a hard time getting around... Look at what I said and the words I said and tell me how I look and feel. How do you feel today? Do you remember July 9th?"

Xitclalli hopes the driver who did this to her will say he is sorry. Meantime, she plans to continue writing to Solis, who pled guilty, as he serves his 10-year sentence.

But the Vasquez family still needs help to cover the medical expenses that have so far cost them $1.6 million. Anyone wishing to contribute can contact Melody McDonald Lanier at the Tarrant County District Attorney’s Office. 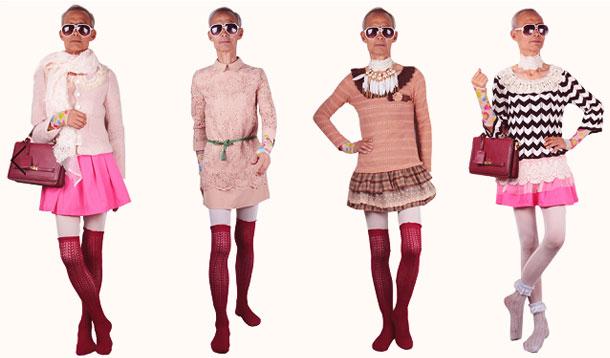 Your granddad ever embarrass you with tall tales of trekking miles through waist-high snow drifts en route to school? Well, imagine if he paraded around in women's clothing? Liu Xianping models ladies fashions for his granddaughter's online clothing store. He's 72.

"Why [is it] unacceptable (for someone like me to wear women's clothes)? Modelling for the store is helping my granddaughter and I have nothing to lose. We were very happy on the day of the shooting. I'm very old and all that I care about is to be happy," said Liu.

According to an article in Gawker, Liu's "modelling career" started when he held up an article of clothing and chimed in with his advice on how it should look. The camera started rolling, and hasn't stopped.

So the next time your granddad wants to wax lyrical about the good olden days, indulge him. After all, it could be worse. He could be wearing one of your skirts and a pair of your sheer stockings.

Liu, you carry on rocking the frock in the name of family!

The Firefighter Who Saved me 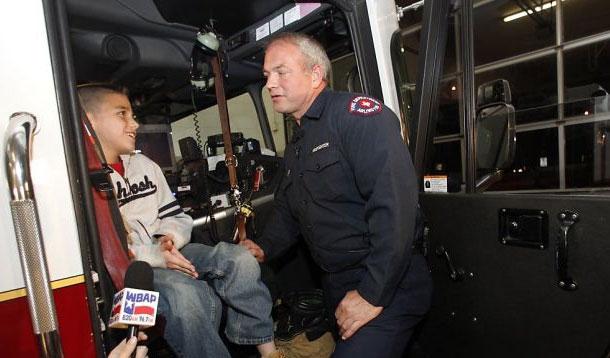 A Texas boy had an unusual wish for his tenth birthday. He finally got to meet the firefighter who saved him as a baby.

According to an article in the Huffington Post, Koregan Quintanilla was abandoned at the fire station as an infant. Under the 2002 Texas' Baby Moses law, a parent is allowed to "leave an unharmed infant up to 60 days old at a fire station or hospital with no questions asked."

The baby is then taken into custody by Child Protective Services. Other U.S. states have similar laws, though Texas was one of the first to implement the law in 2001. Since 2009, 43 babies are said to have been 'dropped off' this way.

Firefighter Wesley Keck was equally excited to see the boy that he brought in from the cold one November morning.

"I announced that somebody had left us a gift," said Keck. "I checked him out, and he seemed fine. I don't remember him crying. I held him, and he slept a lot...I have four kids, and some of the other firefighters are fathers, so taking care of babies wasn't new to us."

Koregan's adoptive mother, Rebecca Quintanilla, organized the reunion for her son who has always known his origins.

A happy ending all around. Is this an ideal service to provide for parents who maybe aren't fit to look after their babies?