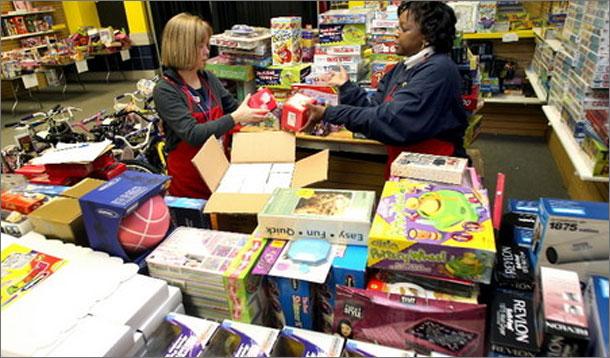 Long considered one of the bastions in charitable giving, the Salvation Army is now the subject of a police investigation after $2 million in toys and food were stolen from internal sources.

According to an article in the Star, the donated goods were pilfered from the Sally Ann's Railside Road warehouse in Toronto over a two-year period.

An employee complaint prompted the investigation. The executive director has since been fired, and the agency has so far refused to respond to the CBC’s inquiries.

This is the second 'inside job' involving the Salvation Army in recent months. The Ottawa executive director was also fired after a reported internal theft of $240,000 from the charity's offices.

To my mind this is as low as it gets. Thinking of all the kids and families that will now go without toys and food this coming holiday season makes my blood boil...

Do you implicitly trust the charities you give to? 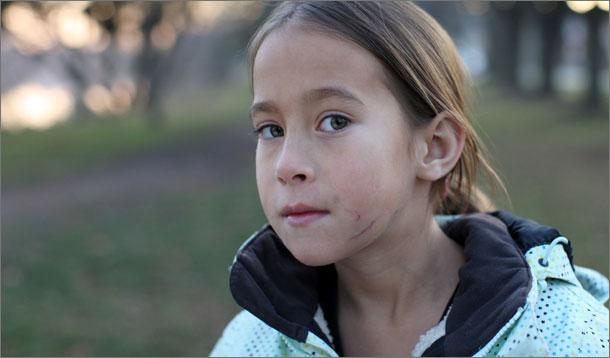 Following an attack by a neighbourhood dog, a 7-year-old girl's mom is fighting to have the dog destroyed.

Audrey Mountfort was playing with her sister in a friend's backyard when Panny, a German shepherd-collie mix bit her cheeks, requiring 40 stitches.

According to an article in the Star, Panny, a rescue dog from Panama, belonged to a pair of neighbourhood veterinarians who had entrusted a neighbour to look after the dog while they were away

“It’s the worst thing I ever saw in my life,” said Audrey's mom, Anna-Maria, recalling her daughter's screams her blood-soaked halter dress. “Her face was gaping.”

Mountfort has sought legal action to put the dog down. She has her work cut out for her; last year only one so-called 'destruction order' was issued in the city by Toronto Animal Services.

“This is not a dog person versus a not-dog-person conversation,” said Mountfort, whose family also has a dog. “An animal that has mauled a child is a danger to society, and that danger needs to be neutralized. The agencies responsible for managing that have failed the public good in this case.”

“(The) neighbour took Panny to her own backyard, where he was left off-leash and unsupervised with a group of unfamiliar children,” said the dog's owner, John Booth.

“When a dog hasn’t shown aggression before, how do you know to say that?” added Hanna Booth, claiming Panny had always been “wonderful with children."

The fact remains, the children were unsupervised around an unknown dog. But the dog-sitter claims she wasn't told the dog needed to be guarded around children.

“We have retained a lawyer and we are going to do everything in our power to ensure our wonderful dog does not get euthanized,” April Douglas, Panny's new owner, told the Star.

Douglas is said to be in breach of the Dog Owner’s Liability Act, which states that a dog could be destroyed if “[it] has bitten or attacked a person or domestic animal or that . . . the dog is a menace.”

Should all aggressive dogs be put down, no questions asked? How should this situation be handled? 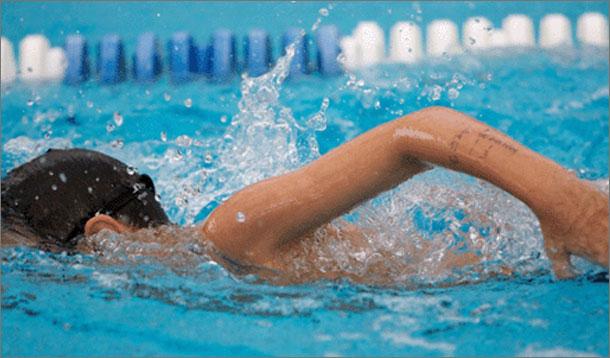 Looking for more incentive to get your tots signed up to swimming lessons? Beyond sleeping soundly, new research suggests that kids who learn to do laps also hit developmental milestones earlier than their landlocked peers.

According to an article in Science Daily, the Griffith Institute for Educational Research pooled together three years' worth of data from 7,000 under-fives from Australia, New Zealand and the U.S. in the most comprehensive study on the impact of early years swimming.

Swimmers outperformed non-swimmers, regardless of socio-economic background and gender. Not only were visual-motor skills milestones achieved earlier, but children who swam also scored better in areas of literacy and numeracy than those who stayed dry.

"Many of these skills are highly valuable in other learning environments and will be of considerable benefit for young children as they transition into pre-schools and school," said lead researcher Professor Robyn Jorgensen.

How early did you enrol your child in swimming lessons? What benefits have they gleaned beyond the pool?