Is Your Kid's Tooth Fairy A Cheapskate?

The Answer May Depend on Your Postal Code

Is Your Kid's Tooth Fairy A Cheapskate? 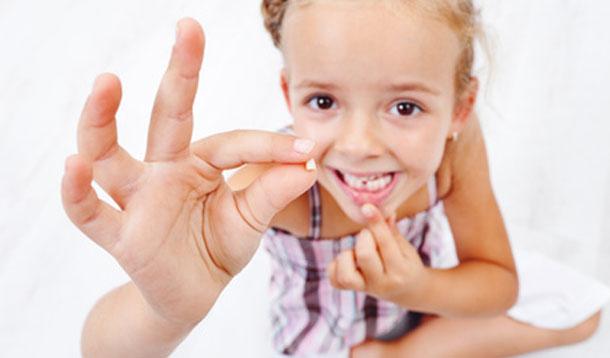 How generous is your kid's Tooth Fairy? Is the going rate for baby teeth in your house fair or downright stingy? The answer depends on where you live.

According to an article in the CBC, Fairies in the Maritimes shell out $3.46—that's 19 per cent more than the national average of $2.80. Heck, some kids are even whipping $5 bills out from under their pillows in the morning!

Pity the kids in Quebec, then. A telephone survey by Visa revealed that 13 per cent of children in La Belle Province don't see a nickel for their primaries, while those in Ontario and the Maritimes could rack up close to $70 by the time all 20 of their teeth fall out. Not too shabby.

"Every little bit adds up, so really it is an opportunity to talk to kids about managing their money," said Visa's spokesperson, Michelle Michalak.

If you're keen on keeping up with the Joneses, then you'll love Visa's new online calculator, which lets parents—and kids—compare their earnings.

Personally, I've never understood the point about the Tooth Fairy. Is it about compensating a kid so they won't feel like they've lost something?
My son's first tooth disappeared in a hamburger at an En Route. No one was too broken up about it. The next tooth scored him two or three bucks, mainly borne out of pressure from his grandparents.
I admit, I'm a reluctant accomplice when it comes to the Fairy. My son's Asperger's makes him intense and highly literal. I think I would rather not pull the rug out from under him for the sake of pulling the wool over his eyes. But maybe that's just me.
Does the Tooth Fairy make regular appearances in your home? Is she generous or stingy?
Are the myths parents perpetuate a harmful or healthy part of childhood?
Category:
Life - Money
Tags:
mummy buzz
tooth fairy
visa
tooth fairy rates
how much to pay tooth fairy
tooth fairy going rate
Aug
21
2014

Do Kids Belong At Protests? 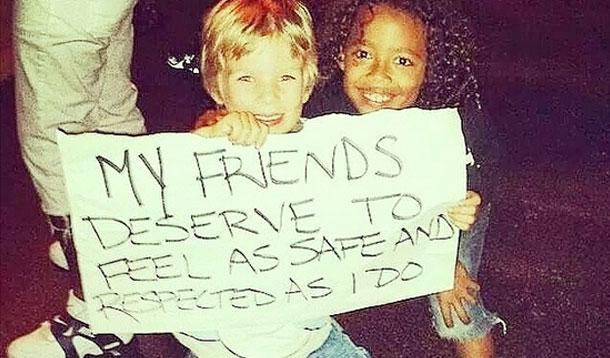 Unless you've been buried under a very large rock of late, then you know about the trouble in Ferguson, Missouri—the riots that started after an unarmed black teen was killed by police. Some parents brought kids along to protests and vigils in honour of Michael Brown.

Though we all (I think) want peace, just as we all want to raise socially conscious children who stand up for what's right, it's a question of when and where.

According to an article in the Huffington Post, Kendra Pierson thought long and hard before bringing her 6- and 2-year-old boys to a gathering in Atlanta.

“It was important for them to be there,” Pierson said. “When they look back, in 10 years or five years, I want them to know they were there.”

But when peaceful protests descend into turmoil, sometimes on the turn of a dime, is it a risk worth taking? You have to wonder. After all, an 8-year-old boy was hit with tear gas during a recent rally.

I personally believe there are ways of educating kids without jeopardizing their welfare. Museums and documentaries are a great way of injecting life and relevance to social issues. But who knows? I would probably feel differently if I lived in Ferguson, Missouri.
Would you ever take your kids along to a political protest?
This mom was arrested for this inappropriate behaviour in front of her kids.
Category:
Life - In The News
Tags:
mummy buzz
kids at protests
rally
vigil
Michael Brown
Ferguson
#ferguson
raising socially conscious kids
Aug
20
2014

Shake Off the (gold) chains 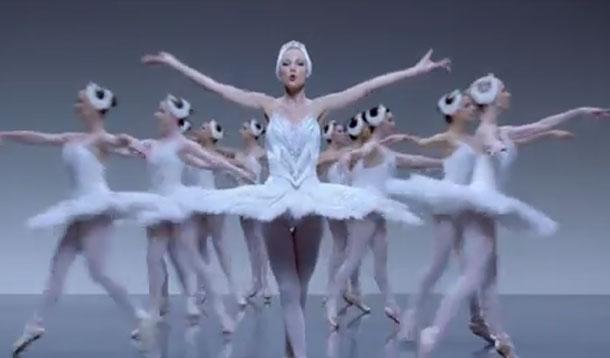 It's hard to be a pop star today. Really, I'm not being facetious. No sooner does Taylor Swift release a new video than she is slammed on Twitter by rapper Earl Sweatshirt and countless others for "perpetuating black stereotypes."

"Aww, cute!!! Taylor Swift made a mockery of black culture and black womanhood in her new music video! What a sweet, absolutely racist phase." — nez (@nezariel)

Taylor Swift? Racist? Offensive? To find out, I had to break my hitherto unbroken promise and sit through an entire video, courtesy of USA Today.

The song (ironically about shaking off the haters) is so bubblegum it hurts. And the video, which is full of ballerinas and the requisite twerkers, has the innocent feel of a girl playing dress up. Except it isn't innocent because the ballerinas all happen to be white, and the ones booty-shaking are—surprise, surprise—black.

So Swift is keeping with the times and drawing on current pop motifs, except it feels so wrong if only because it's coming from her. If Nicki Minaj made the same video (she did, with a whole lot more sexy butt shaking in it) no one would tweet twice.

The last notes of the video end on the sweet, vaguely Kylie Minogue-ish note that Swift probably intended.

Wouldn't the likes of Swift and Miley would be better depicting their own reality in videos, e.g., applying lip gloss and shopping with their BFFs, than gyrating and prancing around in gold chains?

Are videos like Swift's offensive to you as a parent or are we all taking pop music way too seriously these days?