Then You May Be Suffering From This REAL Disorder 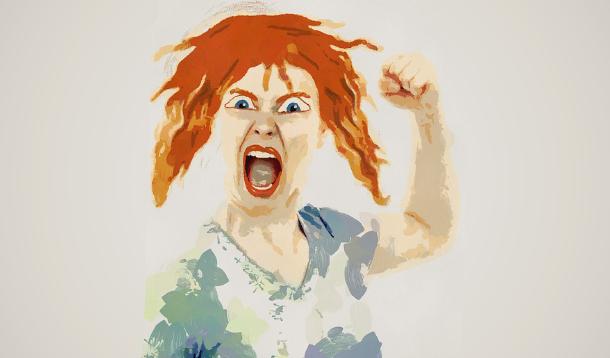 A few years ago my friend sent me a link to an article about a disorder I had never heard of. She said, "I think this is what WE have!!"

She was right, and chances are if you're a 30+ woman you might have it too.

Now my friend and I joke about who has the worst case of Misophonia—a hatred of sounds (not all sounds, but certain ones like chewing, slurping, nostril whistling, repetitive pen clicking, etc.). Though I know she actually wins by a long shot. If we're at the movies and she can hear the sound of popcorn munching (um, hello, we're at the movies) we have to change seats. The sound of candy wrappers being crinkled has us relocating again. Loud mouth breathing? Yup, we move away from the troll who dares to inhale. And don't even mention gum chewing or god forbid gum smacking in her presence or she'll take you out.

Misophonia is an actual disorder, NOT a twisted figment of our imaginations intended to drive our spouses nuts or keep them under our thumbs.

The "struggle is real" as they say, and you are not alone.

My husband gets miffed when I ask him to close his mouth when he's chewing. Sometimes he gets defensive and he'll say something like, "Seriously? This is the way I chew!" Sometimes when I'm really upset by him slurping his tea, he'll try to sip more quietly. He knows I can't control it, though I swear I try!

When he accidentally scraped his plate with his knife one night—more than once—the sound made me so angry I raged. He could see I was legitimately upset so he apologized.

I feel horrible for being so horrible. The poor man is simply trying to feed himself.

I explained several times that it's not his fault. He's just trying to live his life and life makes sounds. But it's also not my fault. I'm not being dramatic. I'm not trying to be mean or critical. I love my husband. I just can't stand the annoying noises coming out of his face. And it's getting worse.

There are now new sounds that suddenly make me crazy. Like the sound of the mouse pad on the laptop being clicked while my husband is surfing the net. Why?! Why do I find that sound so enraging? Misophonia, that's why.

There are some humorous elements to this affliction. I mean, have you seen the viral video (at the end of this post) making people cringe and laugh around the internet?

But living with Misophonia on the daily is not funny. It's an actual pain in the ass.

I don't want to glare at my son in the rearview mirror for innocently hiccuping in the car. And I certainly don't want to snap at him and say, "Hold your breath!!" in a sharp tone usually reserved for drivers who are texting.

Unlike other psychological disorders where people hide their symptoms out of shame, Misophonia has become a talking point that is bonding women. Yes, men can suffer from Misophonia, but it seems to be an epidemic in woman in their early thirties to late fifties. Every single one of my girlfriends nod their heads in passionate agreement whenever we discuss having this disorder.

People have blogged about the symptoms and posted links to "Do you have Misophonia?" online quizzes, and shared articles about how to treat Misophonia. Spoiler alert: There's no "cure" but Cognitive Behavioural Therapy can help alleviate the symptoms.

So there's nothing totally new here but what I want to add to the conversation is this — why does this disorder seem to peak in mostly woman, around my age? And what's the psychology behind why only certain people's sounds bother us? My daughter slurping her apple juice doesn't bother me at all. My husband slurping anything and I have an extremely negative physical response.

And what of new offenders? My son's noises never bothered me before, but now that he's a teenager, him clicking the keys of the computer while playing a video game suddenly bugs me. What is THAT about?

And strangers. I used to be mostly oblivious to their sounds (unless it's clipping toenails or whistling... that has never been okay). But just the other day a lady in my yoga class was making a repetitive grunting sound and I swear to god I wanted to roll up my mat and hit her with it. Am I a monster?

I'm trying really hard to be more "mindful" yet I seem to be getting more impatient and snappy and Misophoniany.

Is it age? Is it hormones? Have the years of ineffective multi-tasking finally blown a fuse in my brain? What the actual hell is happening here?

Do you have Misophonia? What sounds bother you most and is it always the same people whose sounds offend you?

You're Old Enough To Know Better! 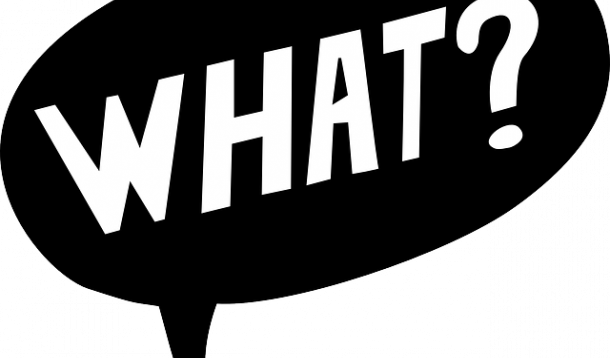 Whenever I see it, I just can't believe it. You actually went there?!

As the parent of a child with special needs, maybe I'm just more sensitive than you are to certain words or phrases that belittle my child.

Scratch that. I like to think that even if my child wasn't developmentally atypical, I'd still be sensitive to hurtful words and sayings that serve no purpose other than to harm.

My friend and YMC colleague Jeni wrote a post recently that expressed a strong opinion. And is often the case, strangers from the internet piped up to offer their feedback. I have no issue with opposing views. Of course, I prefer that you agree with me and even praise me for my brilliant point of view. However, when you disagree I accept your opinion. But when you name call and spew hateful words, I see red.

You think that because you're at home hiding behind your keyboard, that you can say whatever you think? You can be mean or racist or rude because it's your right? Fine, be that way, but just know that when you go on a rant, out loud, on the internet, there are witnesses and consequences.

When you call the author of an article a "libtard" you had better be referring to a liberally fitting unitard. Though we all know what you really mean.

You're calling the author a liberal retard.

If you think adding "tard" to the end of a word makes it any less disgusting than overtly calling somebody retarded, you're wrong.

When you tell somebody that they are acting like a fucktard, you're saying they are acting fucking retarded. Like people like my daughter are idiots worthy of your disdain.

I've heard asstard, gaytard, smacktard, and of course the ever charming but basic, 'tard.  And to be politically non-partisan here, I've also heard republitard and conservatard. There are lots more, but just typing these makes a vein in my neck throb.

So go ahead and call me tardy, but I hope to hell you mean that I'm simply late for our lunch date.

To the person who called my friend a libtard, I'm embarrassed for you and I'm glad I don't know you in real life. I wonder, are you somebody's dad? If you are, I hope you don't call people names like that in front of your child. It would be lovely if your kid didn't grow up thinking that my daughter is worthless or ridiculous or stupid because she is mentally retarded.

Feel the urge to call somebody an any-word-will-do-tard? Just don't. In fact, do one better and forgo the name calling altogether. Seriously. Try it. It's what grown ups do.

RELATED: Why Can't We Accept Our Awesomeness