Is that a dove up your sleeve, or are you just happy to see me 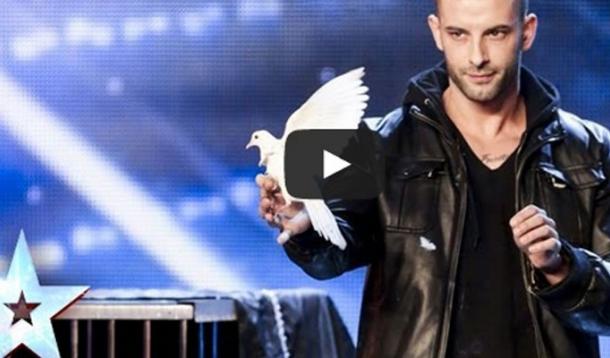 A Canadian contestant left the judges and audience of 'Britain's Got Talent' head-scratching after his recent magic act gone viral.

According to an article in Huffington Post, illusionist Darcy Oake pulled some crazy sleight of hand involving plenty of fire and feathers.

You can bet that Oake will be a household name landing his own show by the time you finish reading this sentence.
Modern magic hasn't been this exciting since David Blaine took to the streets...
Play the clip for your kids and watch the look of amazement on their faces at the finale.
The BGT judges haven't been this gobsmacked since a certain jaw-dropping contestant waltzed on stage.
Category:
Culture - Television
Tags:
Darcy Oake
magic act
modern magic
magician
illusionist
Britain's Got Talent
talent
viral videos.
mummy buzz
Apr
22
2014

The footage shows inhumane and abusive treatment of the farm's calves 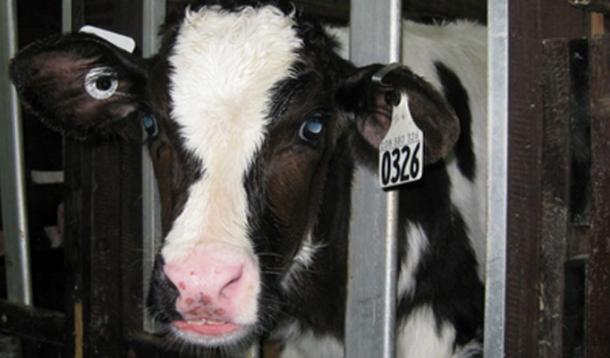 If you're not already a vegetarian, you'll seriously want to consider it after watching this shocking undercover video of the goings on at a veal farm in Quebec.

According to an article in the Huffington Post, a member of animal rights group Mercy For Animals Canada posed as a worker at the farm for two months at the beginning of the year, then shared the appalling video.

The footage—in which calves are chained in pens too small for them to turn around in—has led to a criminal investigation of the farm located in Pont-Rouge.

Not only are the calves kept in inhumane conditions, they are shown to be abused by staff who force feed them milk, and in one instance, a worker can be told telling another to "hit it in the eyes."

"Science and common sense tell us that animals with legs should be given at least enough room to walk and exercise,” said Mercy's director of investigations, Twyla Francois. “The Canadian veal industry treats baby calves like mere meat-producing machines. Their short lives are filled with misery, violence, and deprivation."

Mercy also recently exposed a Maple Leaf-owned factory that was grinding up chicks alive. An horrific, albeit not uncommon, practice in the poultry industry.

We can only pray that similar facilities are run more humanely, inspected regularly, and that this particular farm will be shut down promptly. Let's hope this farm is the exception, not the rule.

This company was accused of putting fashion before ethics in its treatment of animals.

Warning: the following video is graphic and may be disturbing to some viewers.

Freezing Temperatures and Lack of Oxygen 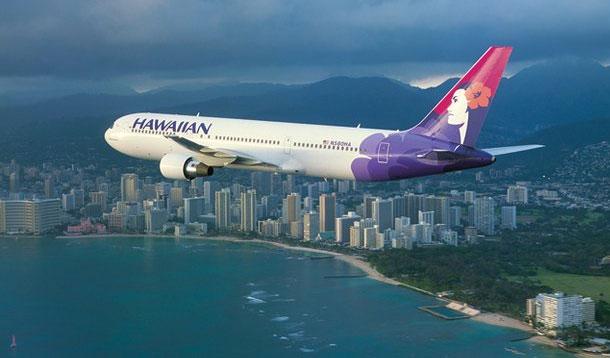 A runaway who hid in an unlikely place is lucky to be alive. According to an article in ABC News, the 16-year-old Californian hopped a fence at San Jose airport then crawled into the wheel bay of Hawaiian Airlines flight 45.

Incredibly, he endured a five-hour flight—with little oxygen and temperatures of -62 degrees Celsius—from California to Hawaii. It's thought that some warmth from the hydraulics and tires kept the boy alive.

The teen lost consciousness as the plane soared to 38,000 feet, but doesn't appear to have suffered any lasting harm from the ordeal. Previous stowaways were not so lucky.

"It's just an apparent miracle... There was no appearance of any special gear of any sort," said FBI special agent, Tom Simon.

No charges were filed, and the boy was turned over to child protection agency.

He apparently wandered onto the tarmac after having an argument with his family. The only possession he had with him was a comb.
The joke this teen directed at an airline got her arrested.
Category:
Life - In The News
Tags:
stowaway
runaway
teen hides in plane wheel
survival story
survival
mummy buzz