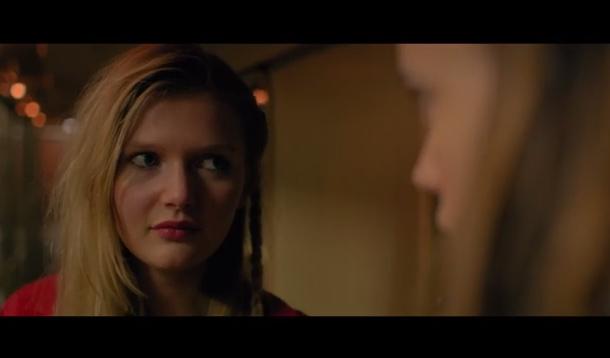 Have you heard of a movie called Nymphomaniac? It's by Lars von Trier, and the title kinda gives away the essence. In an epic faux pas, a Florida cinema inadvertently played a trailer for Nympho... at a screening of the latest Disney flick, Frozen. Imagine it. The horror, THE HORROR.

While some parents raced for the exits, others scarcely had time to cover their children's eyes against the flesh scene.

"It seemed like forever when you're trying to, you know, cover a little guy's eyes. I didn't have enough hands to cover his ears, too, and he got the sound down real good," reported a grandmother in Tampa Bay.

"You're talking, what, a PG-rated movie to all of a sudden have an R-rated scene up there for little children? My concern is that there should be safeguards in place so that this doesn't happen again." I'll bet it was probably quite the eye-opener for granny, too.
I happen to be a fan of von Trier's work, though admittedly I've missed most of his recent movies since I had my son. Who knows, maybe we can watch Nymphomaniac together. (Kidding!)
The star-studded cast includes Uma Thurman, Trier regular Stellan Skarsgård, Christian Slater, Jamie Bell, and Shia LaBeouf. But before you get too excited—the sex scenes are shot with body doubles.
Nymphomaniac premieres on Christmas Day in Trier's native land, Denmark.
Spill it. Which would you rather see: Fifty Shades the movie, Nymphomaniac or none of the above?
Category:
Culture - Film
Tags:
nymphomaniac trailer
nympho movie
x-rated movie
lars von trier
frozen
disney frozen
pg-movie
movie ratings
Parental Guidance
erotic movie
mummy buzz
Dec
06
2013 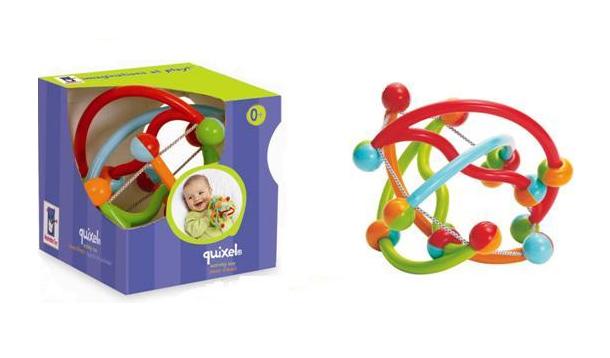 Health Canada has recalled the above baby rattle, as small parts can detach from the ends, posing a choking hazard.

While Health Canada has not received any reports of incidents or injuries in Canada, customers are advised to immediately remove the rattle from young children and return it to the place of purchase for a full refund. 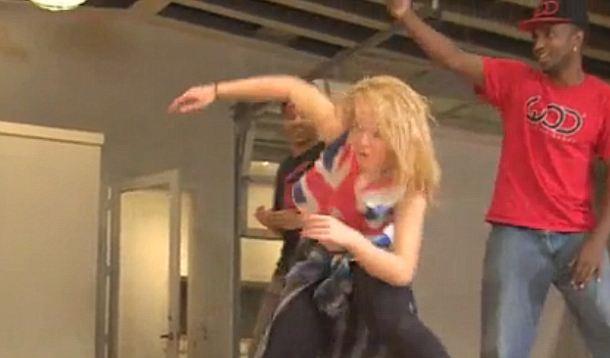 Race relations aren't exactly a strong point in the U.S. One week it's graffiti on a Gap ad, the next it's a blonde 13-year-old girl being taken into police custody. Her crime? Surrounding herself with two young African-American males.

According to an article in the Daily Mail, Landry Thompson was on a weekend trip to Houston with her dance instructor, Emmanuel Hurd, to make a hip-hop video. One minute the pair and another dancer made a pit stop at a gas station to check out GPS to find their hotel, the next the car was surrounded by police.

And Thompson was cuffed and taken to Child Protective Services despite her instructor's protests that he had legal guardianship over the teen.

"They just pulled us out of the car," 29-year-old Hurd said. "Put our hands behind our backs like we were criminals. He asked me who's the girl. She's my student. I said I had a notarized letter from her parents stating that we have full guardianship over her while we're here."

"It really scared me," said Landry. "They were convinced I was a runaway and they put me in the back of a cop car and I was terrified."

Needless to say, her mother wasn't best pleased when she got a phone call in Oklahoma.

“I was horrified,” said mom Destiny Thompson, who had taken care to provide Hurd with her daughter's various documents—from her insurance card, birth certificate, and a sheet of contact numbers.

After much negotiation and prolonged discussion, Landry was eventually released into Hurd's custody—11 hours later—and all was as it should have been. Except that it wasn't.

Houston Police Department (which obviously takes the view that one is guilty until proven innocent) has not yet released a statement about the incident. Thompson is awaiting an apology, while Hurd is considering legal action.

Were the police just doing their jobs or something else?