every child deserves a father this Christmas 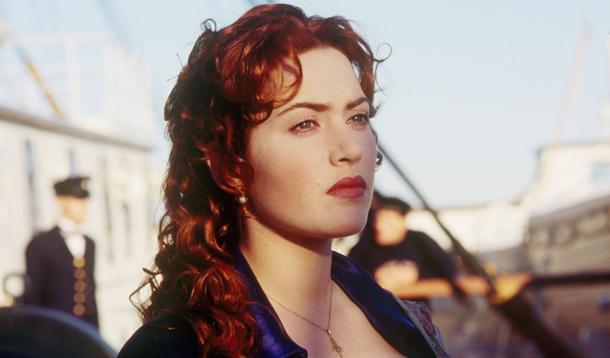 Fathers4Justice are in hot water after their recent campaign targeting Kate Winslet has driven the actress to sue.

According to an article in the Telegraph, the fathers' rights group used Winslet's image on posters with the caption: "Kate, every child deserves a father this Christmas." A campaign which Winslet's lawyers claim is "misleading and seriously defamatory."

The 38-year-old British actress riled the group when she claimed in an October interview with Vogue magazine that she does not share custody of her children with their fathers.

Much has been made of fact that Winslet will soon (she is expecting) have three children by three different fathers, the latest of whom is Ned Rocknroll (his real name).

Winslet's ex-hubby, film director Sam Mendes, supported her legal action against Fathers4Justice, since [the organization knows] nothing of our personal circumstances."

Her first husband, Jim Threapleton, on the other hand, has in the past complained of being denied access to his daughter Mia, now 13, while Kate filmed overseas for months at a time.

Admittedly Fathers4Justice, known for its somewhat radical advocacy, should not have named and shamed Kate in its campaign. Yet their hearts are clearly in the right place:

"We are running this advert as part of a campaign to highlight the sensitive issue of four million children waking up on Christmas Day without their father."

Worth a thousand words... 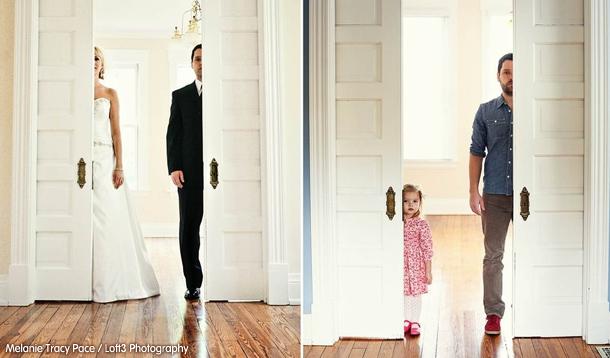 Got your tissues at the ready? You will need an entire BOX after you see these photos. At first glance the shots of a husband and his new bride juxtaposed with those of a father and his young daughter are simply heartwarming. Then you find out that Ben Nunery lost his wife Ali two years ago to a lung cancer, and—boom—you have all the makings of a Nicolas Sparks plot.

According to an article in Buzzfeed, Ben replicated the poses he and his late wife took four-and-a-half years ago on moving day (which happened to be the day before their wedding) with his daughter Olivia.
Ben's sister-photographer, Melanie Pace, took both sets of jaw-achingly beautiful images, when the time came for the Nunerys to move house again, with his daughter:

"On Friday Ben handed over the keys and drove away from the house that holds so many unforgettable memories," Pace wrote on her blog. "The place where you can literally feel my sister’s presence the second you step in the door. Heck, she poured herself into making that place their home and every inch of it was perfection, who am I kidding?"
Does your heart hurt yet? Hope your mascara is waterproof...
Check out another dad's touching photography project.
Category:
Family - Daddy
Tags:
cancer
viral photos
dad photo shoot with daughter
Ben Nunery
melanie pace
Loft3 Photography
mummy buzz
Dec
18
2013

it was mega lolz 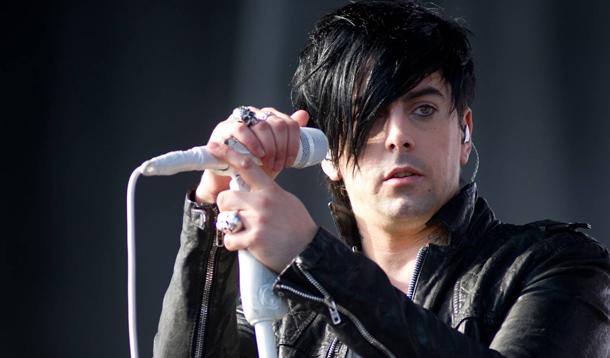 Ian Watkins, the lead singer of the band Lostprophets, was sentenced for attempted rape of a baby.

Last month, the 36 year old pleaded guilty to three counts of sexual assault against children, as well as six counts for "taking, making or possessing" indecent images of children.

One of those charges pertained to the attempted rape of an 11-month-old baby boy. Apparently incriminating footage was shown in court.

Fortunately the two mothers of the children involved were also sentenced—to 14 and 17 years respectively.

The Cardiff Crown Court judge claimed he'd seen many heinous crimes during his years on the bench, but that this case "breaks new ground."

Though the singer remained silent during the court proceedings, he allegedly conversed with a fan prior to sentencing. He intended to release a statement claiming his actions were "mega lolz"—a bit of Lostprophets lingo—whatever that means. Is that some kind of sick joke?

"I do not know what everybody is getting so freaked out about," he reportedly said.

According to an article in Gawker, he got 29 years, plus another six years under "strict probation." Watkins isn't the only celebrity accused of abusing children, but he is one of the rare ones to be prosecuted.

Investigations will continue, involving Interpol, the U.S. Homeland Security and German police, to ascertain whether Watkins perpetrated further crimes in other countries.