Have you seen Mr Rabbit? 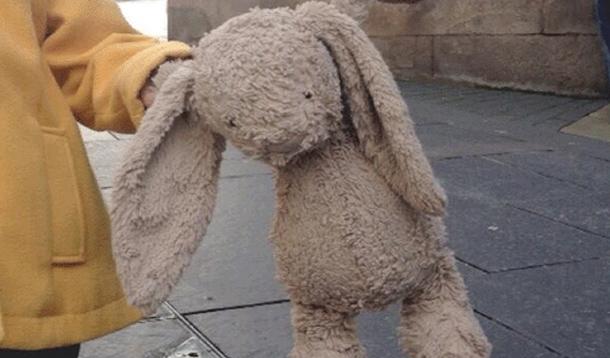 Have you seen Mr Rabbit? An appeal to find a little girl's lost stuffed bunny had legions of people trying to track down the doll in London's main shopping drag, Oxford Street.

According to an article in the Evening Standard, more than 1,000 tweeted the appeal, more than 2,000 shared it on Facebook, and as many as 134,000 people viewing the image of a tattered Mr Rabbit.

When three-year-old Ruby lost her beloved bunny on a family trip to London—and then proceeded to cry herself to sleep—her mother was compelled to take action.

Zoe Stewart, who lives in Edinburgh, was on a mission to get back her daughter's best friend, which had been a gift from the girl's grandmother when Ruby was just a day old.
"Ruby was tired and she must have put [Mr Rabbit] down somewhere," said Stewart. "If I have to get a train back to London to collect him, I will!"
Such is the power of social media and the emotional pull of the stuffy (says she who has a bunny of her own, now ancient, hideous, and grey). Hope someone tracks down the precious bunny and returns it to its rightful owner.
Does your child have a deep attachment to a particular doll or toy? Spill it.
Category:
Family - Toddlers
Tags:
lost stuffie
lost stuffed animal
cuddly toy
favourite toy
toy attachment
lost toy
lost doll
doll attachment
missing stuffie
missing stuffed animal
blankie
hunt for mr rabbit
power of social media
find missing rabbit
mummy buzz
Nov
21
2013 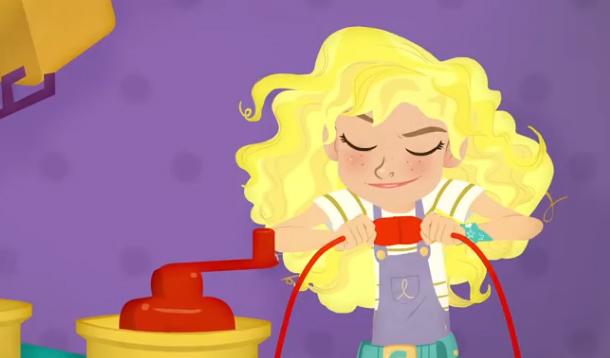 Are you tired of pink toy aisles? Would you like to expand the world's narrow expectations for its daughters? Debbie Sterling sure would. That's why the Stanford alumnus and CEO of GoldieBlox is determined to get girls thinking outside of the box, inventing and building with an awesome array of toys.

Too few girls are encouraged to pursue careers in the fields of science, technology, engineering and math, while others are actively discouraged at a young age from picking up "boy toys."

The result? According to an article in Upworthy, a dearth of women (fewer than three in ten) graduate in the aforementioned subjects. And women like Sterling are a rare breed, indeed: with just one in ten growing up to become engineers. Witness how Lego tried (and failed miserably) to get girls into building.

That was a crying shame. But GoldieBlox hopes to change the sad stats, starting with this genius little clip right here. 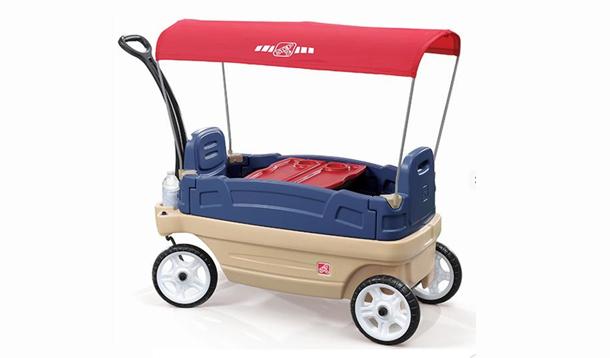 Health Canada, the United States Consumer Product Safety Commission (US CPSC) and Step2 Company, LLC have jointly recalled the above touring wagon (item number 832900), as the detachable seat back can come unstuck, resulting in a fall hazard.

Customers are advised to stop using the wagons and contact Step2 to receive a repair kit.