(And What's up with that Funny Blue Liquid?) 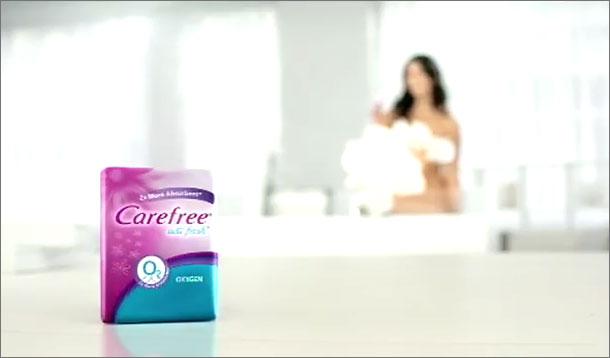 Well, in the world of feminine products, we are used to euphemisms galore and funny blue liquid being poured into sanitary pads. Strangely, Carefree is feeling the heat for telling it like it is.

In its latest ad for panty liners, a woman asks, "How well do you know your body? Even that bit of discharge…is our body working to keep the vagina healthy."

Instead of punching the air at progress, viewers were horrified by the ad's realistic language.

“You never see a bathroom, you never see a woman using a product,” said co-author of the book called Flow: The Cultural Story of Menstruation. “They never show someone having cramps or her face breaking out or tearful—it’s always happy, playful, sporty women.”

So why is the Advertising Standards Bureau in Australia being ragged out (sorry) ever since the new Carefree ad aired? Campaign spokeswoman Debbie Selikman is scratching her head because after doing market research, Carefree found that women wanted to hear accurate terminology for menstruation and the like.

No more Aunty Rose. No more on Time of the Month. A vagina is what it is. And discharge is what happens to it.

Hard to believe that Courtney Cox was a maverick in the field of sanitary products. In her groundbreaking pre-Friends commercial for Tampax, a whopping 27 years ago, she used the word “period”  on TV!

Why do we even need ads for tampons and pads? It's not like we get a choice in the matter. Should brands ax the euphemisms and the infamous blue liquid (clearly intended to spare squeamish male viewers)? 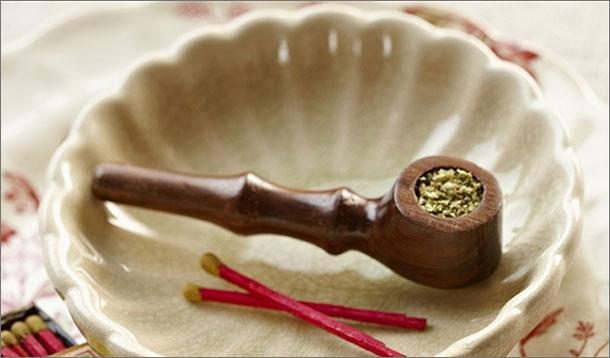 Dope-smoking moms of the world are uniting to defend their habit against their wine-swilling peers.

“Any hypocrisy is hard to swallow," a mom-of-two known as Margaret told Today Moms. "A drunk mother is pathetic and I often leave parties when I experience other mothers tying one on.”

With the Moms for Marijuana group has close to 20,000 'likes' on Facebook, it seems that Margaret isn't alone in lighting a fat one while looking after her kids. Heck, she claims marijuana can even "make folding a pile of laundry fun. If I didn’t smoke, that’d be three piles later in the week.”

Although she keeps her daily habit under locks from her kids and (for fear of being judged) from other moms, you have to wonder whether pot and parenting really mix.

Aside from the health concerns from parents who get high in front of their kids, and at the risk of sounding like a killjoy, doesn't being under the influence interfere with your ability to parent?

“Marijuana parents aren’t perfect, but they’re far less imperfect than parents who use alcohol irresponsibly,” says Diane Fornbacher, the co-vice chair of the Women’s Alliance at NORML, a non-profit working to legalize marijuana.

I'm with most Canadians. Owning a bit of recreational pot shouldn't be a crime. Still, I draw the line at drinking or smoking before the kids are in bed. Both substances cloud your judgment and in order to keep your children safe and happy, I believe you need a totally clear head at all times.
Personally I like to be fully present while I'm with my son. High on life, or whatever. If someone can't relax without smoking or taking something, well, I'm sorry but maybe that's a habit worth breaking.
What do you think? Can you parent effectively on dope? Is smoking pot any better or worse than drinking alcohol?
Category:
Family - Mummy
Tags:
marijuana
Moms for Marijuana
pot
smoking pot
parents who smoke pot
legalize marijuana
legalize pot
mummy buzz
Jul
18
2012 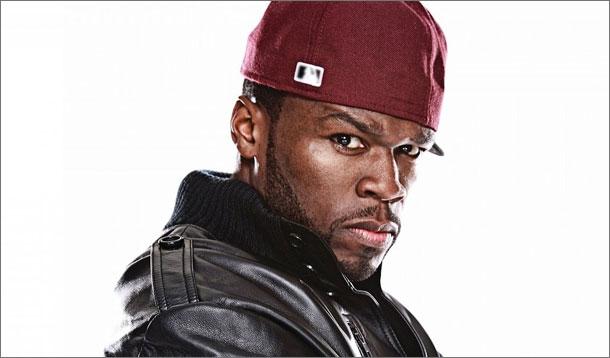 Will celebrities with Twitter accounts never learn? The latest to dig his huge Adidas out of his mouth is none other than rapper 50 Cent, who recently told one of his 6.8 million followers on Twitter he "dont want no special ed kids on [his] time line follow some body else." He also claimed the fan's photo made him "look autistic."

Ouch. Needless to say, the backlash was palpable, with many activists, including actress and mom Holly Robinson Peete, lashing out at the rapper's ignorant 'tude.

In an open letter on her website she posted these questions, along with 50 photos of autistic kids, including her 13-year-old son Rodney:

"Do you even know what autism is? And what exactly does “autistic” look like? Do you know how wildly prevalent autism is? 1 in 88 have it. That’s 1 in 54 boys. Families suffer a social stigma you will never know. It is a financial and emotional drain for millions... [My son] is in special ed. He loves rap music and is a HUGE fan of yours. He’s a tremendous kid. He has to deal with so much trying to fit in. This isn’t helping."

50 Cent obviously got the drift. (After all, with as many as one in 88 American kids said to be on the autism spectrum, that's a lot of fans—and bling—to lose, and with a new record freshly cut, maybe the rapper is sharper at math than he is at social etiquette.) Cue the obligatory apology: "I realize my autism comments were insensitive, however it was not my intention to offend anyone and for this I apologize."

For some parents and fans, 'sorry' is too little too late, with many planning to boycott 50's products and music, starting with a cancelled promo event in Dublin. Yet 25-year-old My Autistic Life blogger Phil Evans was more forgiving and had the most simplistic message for the rapper: "Think before you talk." Sage advice that you would think 50 Cent would have learned after getting flak for another offensive comment about the Japan tsunami last year.

But wait a minute, aren't rappers supposed to be edgy and mildly offensive? Would you boycott a celeb's work if their private views inadvertently became public? Or should the art be kept separate from the act?