What Happened When Kids Gave Up Their Screens For A Week 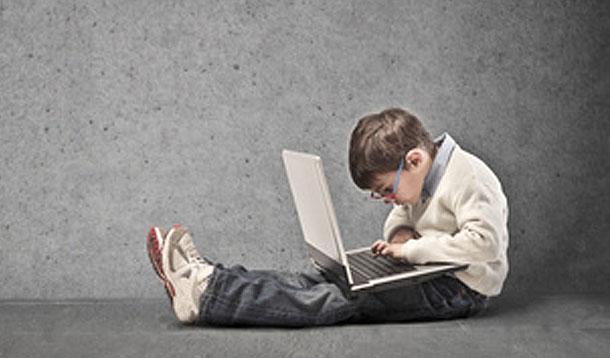 We all know that we should ration the amount of time our kids spend basking in the ghoulish glow of a Mac or pc. But we should probably start listening. A study from the University of California has even more proof that we should be swapping children's screen time for face time.

Researchers split up two groups of 50 sixth graders from the same public school and planted them in a rustic setting. The control group spent an average of 4.5 hours a day texting, watching TV, and playing video games. After a week, those without access to electronic devices showed a marked improvement in their ability to read emotions and facial expressions in the absence of verbal cues, irrespective of gender.

Just five days without screen time. That's all it took to boost the social skills and emotional intelligence of these kids. I have to admit, this study has made me think twice about my son's screen use.

While I do regulate it, I'll be the first to admit that it's just convenient to bring an iPad along to the restaurant or in the car. And I'm not above using it to incentivize him at times. Hell, even his teacher uses timed intervals of screen time to make sure the kids stay on task and get their work done.

And I thought that system was working out for us—until now. Because my son really does struggle with reading emotions, I'm left wondering whether even the minimum screen time isn't marring his social progress.

How do you manage your children's screen time?

Does your family need to go on a digital diet? This family did—for an entire year.