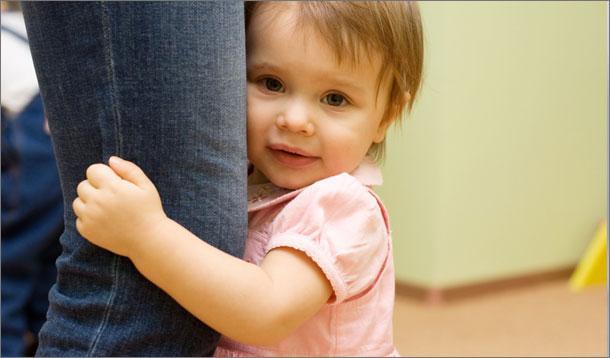 For parents of shy kids, the first day of school may be fraught with extra apprehension. Will my child make friends? Will my child fit in, or be left out in the cold, socially and academically?

Published in the Journal of School Psychology, a new study from the University of Miami (UM) unfortunately confirms our worst fears: painfully shy preschoolers are "at greater academic risk than their chatty and boisterous peers."

Having followed a group of more than 4,000 preschoolers through the first year of school, researchers found that children exhibiting withdrawn behaviour not only started out with the lowest academic skills, they also reported the slowest gains in academic learning skills during the year, struggling to engage in the classroom.

"Everybody wants their children to be ready for kindergarten, to know their ABCs and to be able to count, but they sometimes don't understand that having social-emotional readiness is equally important," says assistant professor of psychology at UM College of Arts and Sciences (CAS) and the study's lead author, Rebecca J. Bulotsky-Shearer.

So it seems the squeaky wheel ready does get the oil, with boisterous and loud children benefiting from the teacher's attention, while introverted children, according to Elizabeth R. Bell, doctoral candidate in developmental psychology, at UM and co-author of the study, "tend to disappear within the classroom."

While not necessarily disruptive, the shy child risks getting overlooked and dismissed by teachers.

Parents of shy children: do you worry about how their introversion affects their school life? Should we try to push a shy to become more extroverted, or is there no sense in trying to change a zebra's stripes?

Put Your Cleavage Away if You Want to Fly 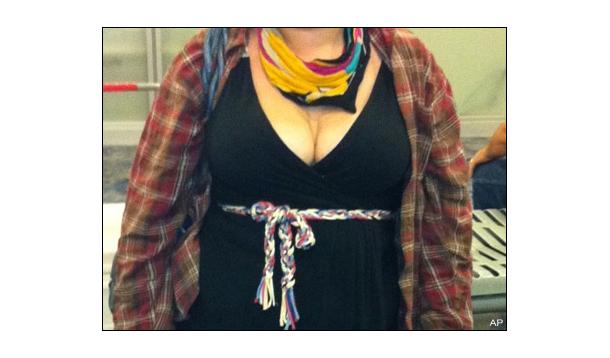 If you think airlines have too much power these days, this latest debate will give you pause. Not only can they take your bottle of Evian off of you, airline employees can also refuse to let you board based on what you're wearing.

Two examples: the woman flying from Las Vegas on Southwest who was pulled aside for showing too much cleavage; the woman berated by an American Airlines pilot for the F-word on her T-shirt. She was able to remain on board, but only after draping a shawl over the expletive.

While there's no strict dress code published by airlines, they reserve the right to exert their power every so often when someone pushes the sartorial envelope too far.

Like grad student Arijit Guha, who was barred from a Delta flight after wearing a T-shirt that said, "Terrists gonna kill us all."

"I thought it was a very American idea to speak up and dissent when you think people's rights are being violated," says Guha. The pilot worried the T-shirt might scare fellow passengers.

"It's like any service business," says aviation lawyer and former chief counsel at the U.S. Federal Aviation Administration, Kenneth Quinn. "If you run a family restaurant and somebody is swearing, you kindly ask them to leave."

And that beloved First Amendment Americans are so fond of? Well, it doesn't apply to privately run companies.

"It's not an issue of a dress code, it's one of disruption," claims US Airways spokesman, John McDonald, who likens it to watching pornography within sight of other passengers.

Passengers argue that dress code enforcement isn't consistent—and as Green Day singer discovered—but subject to the whims and moods of airline staff. If all the cleavage and low-riding pants were banned, planes would have a lot of empty seats. Not good for business.

"[Flight crews] have this omnipotent power," says Alexander Anolik, a travel-law attorney. "You shouldn't argue your case while you're on the airplane. You're in a no-win scenario – you will be arrested."

Are airlines encroaching on personal freedom, or should passengers dress in a way that won't offend while in a public space? Is this yet another example of state nannying?

All in the Family 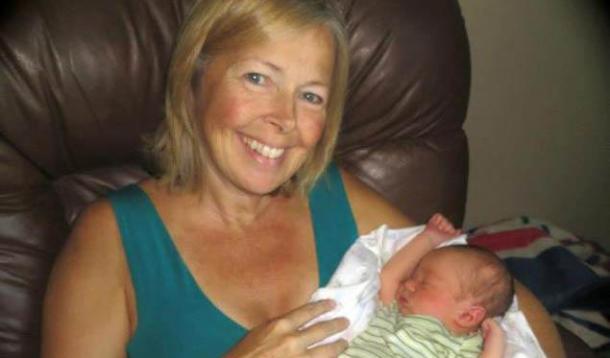 If you had to read that headline a second time, you're not alone. Making babies is not as straightforward as it once was in this day and age of surrogacy and petri dishes.

According to an article in the Huffington Post, 49-year-old Linda Sirois should know of what she speaks; the Maine grandma gave birth to her own grandson earlier this month.

Sirois, whose daughter has a heart condition which makes carrying a baby unsafe, had her mother stand in as a surrogate. Enter 7-pound, 14-ounce Madden Hebert, who was delivered by C-section as his mom, 25-year-old Angel Hebert, stood by.

"It was all pretty simple as far as I was concerned," Sirois told the Portland Press Herald. "I just saw it as I was babysitting for a few months."

A bit of an understatement. The mechanics involved implanting Hebert's egg, fertilized with her husband's sperm.

According to the article, of all her four pregnancies this one was a breeze, since Sirois suffered no morning sickness or complications. For Hebert, the experience was simply "awesome."

Sirois, though, consistently played down her role, saying "[my womb] was just a room for rent."

Is pregnancy little more than a storage space, or is there more emotional significance attached to carrying your own baby to term? Grandmas out there, would you do this for your daughter or son?