Dad's 'How To' Video For Teens a Stroke of Sarcastic Genius

It's a difficult one, so pay attention 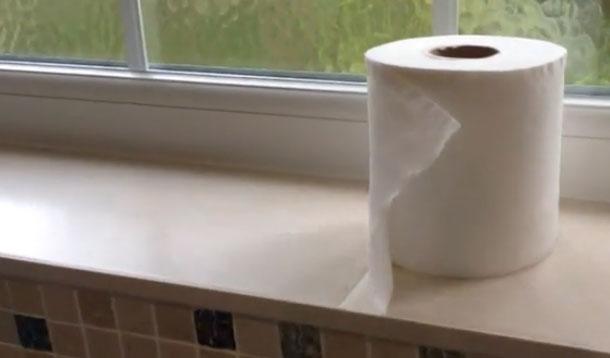 Oh, you cleaned your room without me asking—said no parent in the history of forever. One dad clearly was getting nowhere nagging his teenagers to do basic chores at home. So he decided to think out of the box by getting his kids to watch him on the box. (This is where we're at, people, sad but totally true. If you want to talk to your teens, you'll have to do it via social media.)

In the first of what promises to be a brilliant series of 'instructional' videos, the British father covers the very sophisticated process of changing a toilet roll. The adventurous out there, he says, may wish to include a further step. But that may too much.

If his kids didn't heed the message and start pulling their weight around the house, this dad threatened to share the video to a wider audience.

“They said to go ahead as I wasn’t funny and no one would be interested.”

Clearly a lot of people out there require this kind of expertise, as the step-by-step footage has been viewed some 200,000 times in a matter of days—presumably by everyone but the man's own slacker progeny.

James and Beth, for the record, we're kinda glad you didn't listen...

Now, if only someone would make a series for husbands. The first video would (obviously) be entitled "How to Lower the Toilet Seat After You Pee," interspersed with the latest hockey scores with future editions on "How to Recycle Empty Beer Cans" and "How to Put Dirty Socks in Laundry."

Any other titles you would add to this must-have series?

This mom found an ingenious way to get her kids to behave better and do their chores.