Baby Charged With Murder Goes Into Hiding In Pakistan

this baby is probably the youngest ever fugitive

Baby Charged With Murder Goes Into Hiding In Pakistan 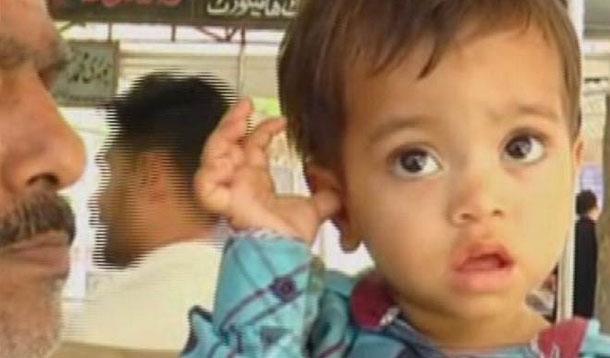 A nine-month-old Pakistani baby is probably the youngest ever fugitive, after being fingerprinted and charged with murder. Yes, murder.

No, this isn't a belated April Fools' Day bomb, like the epic prank pulled on this prof, but a genuine blip on a judicial system that has become the laughing stock of the international community.

According to an article in NBC News, Mohammad Musa Khan faced charges in a Lahore courtroom for his role in a mob protest in which police and gas company workers were stoned for trying to collect on gas bills.

Muhammad Yasin has since decided to send his grandson into hiding in Faisalabad to protect him from "vindictive" police. Apparently, the entire family played a part in injuring an assistant sub-inspector in the criminal case.

Baby Musa is now said to be "on bail." His next hearing is scheduled for April 12, though it's not clear whether he will attend.
"He does not even know how to pick up his milk bottle properly, how can he stone the police?" Yasin asked bemused journalists in the courtroom last week.
I can see trying a baby for crimes against diapers, maybe, but murder? Seriously. I have no words for the absurdity that is this story.
Category:
Life - In The News
Tags:
mummy buzz
baby charged with murder
baby on bail
baby on trial
Mohammad Musa Khan
flawed judicial system
Apr
09
2014

What do you think: Negligent or Sympathetic? 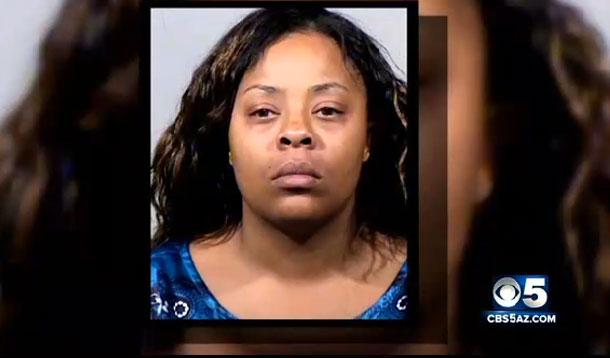 Ever truly been stuck between a rock and a hard place? And no, I'm not talking about a Rolling Stones tune, but that of Shanesha Taylor, who left her kids in the car so she could sit a job interview.

According to an article in Global, the 35-year-old Phoenix single mom claimed she had no one to mind her babies, so she left them in a hot car with the engine running and the windows down a crack with no air-conditioning running. (By babies, I mean literally a six-month-old baby and a two-year-old boy.)

While it wasn't her wisest move, the mom's torment is apparent in her mugshot. It's either this, she must have thought, or no future for her kids. She took the gamble.

When she returned to the car—an hour later—her baby was "crying hysterically and sweating profusely." The temperature inside the car apparently soared over 100 degrees.

While we are notoriously quick to rip other parents a new one, in this case people have rallied together to raise more than $91,000 on YouCaring.com to help the unemployed single mom who depended on food stamps to feed her family.
Her children easily could have died because of her actions. At best Taylor faces losing custody of them. At worst, up to a seven-year prison term.
Does Taylor deserve a second chance?
People were decidedly less supportive in this case, in which a four-year-old was left unattended.
Category:
Life - In The News
Tags:
mummy buzz
Shanesha Taylor
job interview
hot car
child neglect
single mom
kids in car
you caring
leave kids in car
mom leaves kids in car
unemployed mom
negligent mom
Apr
07
2014

We are beyond pain 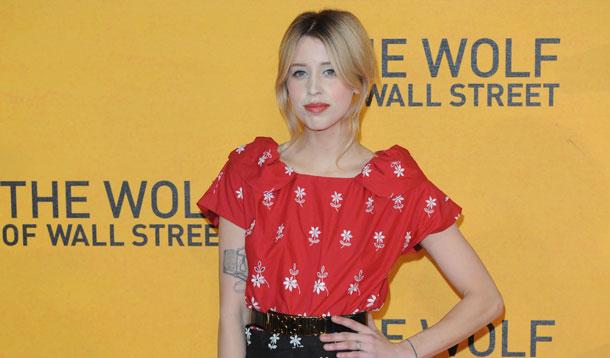 Mother of two and daughter of Live Aid founder Bob Geldof, Peaches Geldof has died at 25. While the circumstances surrounding her sudden death are not yet clear, according to an article in the Evening Standard police were called to her Kent, England home, where her body was discovered.

The young writer and TV star tweeted frequently. Her last post showed a photo of her with her mother, the late Paula Yates, who died from a heroin overdose in 2000 following the suicide of INXS singer, Michael Hutchence in 1997.

"Peaches has died. We are beyond pain. She was the wildest, funniest, cleverest, wittiest and the most bonkers of all of us. Writing 'was' destroys me afresh. What a beautiful child. How is this possible that we willnot see her again? How is that bearable?

"We loved her and will cherish her forever. How sad that sentence is. Tom and her sons Astala and Phaedra will always belong in our family, fractured so often, but never broken. Bob, Jeanne, Fifi, Pixie and Tiger Geldof."

Her sons were both under the age of two. So incredibly sad for them to lose their mother.

These tragic celebrity deaths took the world by surprise.