Imagine a life without sound... 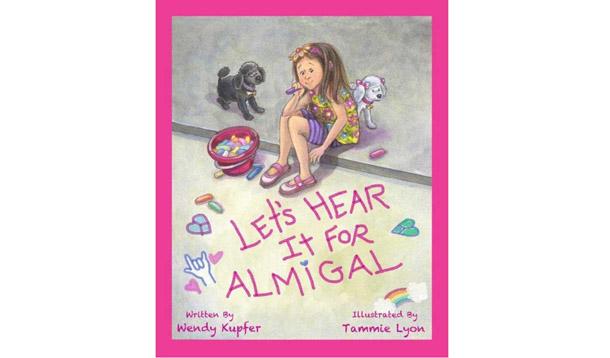 Hearing loss is more common than you might think. According to Stats Canada, 2.9 million Canadians experience some form of hearing impairment—equivalent to one in ten. And with around three of every 1,000 babies born with some degree of hearing impairment, it's one of the most common disabilities in children. For a condition so prevalent, we still have a long way to go when it comes to awareness.

Remember how three-year-old Grayson (watch below) reacted upon hearing his father's voice for the first time? It's a holy grail that Wendy Kupfer has spent the past 30 years chasing.

The award-winning children’s book author knows firsthand about the challenges and triumphs of raising a child with a hearing impairment. After all, doctors once predicted that Kupfer's 10-month-old daughter would never speak. Today, her daughter has grown into a happy chatterbox who holds a Masters degree and works with deaf and disabled clients.

Not only does “Let’s Hear It for Almigal” boost self-esteem in children with hearing impairments, it fosters a sense of understanding and acceptance of all kids with disabilities. Kupfer is generously donating 5% of book sales to organizations that support children with hearing loss and their families.

And we're giving away an autographed copy of Let's Hear It for Almigal! To enter, all you have to do is leave a comment below and tell me why you want your child to read it. You have until 7 August 2013 to enter. You must be a YMC member and please be sure you've registered your email address in our commenting system so we can contact you if you win.

Yummy Rules and Regs: You must be a YummyMummyClub.ca member to win. Click to sign up! It's free and filled with perks. One comment per member. Entries accepted until August 7, 2013. Contest open to Canadian residents (excluding Quebec). Winners will be picked using www.random.org. See full contest rules.

Don't be limited by your child's limitations 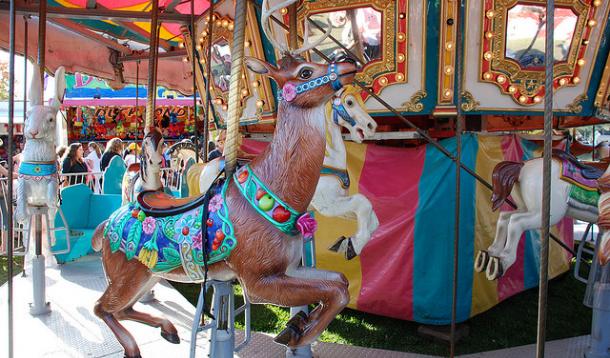 If you have a child with autism or a similar condition, it's all too tempting to avoid going out. After all, who wants the stress and hassle of dealing with possible behaviours in public? (Not least of which the glaring eyes from ignoramuses who just assume you're a crap parent.)

But summer—and life, for that matter—is too short to let your child's limitations limit your family. With a little forethought and careful planning, there's no good reason why you can't enjoy the same special outings as everyone else.

Big crowds, long waits, loud noises, flashing lights... On the face of it, many attractions are a sensory nightmare for children on the spectrum. Knowing this, I felt the fear and braved a popular amusement park, anyway. Surprisingly, my son—and therefore we—had a great time. (The only hiccup came at the end of rides when he was told to get off. After calmly explaining that he could line up and get right back on for another turn, he was fine and eventually played by the rules. My bad for not explaining the process beforehand.)

So here are my top five tips for surviving big days out. Though they are aimed primarily at kids on the spectrum, any parent could do with adopting some of these simple strategies to make your day out a little easier on the nerves:

1. Bring supplies: Forewarned yada yada... Even for early birds, sometimes waiting is unavoidable. And even though I'm all for my son 'learning' to hold his horses like everyone else, he can only do so in doses. When waiting for meals or rides, or even as a distraction, bring along whatever gizmo or toy will capture his attention. Many parents frown at the sight of kids with iGadgets but if they only knew the alternative, they wouldn't be so rash to judge. Often being tuned into a device gives a child a much-needed opportunity to tune out the world and thus regroup enough to rejoin it.

2. Timing: Go early or go home. By arriving when a park first opens, you will avoid the worst of the lineups and crowds, because frankly most people can't be bothered to get out the door that early. So the busiest times usually tend to be afternoons. Early arrival gives your child time to acclimatize to the environment without having to deal with the added stress of noise and waits. When the crowds do come, chances are your child will have had a good crack at the activities and be more than ready to go pack up, and so you won't feel bitter at having spent coin for nothing.

3. Plan ahead: Google is a great tool, isn't it? Not only can you avoid lineups by printing prepaid tickets at home, you can often plan your day by looking at site layouts and finding exit strategies and your own designated quiet areas before the panic sets in.

4. Factor in breaks: Even when things seem to be ticking along smoothly and your child is having a blast, it's important to take breaks. Set aside 10 minutes for a healthy snack. It could be just the segue that saves your child from becoming overloaded. By the time you're thirsty, you're already dehydrated. It's the same with meltdowns. Don't wait till your child is maxed out before taking a time out. Often it's too hard to get back on track post meltdown, and all parties will likely be exhausted. Prevention is always the best medicine.

5. Leave early: While it may sound contradictory, when the going is good, the good get going. By not waiting until the situation unravels, you will keep those good memories intact and those smiles firmly in place in the scrapbook. Not only does this boost a child's confidence ("Hey, look, remember how I kept it together and had fun?"), but the prospect of a return journey become a tantalizing reward rather than a threatening recurrence of a failed expedition. And even if it all goes pear shaped, at least you know you tried.

Care to share any tips for outings with your special child? We can all stand to learn from each other... 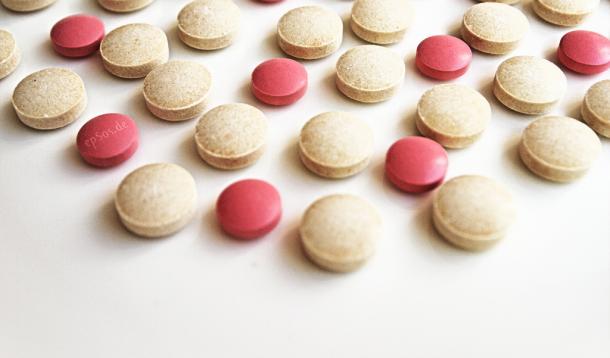 In special needs circles, it has been touted as the miracle sleep cure. But is melatonin actually safe for children? Pediatricians aren't yet convinced.

Many people have trouble getting a decent's night sleep, myself included. When I first heard about melatonin, it sounded too good to be true. A pill that would help me ease into the land of nod, and stay there. And it was natural, to boot. What's the catch, I asked. Well, seemingly none.

In fact, melatonin was the answer many parents unhesitatingly gave me when I complained about my son's wakefulness on autism forums. Though I often take it myself, do I really want to give my 4-year-old a pill—how ever natural—to get him to sleep? The jury was still out when I read the CBC's discussion about children and melatonin use.

Just as well. While 25 per cent of children suffer from some form of sleep difficulty, that figure jumps to half for children with special needs, according to the Canadian Sleep Society. But is a supplement really the answer? And are there any long-term side effects we still don't know about?

On the label, melatonin is designed to be used "to overcome jet lag or occasional insomnia," but many people use it every single night. And that's potentially dangerous, particularly when those people are children whose bodies and brains are still developing.

"It's being touted as this magic pill," said Dr. Shelly Weiss, a neurologist at the Hospital for Sick Children in Toronto and president of the Canadian Sleep Society. "There's definitely concern that people are going to use it more widely and not appreciate that their child can learn to sleep better without a hormone being given."

Wait? What, a hormone? Though Weiss admits that when used in correlation with behavioural strategies, melatonin is a "godsend" for children with conditions like autism, cerebral palsy and ADHD, yet she and her colleagues caution against long-term use of the supplement which can delay development and the onset of puberty.

So what's a parent to do? Maybe only use it in cycles, or during particularly bad sleep patches. For now, I'll hold off until my son is a little older. In the meantime, it won't hurt him (or me) to try the following 'natural' sleep tips, courtesy of the Sleep Society.

Does your child take melatonin to sleep? Are you concerned about the possible long-term side effects?