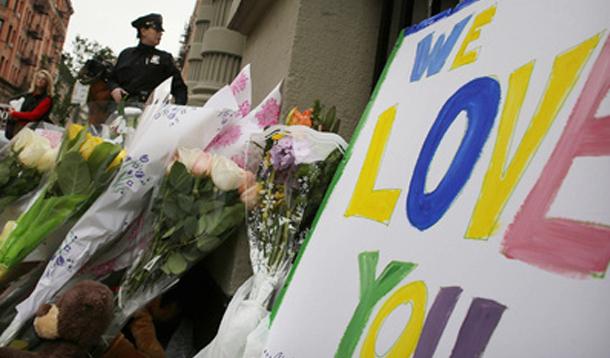 The headlines were like something out of a horror film. When I read about Yoselyn Ortega, the New York nanny who allegedly stabbed to death two of the three children she was looking after, my blood ran ice-cold.

Many of us are still reeling from a scenario that is every parent's worst nightmare come true. On paper, 50-year-old Ortega seemed like the perfect nanny—mature, with no prior record of any kind.

And the Krims, an affluent young family living on the Upper West Side, seemed to have it all. Marina could have been any one of us. A blogger, she loved her three little ones and shared her family's treasured moments online. A stay-at-home mom, she had decided to employ a caregiver a year ago.

Also like most parents, the Krims had been diligent in the nanny selection process. They reportedly even spent over a week in the Dominican Republic with Ortega's family before hiring her.

“This is just shocking,” said the nanny's niece, 28-year-old Katherine Garcia. “She loved those kids. I don’t know what would make her do this.”

That's the million-dollar question right now as police hold Ortega (who is in critical condition following her own attempted suicide) in custody. How can this sort of thing happen? And if it can happen to the Krims, doesn't that mean it can happen to any one of us?

A stay-at-home, work-at-home mom myself, I'm speaking from a position of privilege. I have witnessed all kinds of nannies: the good, the bad and the ugly. But never once have I witnessed any kind of abuse, though I have witnessed some blatant indifference, even neglect.

Once, having spotted a friend's child at a park in her area, I said hello and waited to see who had accompanied him. Having never met my friend's new nanny, I had no idea what she looked like. So I waited. No one was anywhere in the boy's proximity as he played, somewhat daringly, on the play structure. I married up nannies with the children they were looking after. I waited some more. In the distance a couple of caregivers sat together on a bench under a tree. After a while I deduced which children they were 'caring' for, too. Neither was my friend's son.

Later, I told my friend the story. Obviously she would draw her own conclusions and speak to her nanny about what happened—or didn't happen, as it were—at the park. For all she knew I was a stranger talking to the boy. Not once in that quarter of an hour did she step over or make herself known. I worried. What if that had been my son?

We place in our caregivers' hands our most priceless possessions in the world. We have to trust, often blindly, that these nannies will not only guide our children, but keep them safe from harm. But how do we do that? How do we trust implicitly?

Can a person become suddenly so unhinged that they commit this kind of seemingly random violence? Garcia claims her aunt had been “acting kind of nervous lately.” Were there signs of a breakdown that got glossed over or swept aside in the chaos of daily living? We may never know.

But the fact remains: a couple has lost two of their precious babies in the most devastating way possible. Keep your eyes open. And when you see something that doesn't sit right with you, by all means open your mouth, too. 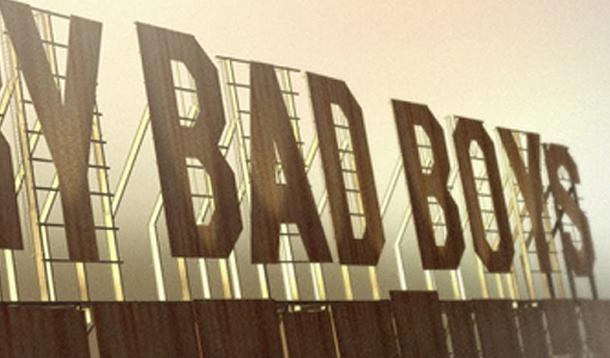 The dark knights of the silver screen are upon us, folks.

Even if by some crazy feat you've managed to eschew the hype surrounding Twilight and Fifty Shades of Grey, you'll find it even harder to resist in the coming months. When bestselling book translates into slick screenplay, it's guaranteed to reach an even greater audience—many of whom won't be mature enough to process its dark themes.

With the final instalment of the Twilight franchise hitting cinemas soon, I am reminded that the fabled bad boy may make for good fiction, but seldom does he make a great catch in real life. Don't believe me? Just ask Rihanna.

Like Edward Cullen, the brooding love interest in Twilight, the enigmatic CEO in Fifty Shades, Christian Grey, is all dark armour. Both men are possessive and controlling to the point of warranting a restraining order. “Mine, you are mine,” goes Grey's mantra. In reality such behaviour would make any sane woman run a mile in the other direction; in fiction, , however, it’s a blatant turn-on.

What's up with that? Are legions of supposedly liberated women privately fantasizing about being a man's helpless play thing? Do we all harbour a secret sexual desire to be victimized or what? Did Gloria Steinem don that bunny tail for naught?

But this post isn't about what grown women lust after behind closed doors. It's about our daughters and nieces, not to mention our sons and our nephews.

Time and again we are told how undeserving and unworthy Ana and Bella are of their knights, who by the way are stinking rich and painfully handsome. These young women are supposed to be smart and beautiful, yet they lack confidence in their qualities instead of owning them. They follow the whims of their knights, often ignoring their better judgment and self-preservation instincts. Bella chooses death over life (as a mortal) without Edward. Ana ultimately chooses to let Christian physically abuse her, even though she knows it's essentially 'fucked up.' Not exactly the kind of message we want to send to our young ones.

But the most 'fucked up' part of the story is not actually the characters but the fact that both of these mega-bestselling books were written by women. Poetic license grants a writer the freedom to dream up whatever warped worlds they can dream up. However, when does license extend into social responsibility?

What duty, if any, do authors have to create strong female leads (and males who respect them)? Admittedly, the protagonists of both my books are screwed up. One is a bullied 14-year-old Albino boy who ultimately gets revenge. The other: an innocent 17-year-old student-turned-stalker. Conflict is the lifeblood of fiction, so to some degree its main characters need to be conflicted. It's mandatory. Fiction Writing 101.

Having said that, I do worry about the impact such books are having on the young women and men who read them. Twilight is intended for Young Adult readers. Fifty Shades isn't, but you can bet your Indigo dollars that many minors have already thumbed through the odd whipping and spanking scenes without fully understanding what's going on between the lines.

How do we explain the allure of these books if we don't fully understand it ourselves? I honestly don't know, and yet we must.