Have You Had the S-Talk Yet?

Have You Had the S-Talk Yet? 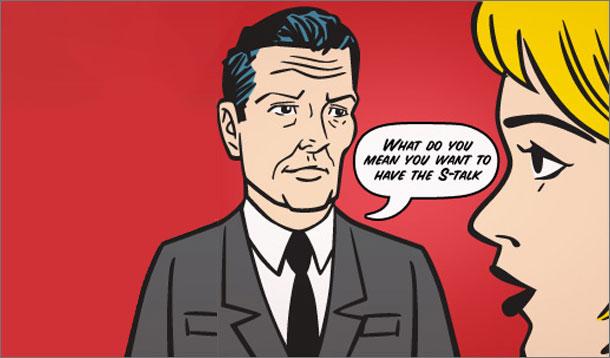 Have you had the S-Talk yet? No, not that S-Talk. That's so 1970s, and in fact, I'm sure most kids today could teach ME a thing or two about nature's discourse. Your parents had that talk with you. Now it's time to pay it back by talking to them, about that other s-word: strokes.

Even though June was officially 'stroke' month, this kind of conversation can and must take place throughout the year. It's simple and truly can save lives. That's why the Heart & Stroke Foundation has taken the awkward factor out of the chat by creating this e-card to educate your nears and dears about the signs of stroke:

Apparently there are over 50,000 strokes occurring in Canada each year—roughly one stroke every 10 minutes! Another shocker: more women than men die from stroke. Don't let it happen to you, like it did to this woman. I will never forget how heart-wrenching it was to watch my great aunt, so vivacious and well, loud, lose her speech entirely and much of her mobility, from a stroke.

VTech Toys Made in Chinese Sweatshops

Working in a Pigsty

VTech Toys Made in Chinese Sweatshops 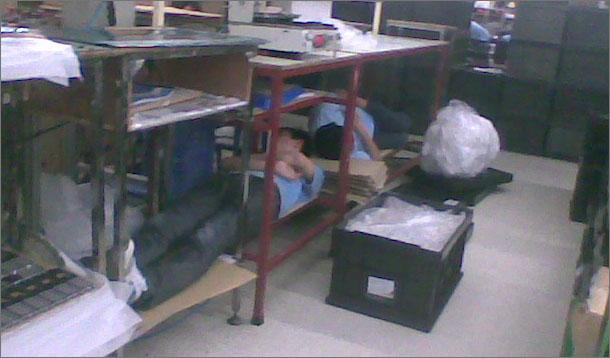 A recent report from the Institute for Global Labour and Human Rights (IGLHR) cast a chilling picture of conditions inside a VTech electronics factory in Guangdong, China. The manufacturer -- which makes toys, phones, as well as other inexpensive electronics—has been violating a long list of labor and human rights codes, including 12-15-hour working days, excessive overtime and substandard wages (about 6.5 percent of what factory workers earn in the US).

"Sometimes I want to die. I work like hell every day for such a dull life," said one worker.

Other workers also reported suicidal feelings from working in an environment in which security guards allegedly beat the staff. The conditions were also appalling: eight workers sleeping on plywood bunks in summer temperatures exceeding 90 degrees Fahrenheit.

"VTech is a nasty and cruel sweatshop, which has been exploiting workers for years," said Charles Kernaghan, director of IGLHR. "It is sad that powerful corporations like AT&T, Motorola and Wal-Mart have not lifted a finger to demand that even China's weak labor laws be respected."

Since the report came out, Telstra claimed it would not longer selling VTech's products, while the company itself "categorically rejects these allegations and is now considering taking appropriate legal action."

Perhaps if we persuade enough companies to boycott VTech products, the factory will close or at least offer humane conditions to its staff. A petition letter is a good place to start.

Cruising for a Bruising 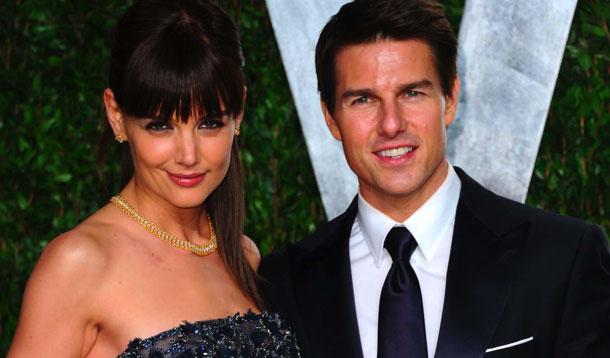 On the back of news of this famous split, Tom Cruise and Katie Holmes are calling it quits. After five years together, 33-year-old actress Katie was the instigator, citing irreconcilable differences. She has also filed for sole custody of six-year-old daughter, Suri, and according to TMZ.com, is claiming a "suitable amount" of child support from 49-year-old Cruise.

The couple got engaged in Paris and later married in November 2006, in Italy. It seems the kiss of death in Hollywood to boast about how blissful your relationship is. And that's just what happened with Tom and Katie, who were very public about their relationship in the early days.

"Yes, I proposed to her," Cruise told People magazine at the time. "It was early this morning at the Eiffel Tower, so I haven't slept at all. Today is a magnificent day for me, I'm engaged to a magnificent woman."

Holmes was equally smitten, calling Cruise "the man of my dreams" in the August 2005 issue of W magazine. “From the moment I met him, it just felt like I'd known him forever. I was blown away. He's the most incredible man. He's so generous and kind, and he helps so many people, and, um, he makes me laugh like I've never laughed, and he's a great friend."

You have to feel for Tom, who was away from the couple's New York home, filming Oblivion on location in Iceland, and apparently didn't see it coming. It must be awful to find out that your marriage is crumbling at the same time as the rest of the world.

Do famous couples have it harder than the rest of us?