I Can Make Your Booty Pop 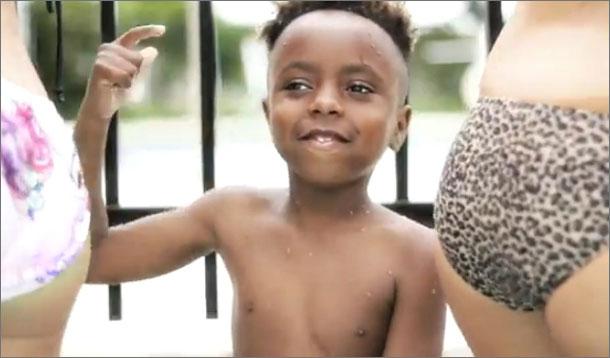 And filed under WTF is a new rap video by a 6-year-old rapper named Albert Roundtree Jr.. But instead of applauding a prodigy act to come out of Florida, you might want to call child protection services instead.

Not only is the song called "Booty Pop," little Albert is shown in the video suggestively firing a water gun while sandwiched between two bouncing bikini-clad butts.

Every day it seems there is a story about little girls being sexualized by the media or their own parents. But this video goes to show that it's not only little girls manipulated by the very adults who should be shepherding them.

According to the Miami New Times, little Albert's parents paid for the video in the hopes that their son becomes a famous rapper. Sure 'Booty Pop' is already gaining notoriety, but at what cost?
His parents must not have minded the end result because video director Tyler Council is already at work on another video for the single "Girls, Girls, Girls."
"I haven't had time to think about anything besides 'Booty Pop' because it's destroying the internet," said Council, who's clearly of the opinion that even negative press is good press. "[Albert's] belly button is more important than Andy Griffith dying, and Obama getting the healthcare act past the Supreme Court. I think it's ridiculous."

It's not just ridiculous, it's tragic. Not saying a kid can't rap, but can't he do it in an age-appropriate way? Like The Puppies singing "Hey Little Mama" in the schoolyard. Even though Kriss Kross annoyed the shit out of me back in 1992 with their wiggity wiggity wiggity wack, at least they were relatively harmless.

You tell me. Is little Albert putting the fun back in dysfunctional?

Feeling the Heat, But Not the Burn 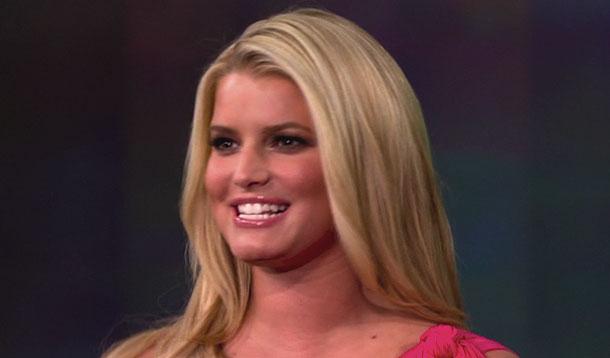 No doubt about it, Jessica Simpson is under a lot of pressure these days. While most of us are keen to shed our baby-bearing pounds, we don't have a multimillion-dollar contract riding on it.

According to OK! magazine, the star's wedding may be delayed because she's not losing the weight quickly enough to honour her Weight Watchers deal. New hubby Eric claims to be so concerned about her mental health that the couple has put off their nuptials, planned for this summer.
"He’s doing it because he cares about her,” says a source. “Eric says the pressure to get thin is playing havoc with Jessica’s mood swings—she gets super short—tempered and emotional.”
In the meantime, Jess has other wedding business to attend to: her own line of bridal wear. So says Touch Weekly which claims the designer will expand her clothing line to include wedding gowns for curvaceous bods like her own.
Has the WW deal provided Jess with a healthy dose of motivation or an untenable goal? Is money a good incentive to lose weight?
Category:
Culture - Celebrity
Tags:
Jessica Simpson
weight watchers
jessica simpson weight loss
jessica simpson weight watchers deal
weight loss
losing weight
jessica simpson struggles to lose weight
baby weight
mummy buzz
Jul
10
2012 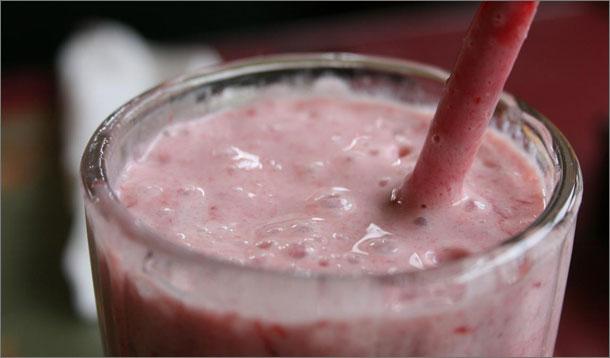 Give me Starbucks any day of the week, beetle notwithstanding. The latest trend in placenta preservation is smoothies.

According to Hazel Mayger, a recently trained Placenta Encapsulation Specialist (for real) in Northern Ireland, placenta plays a key role in replenishing a woman's blood supply after childbirth.

The Independent Placenta Encapsulation Network (also real) claims that blood loss during delivery can be as much as 1/8 to 1/10 of a woman's entire supply. With caesarean section, blood loss can be "significantly more," and can lead to anaemia. No wonder we feel so exhausted after having a baby! Placenta helps pump back meaty iron, amino acids and essential fats into the new mom's body.

"We have found however that mothers who consume their placenta after birth, particularly after consuming raw placenta in a smoothie, bleed significantly less," said Ms Mayger.

"The most important nutrients found in rich supply in the placenta include stem cells and growth factors, iron, vitamins B6 (aids in the making of antibodies), Vitamin E (for healing damaged skin cells), Oxytocin hormone (essential for facilitating birth and breastfeeding), CRH (responsible for reducing stress levels), Cytokins (fibroblasts that trigger cell metabolism healing and replacing damaged cells and tissue. Women who have consumed their own placenta testify that it has given them energy, improved their mood, reduced the likeliness of post natal depression and improved their milk supply."

Having said that, if you managed to sneak a peek at your placenta after the fact, you'll known it's not pretty. Ground up in a capsule? Maybe. But raw in a smoothie? Seriously, the stuff of a Survivor challenge.

Could you get over the ick factor if it meant kick-starting your post-birth recovery?