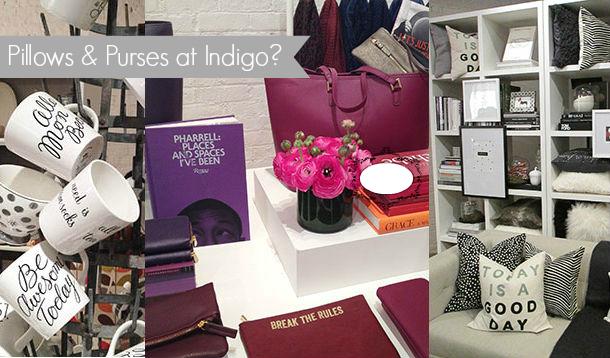 I've always loved shopping at Indigo — I'll go there with the intention of purchasing a book — and will often end up sidetracked in the stationery and home goods sections. But recently, it feels like Indigo has stepped up its style game...and after attending their Fall 2014 Preview — I now know why! 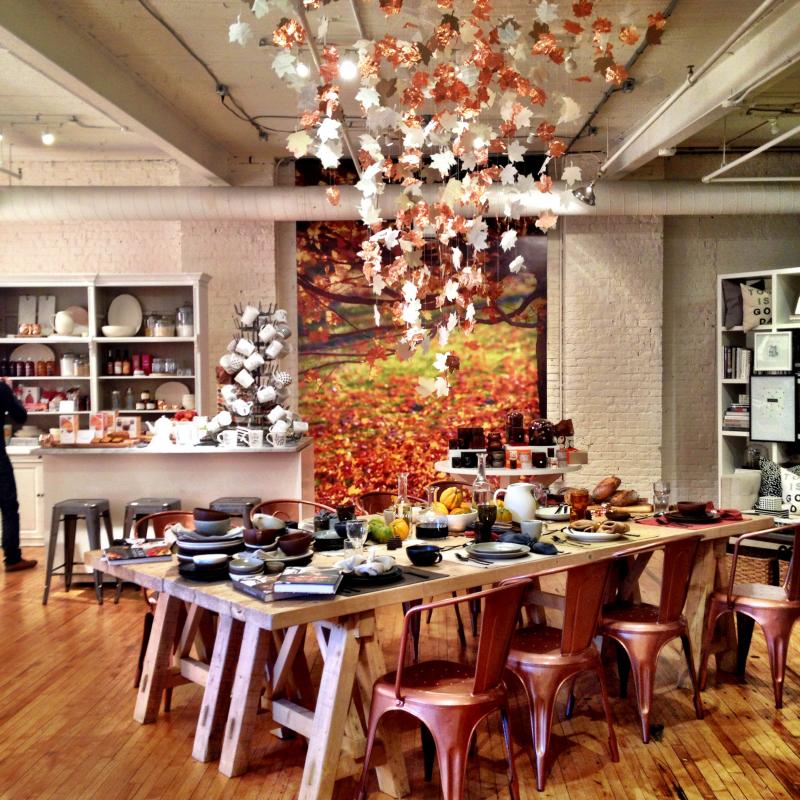 With a movement towards themed rooms—fashion items with fashion books, tableware with cookbooks, decorations and interior design books—and new hires from J.Crew and Martha Stewart, Indigo is no longer just a bookstore, it's a lifestyle store. 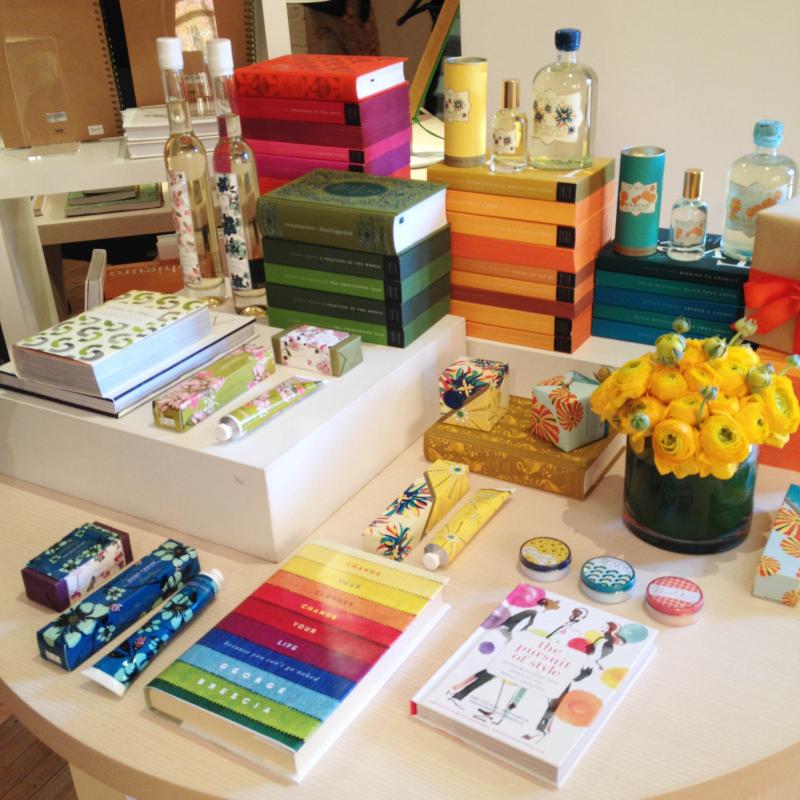 Although you'll always find a wide variety of books on every topic you could think of... 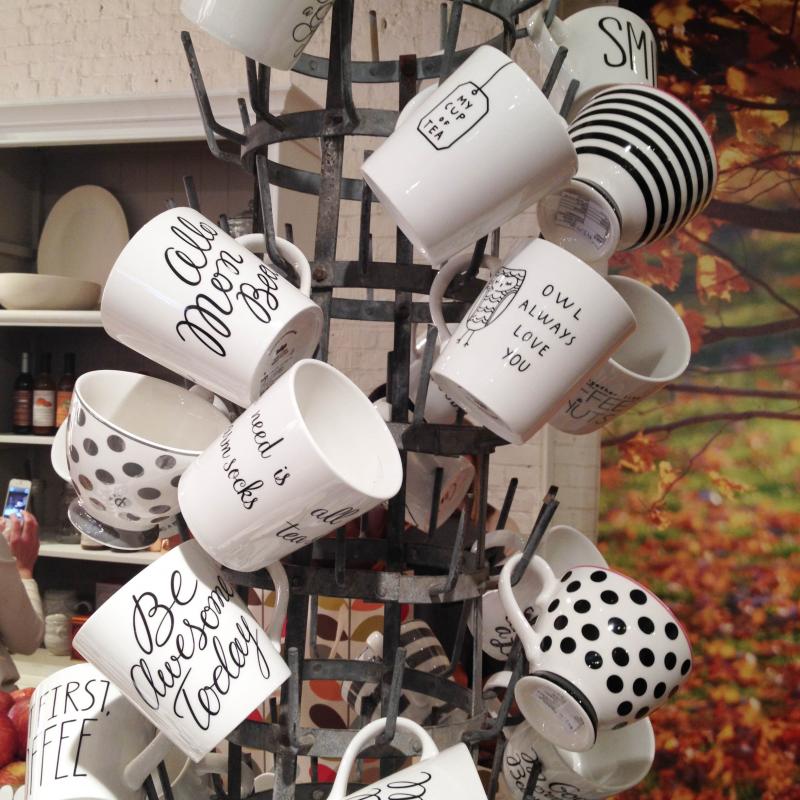 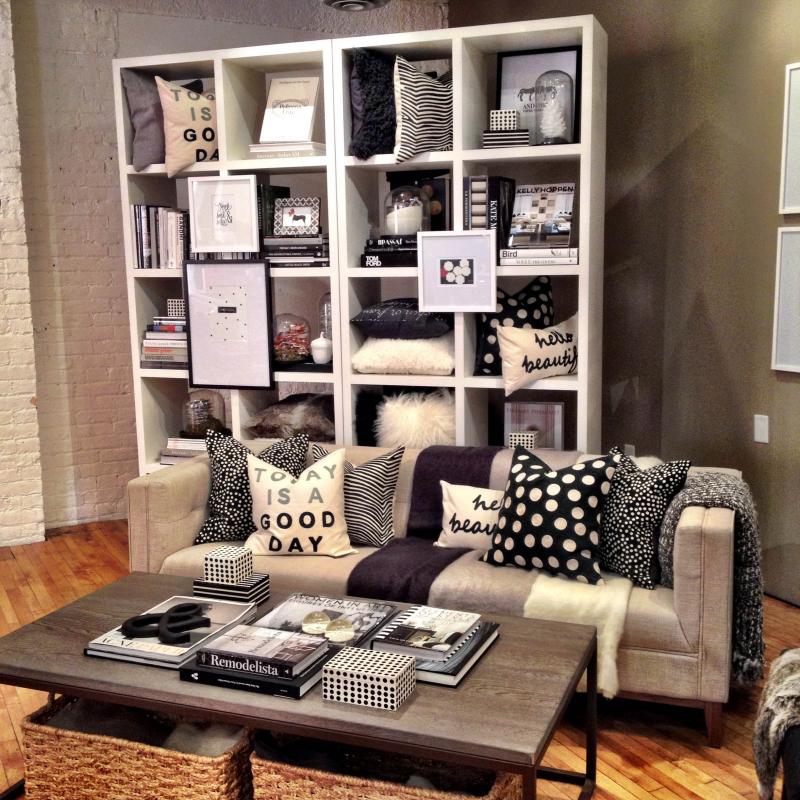 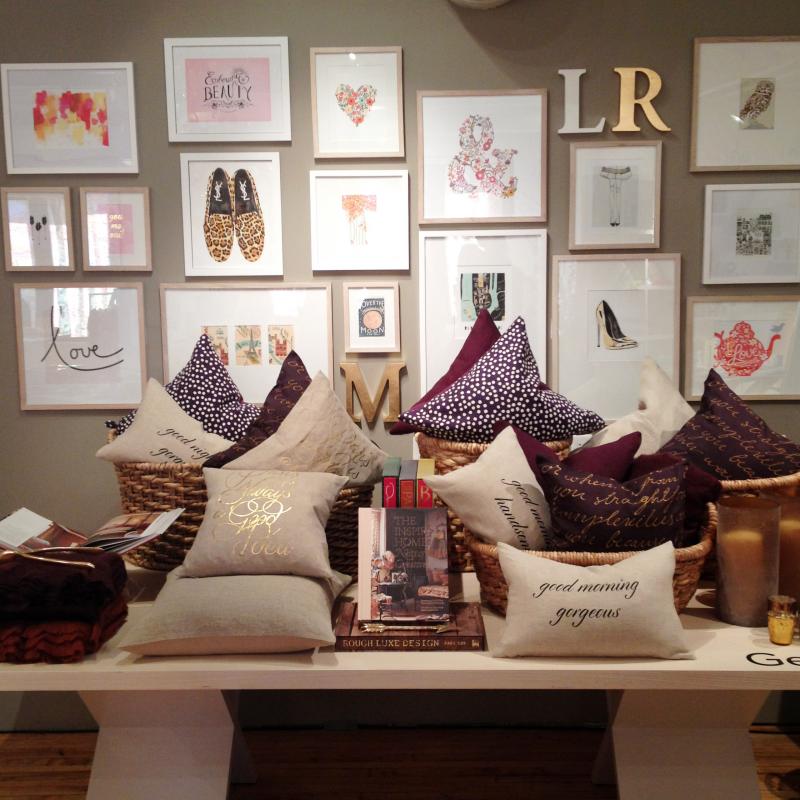 Handmade prints from Indigo's collaboration with Etsy (priced around $29)... 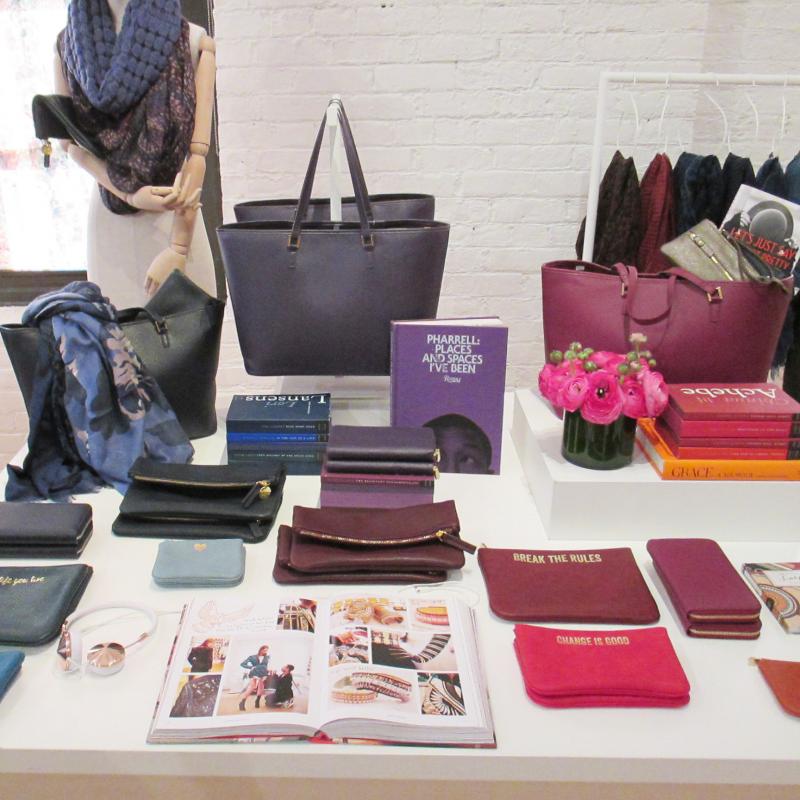 And of course — my favorite section: handbags and pouches. The totes are so gorgeous and well-made, and are reasonably priced at $45. The on-trend foldover clutches are $22 and the pouches are all under $20.

There's a lot more to love at Indigo and I'll definitely be stopping by when buying birthday presents and teachers' gifts!

Have you noticed the new products at Indigo? Which is your favorite item from the preview?

In related news, did you know Indigo was bringing American Girl Dolls to Canada? And if you love handbags as much as I do, you'll want to read my post on crossbody bags for every budget!

Indigo is partnering with American Girl to bring this popular range of dolls to Canadians. 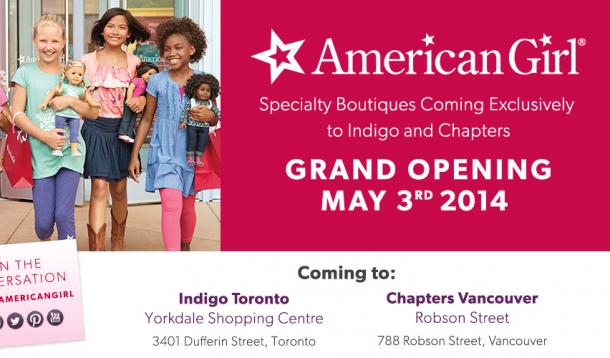 If you have a doll-lover in your house...you may have heard of American Girl dolls. You might even remember them from your own childhood (not mine — I'm from the Cabbage Patch Kid-loving early 80s.) Created in 1986, these 18-inch dolls were the brainchild of school teacher Pleasant Rowland, who wanted to encourage an interest in American history by creating dolls based on different historical periods. Each doll came with a personalized range of books, clothing and accessories.

As the American Girl dolls gained popularity, non-historical dolls, toddler and baby dolls were added to the production line-up. The company was acquired in 1998 by Mattel — and continued to grow at a rapid pace — with the launch of dedicated American Girl stores complete with hair salons and restaurants.

And now American Girl dolls are expanding overseas. In partnership with Indigo, two American Girl boutiques will be opening on May 3rd in Canada! One in Indigo Toronto in the Yorkdale Shopping Centre and the other in Chapters Vancouver on Robson Street. Indigo's American Girl specialty boutiques will carry dolls from the Girl of the Year, My American Girl and Bitty Baby collections, as well as doll accessories, Dress Like Your Doll girl-sized clothing, and American Girl books. They will have Doll Hair Salon's on-site, but no restaurants. 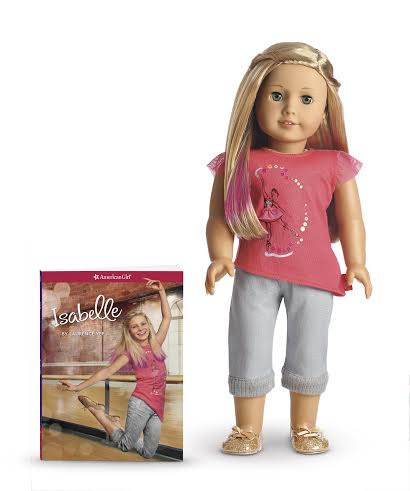 As a reformed doll collector, I always wanted to get one American Girl doll for my daughter. Even though they're pricey, I have seen American Girl dolls from the 80s, and they're so well-made, they still look good today. And if they ever get damaged, you can send them to the American Girl doll hospital (yes, it exists!) to be repaired. I had imagined taking my little one to the American Girl store and letting her pick out a doll (maybe one with brown hair like hers) to play with and take care of for always (okay, maybe I looked forward to joining in on a tea party or two!)

As luck would have it, while visiting family in South Carolina last year — I spotted Kailey at an Antique Mall. Yes, she had a hair cut — but for $20, she was a bargain...and after a bath — she was perfectly adorable too — hard to believe she was already 10 years old when we found her! 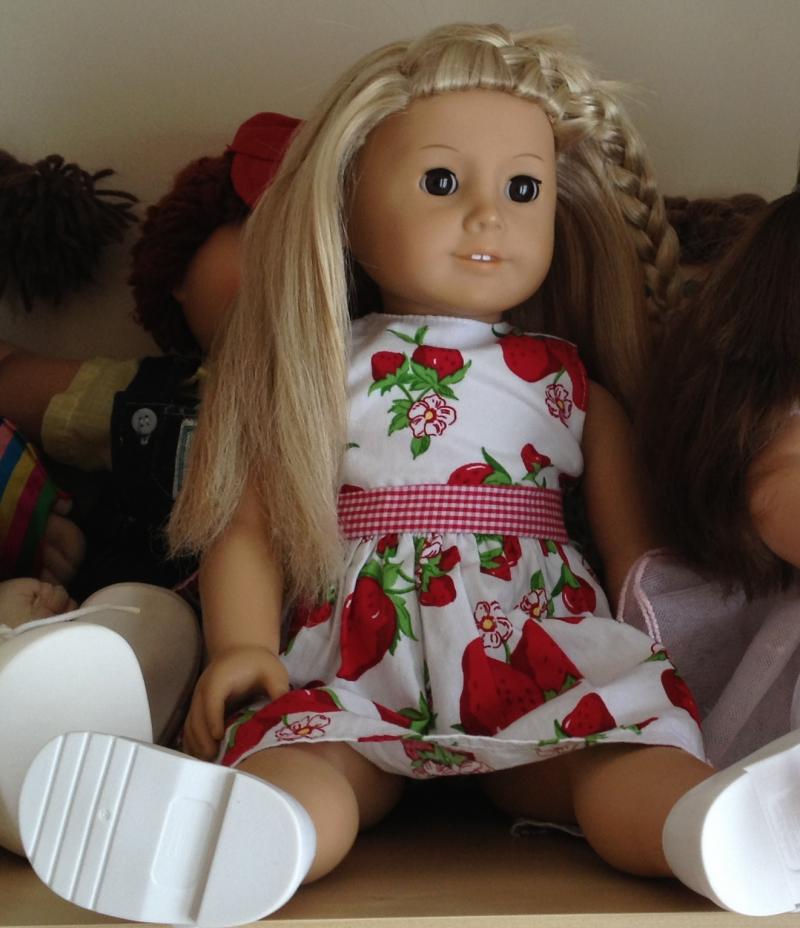 Even though we already have one American Girl doll in the house, we're still super-excited to visit the American Girl store when it opens in Toronto. Maybe Kailey needs some new clothes...or a new friend (but only one!)

To celebrate their American Girl specialty boutiques, Indigo is giving away 2014 Girl of the Year Isabelle dolls, one in each of its 89 Indigo and Chapters locations across the country, excluding Quebec. Beginning April 15, customers can enter the contest in-stores for their chance to win. They're also hosting a contest for Indigo plum and irewards members to attend an American Girl private shopping event at either location. (Full contest details here).

Are American Girl dolls popular in your house?

If you would rather go clothes-shopping than doll-shopping, check out my posts on the latest style trends and the hottest cross-body bags!