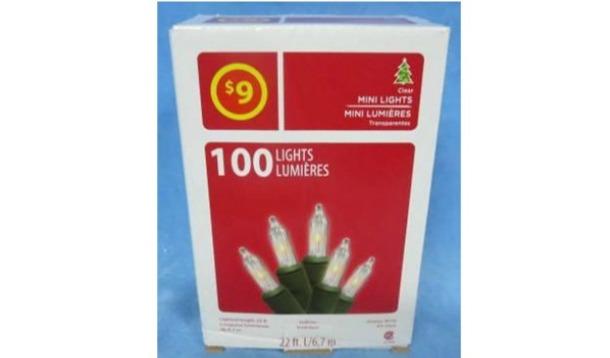 Health Canada’s testing revealed that the lights may overheat, posing a fire hazard.

While neither Health Canada nor Wal-Mart Canada Corp. has received any reports of incidents regarding the lights, customers are advised to immediately stop using the lights and return them to a Walmart Canada store for a full refund.

From October 2014 to October 2015, approximately 104,588 sets were sold at Walmart Canada stores across the country.

Charlie Sheen May Have HIV But He's No Role Model

Charlie Sheen May Have HIV But He's No Role Model 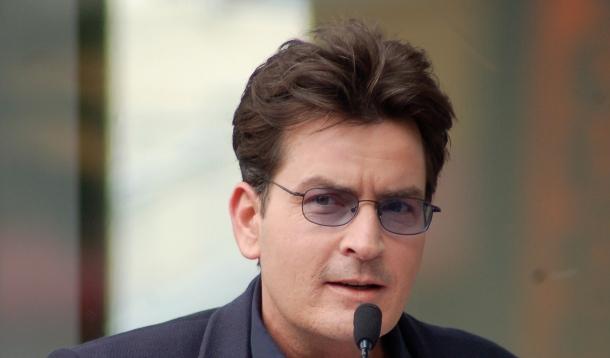 The rumour mill insisted that an A-list celebrity has HIV and that celebrity turned out to be Charlie Sheen. The Two And A Half Men actor admitted in an interview with TODAY that he has had the virus for the past four years.

"It's a hard three letters to absorb. It's a turning point in one's life," said the 50 year-old who was at one point the highest grossing TV star.

Sheen appeared alongside his doctor to clarify that though he has HIV, he does not have AIDS, which occurs when the virus suppresses the immune system. It was an important moment not just in terms of celebrity gossip, but in social education.

Though AIDS and HIV have been around for decades, Sheen's appearance served to crystallize the fact that much misunderstanding still surrounds the virus.

Sheen is healthy, though he must take pills every single day to remain so. The odds of him passing on the virus are not "impossible" as Sheen claims, but more like negligible, as his doctor asserts.

Let's be real. Sheen is not a superhero. He came forward because he was being extorted and blackmailed and has been for years - to the tune of $10m by his estimate - and he didn't want to keep paying out. He claimed his financial situation wasn't great, and the money was coming out of his kids' inheritance.

He's not a hero, but he's not a demon, either. In revealing that he has HIV, Sheen has opened himself up to all kinds of moral judgment from the ignorant masses.

By Sheen's own admission, he's no saint. He's a hedonist, who has been wildly promiscuous and continues to struggle with drink and drugs.

Did he deserve to get HIV? Absolutely not. No one does.

Does he deserve accolades and admiration? Not really.

My only hope is that his admission will make people revisit all those assumptions about AIDS and HIV we thought we left behind in the 1990s.

RELATED: Many Teenagers Don't Know HIV is an STD 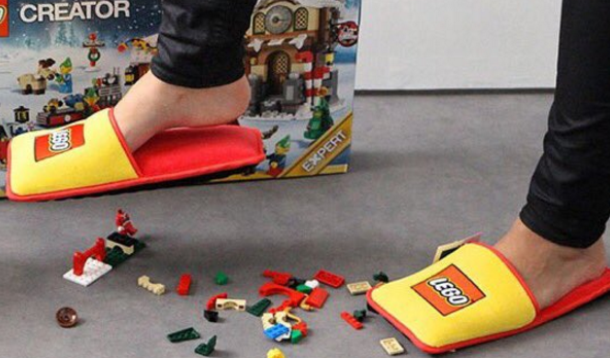 It's one of the greatest domestic hazards going. And since Lego is to blame, the building block manufacturer has naturally come up with the solution: slippers.

Yes, these odd rectangular-shaped slippers designed by the ad agency Brand Station and Lego promise to protect your feet from stray bricks left lying around.

Because with the possible exception of childbirth, there is nothing quite so excruciatingly painful as stepping on a Lego brick.

If you have ever trod on a piece of Lego.... pic.twitter.com/9mlq0Be8p5

Question is: is the extra-thick sole of the Lego slipper enough to protect your tender tootsies from the razor-sharp edge of a plastic brick? Or is it a cunning marketing ploy to ease the dollars out of your wallet (assuming there are any dollars left after you put the latest Star Wars Lego kit under the tree)?

If you want the slippers, there's a catch. You'll have to act fast because only 1,500 pairs will be available to customers who draw up a wish list on Lego France's website.

Then again, if you wait a bit, you can probably snag a pair off eBay for a pretty penny. But hey, who can put a price on the safety of your feet?

RELATED: 9 Ways to Store Lego So You Don't Lose Your Mind