Did he get his just desserts, or was the backlash excessive? 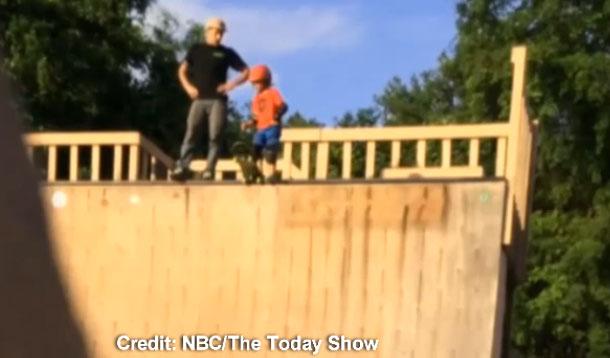 Remember the dad who shoved his six-year-old off the skate ramp with a 13-foot drop? Well, karma caught up with him. Marcus Crossland claims his "bonehead decision" has impacted his entire family, forcing them to move and start afresh.

“It was an effort to help him, but it didn’t come out that way,” Crossland said via an article in Global. “I’m sorry that I made that decision to use that tactic as opposed to another. I’m sorry for the outcome. Because of a decision I made, my wife and my children and everybody has got to deal with it.”

Unfortunately, a Phonenix father must have skipped over that story, because he threw his 23-month-old daughter into a pool in an attempt to "teach her that water is dangerous."

Apparently, toddler Mia threw a five-week-old puppy in the pool, and it drowned. McCarthy then seized his teachable moment, and threw his daughter into the pool—twice—leaving his girlfriend to frantically pull her out.

According to an article in Gawker, Corey McCarthy has since been charged with child abuse. He has already been beaten in jail.

As for Crossland, the last-ditch repentance smacks as an attempt to gain public sympathy (and get the press monkeys off his back).

There are parenting mistakes, then there is outright abuse.

Do you think these dads got their just desserts, or was the backlash—particularly in Crossland's case—excessive?

As a working mother this is a big surprise to me 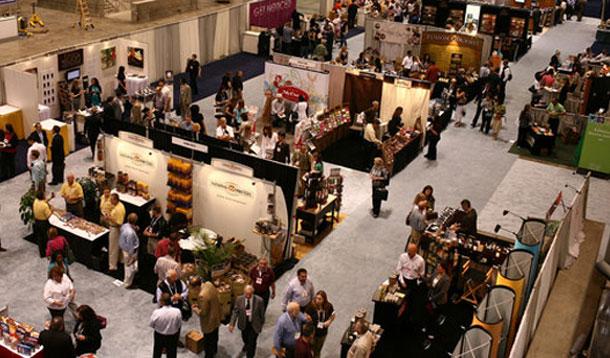 A working mom was kicked out of a trade show for bringing her 10-day old baby. Kristin Osborne was asked to leave Chicago's National Restaurant Association's exhibition, which does not allow children for safety reasons.

According to an article in the Chicago Tribune, the 31-year-old winery owner left her two older children at home, but had hoped the organizers would make an exception for the sleeping infant strapped to her chest who required hourly feeding.

"As a working mother—and I have been working since I had my first one—this is a big surprise to me," said Osborne. " ... I understand not having kids run around or not having strollers—that I understand. A tiny breast-feeding infant, I hope would be an exception to this rule."

Organizers stood by their decision to exclude all children under 16 from the event, which involves knives and open cooking flames.

So how does that regulation sit with the Illinois state law that grants women the right to breastfeed anywhere?

Spill it. Was the trade show right to kick out this working mom?

At the end of the day, it wasn’t ours 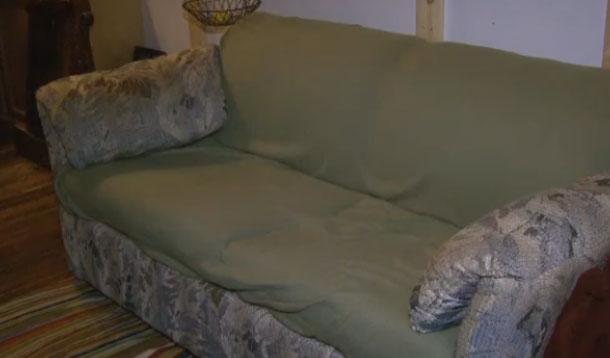 What would you do if you found some money stuffed in an old couch? I'm not talking about the odd Loonie. I mean, A LOT of cold hard cash. That was the quandary faced by a bunch of house-sharing students.

According to an article in Global, the three roommates from New York state stumbled across $40,000 in a couch they rescued from the Salvation Army.

Social worker Cally Guasti claimed that she and her friends had purchased a used chair and couch for $55, and eventually noticed the "arm cushions were weirdly lumpy."

Inside the zippered cover, student Reese Werkhoven discovered $4,000, while her roomie Lara Russo came across more money. The stash totalled a staggering $40,800.

“We put it all on a bed,” Guasti said. “We laid it all out and started counting. And we were screaming. In the morning, our neighbours were like, ‘We thought you won the lottery.'"

Sort of. Except that Guasti also found a deposit slip with a woman’s name on it. When they contacted the 91-year-old woman, she admitted that she had forgotten about the money in the couch, and really needed it.

When the roommates met the elderly woman, she was so grateful that she cried.

In this case, there was no question of "finders keepers." To the students, keeping the money was simply unfathomable.

“At the end of the day, it wasn’t ours,” Guasti said. “I think if any of us had used it, it would have felt really wrong.”

Bet business was booming at the Sally Ann this past weekend...

Ever find something of value that wasn't yours? Did you keep it or give it back?

This mom did the unexpected. And she was unemployed and pregnant at the time...