And you thought you were exhausted... 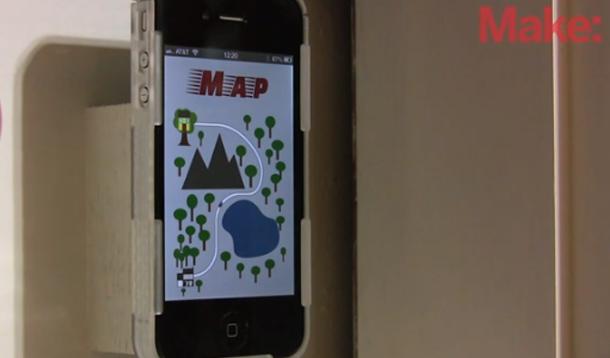 Ever wonder how the Tooth Fairy et al manage that logistical feat of travelling to all those houses swapping milk teeth for coinage? (And you thought you were exhausted!) Now one dad has made her job that much easier.

According to an article in the Huffington Post, MAKE Magazine video blogger Jeff Highsmith has devised a "pneumatic transport system" to—basically a chamber that sucks up the tooth and spits it out in the attic, in return for some cold hard Fairy currency. Very cleverly, Highsmith uses old iPhones to document the ascent and descent.

While I'm dazzled by Highsmith's MacGyver-like know-how, I'm more in awe that he has the time and energy to devote to such shenanigans. The reaction of his child is no doubt the payoff. Magic.

Highsmith is in good company. Check what this dad and this one did to deserve the 'awesome' title...

Now, if he could only devise a piece of pneumatic gadgetry that sucked dirty clothes off the floor and deposited them into the washing machine, he'd be onto something.

Genius way to suspend disbelief, or is it high time to come clean about the Tooth Fairy and Co.?

Even if you don't watch pageants, there's no denying the 87th Miss America has made history 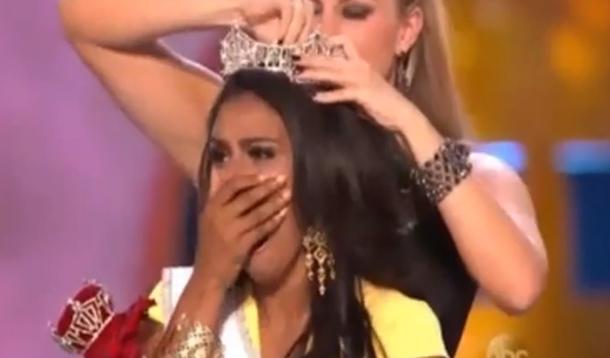 Whether or not you watch pageants, there's no denying the 87th Miss America has made history with two Asian-American finalists. In the end, the crown went to Miss New York, 24-year-old Nina Davuluri, an aspiring physician who had accumulated a host of academic awards and $25,000 worth in scholarships.

According to an article in the Daily Beast, in other respects Davuluri is your quintessential American, having been born and raised in New York state to Indian parents. Not that that stopped the onslaught of racial commentary from the moment she was crowned:

"So miss america is a terrorist" @pizzo_nick

If you think this is the work of the odd racist troll lurking on social media, think again. While it only takes one jerk to tweet such a message, it takes countless more to retweet their support of the bigoted and ignorant sentiment.

In fact, the tweet-hate echoes an earlier incident that marred the triumph of this athlete in her hour of glory.

Arguably more awkward was seeing Miss America Mallory Hagan pass on the crown to a woman who made headlines in the run up to the pageant for supposedly calling her “fat as f—k.”

Of course Davuluri was cleared of wrongdoing, claiming the statement was made by someone in her entourage. Davuluri, who herself had a history of disordered eating, apparently spoke to Hagan "to let her know there was no validity and to apologize if she was offended in any way.”

So Mister America, despite having a 'man of colour' sitting in your 'white house,' you are still playing the race card. And it's just plain boring and sad.

Pageants: like or loathe 'em? Were you pleased to see Miss New York win the title? 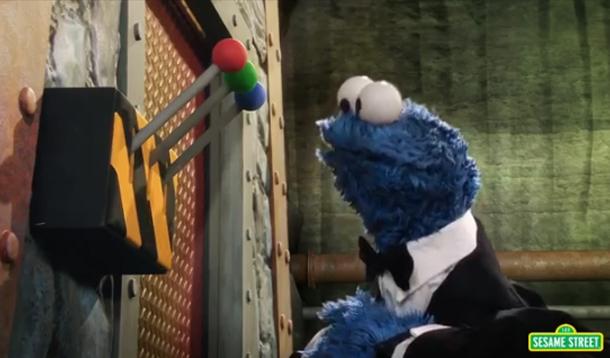 As part of the new season, which begins today, Cookie's motto will be everything in moderation. But rather than have him abstain completely (and suffer needlessly) as he did back in 2005, Cookie will be taught the very trying lesson of "Me want it, but me wait."

The reason behind Sesame's madness: "Self-regulation is a set of critical skills for preschoolers and affects children socially, behaviourally and academically."

For a brand so on the pulse of social issues, it's only surprising that—in our age of childhood obesity—it has taken its creators so long to change Cookie's act.

According to an article in the Huffington Post, our preschoolers are lacking in such skills as attention, goal setting, emotional regulation and conflict resolution.

Of course, as always, Sesame has a lot of fun in store for parents watching the new shows, with the movie spoofs, “The Spy Who Loved Cookies" and "The Biscotti Kid." The idea is to encourage "co-viewing" so that parents can reinforce the lessons and strategies in other settings.

Still a Sesame fan? What do you think of Cookie's new message?