A Three-Step Plan To Surviving Summer 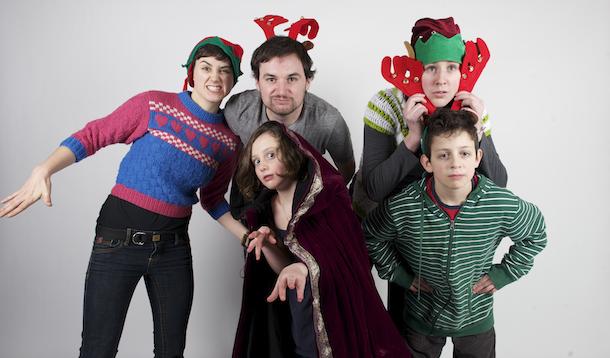 My kids are driving me crazy. Plain and simple. It's been a long, hot summer, and being up-close and personal, every damn day, with two sweaty pre-teens, a stroppy university student, and an earnest, droopy 24-year-old on her navel gazing who-am-I journey is pushing me to the edge. It reminds me of all the summers I spent with my grandparents, and the many days my darling Gramma would say (before she'd slipped down the hall to take off her girdle and secretly slide a mickey of Gordon’s Dry Gin out of a pair of sensible shoes at the back of her closet), "Oh! You kids! Shut up!! You're driving me to drink!!"

Ya know, I think Gramma was on to something.

So, with her wise words in mind, I've decided to take a page out of her book (or a Gin out of a shoe, if you prefer that metaphor—which I do) and develop a strategy, a plot, an ingenious scheme, to make it through the rest of the summer. My plan is simple in concept and sure not to fail. Bwaaa-haaaaa-haaaaaaaa. Bwaaaa-haaaaa-haaaaa-haaaaa-haaaaaaaa…(the evil laugh doesn’t work as well in print as it does in my head, but try to go with me on this).

When approached with the Greek chorus of “I’m-bored, I-want, I’m-hungry, she-touched-my, I-need-gas-money” demands, and the overwhelming scent of hose-wet adolescent, I’ll stop. That is, freeze. Stop moving entirely. You see, a mother standing in a kitchen or laundry room, or sitting on the toilet is such a ubiquitous sight to her offspring that she becomes almost invisible (a mother’s natural camo, especially if she's holding any implements coated in food remnants, filthy socks turned inside-out, or as with seeming regularity in my case, mid-stream). If, in the event that Step One fails and the Barbarians sense my presence (which I admit, may be more often than I like, them being equipped with highly tuned mom-dar), I'll move on to Step Two.

After being spotted by the hordes, with the unfortunate failure of my camouflage, I'll smile (to put them off their guard), then run. Admittedly, I'm not as fast as the little ruffians, and when determined they have incredible stamina. But I hope that with the combination of the disarming smile, and the sudden movement (of which they’re unfamiliar—sudden movements from their mother, I mean), the savages will be unsure of what's happening, thus giving me a much needed head start. I plan to press my advantage, make a fast-break for any room with a lock, and once inside throw the bolt (or turn the little button on the knob, but that doesn’t sound nearly as impressive).

Now, I haven't failed to account for the problem of having the brutes on one side of a door, and me, locked on the other—which most mothers have learned results in the pound-kick-pound-scream attack. So I've made a survey of all the rooms in our house with a lock, and discovered that each of those rooms also has a window. Always have an escape hatch (that's my motto). Oh, yes. Always have an escape hatch and wear shoes.

My plan is good, but I fear that it may be slightly flawed, as eventually my Catholic guilt will force me home where I suspect the Bestowers of the Stretch Marks will be lying in wait. So, when forced to re-enter the battle ground, I will proceed to the final step: Step Three.

With laser-like focus—through the noise and din, unreasonable demands and high-pitched whines—I'll make my way to the drink cupboard and pour myself a stiff one. Once imbibed, I will repeat this step until sufficiently lubricated as to make all complaining, whinging, demanding, and shouting irrelevant (to me). At which point, I will proudly raise a glass to Gramma and carry on the family tradition by bellowing, "Oh! You kids! Shut up!! You're driving me to drink!"

If you liked this, you might also like "82 Things My Teenager Thinks Are Bull$hit" and "Why You Should Give Your Teen Freedom To Be An Idiot."