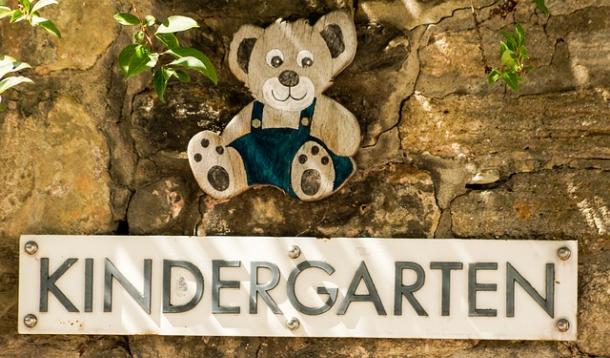 I didn’t remember, not at first.

Ten years ago I was dropping off my son who was only three – too young in my mind – to begin his first day of school.

Even with the staggered start the scene was chaotic. Cars parked in the kiss-and-ride area, kids unwilling to go into the schoolyard, grabbing onto their mom’s coat with a steely grip, while others ran around the fenced-in playground yelling and playing.

Amidst the frenzy I spotted her. Another mom off to the side who looked like she was having a hard time so I walked over, hugged her, and gave her a few words of encouragement.

Only for the longest time I didn't remember this day, because as I walked away from the school yard knowing my little guy was clinging to the fence calling out after me, I burst into tears and did my own ugly cry all the way home. That part I remember very clearly. After being with him every day for three years and ten months, I felt like I had been downsized. I spent the two hours he would be at school first crying, then trying to ice my swollen eyes so I didn’t look like I had been crying.

Fast forward 11 years and that little boy I left hanging onto the school fence was now in high school and receiving an award for being on the Honour Roll.

I was waiting for him in the hallway after the ceremony when she came up to me.

“I don’t know if you remember me,” she said.

But of course I knew who she was. Our kids – her daughter and my son - had gone through 10 years of school together. I had seen her when we volunteered on class trips and at holiday concerts and fun fairs. We had chatted occasionally and last year she had given my son a ride home from school when it was raining. It was that friendship in passing that happens between so many mothers.

And then she told me.

She was the mom I hugged that day many years ago and she wanted to thank me. Standing with her in that high school hallway the memory came rushing back; all of it. The chaos of the drop off, trying to put on my brave face for my little boy who didn't want to go to school and the mom I spotted who needed a boost.

I didn’t remember, but she did.

RELATED: 5 Lessons My Mom Taught Me During Her Too-Short Lifetime 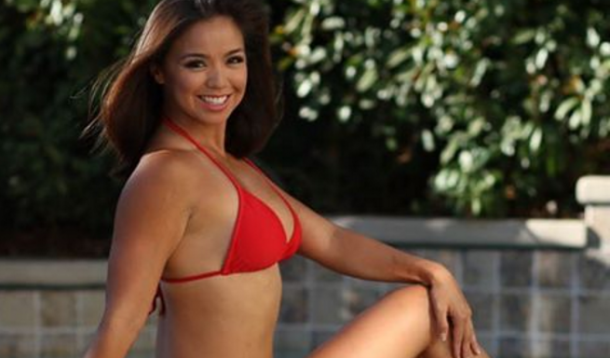 Remember Fit Mom, Maria Kang, who posted the “What’s Your Excuse” photo surrounded by her three sons all under the age of three in all her six pack ab glory?

Well, she’s gained weight. In an interview with People Magazine she shares that she has gained 10 pounds over the past year and has struggled with motivation. Basically life got in the way and fitness became less of a priority. She had an excuse.

And this is where we say, karma’s a bitch, right? She got what she deserved. Now she knows what it’s like to have life get in the way of working out and that sometimes other things become the priority.

Because there are some life lessons we don’t understand until we experience it ourselves.

Case in point, I was a complete a**hole when my sister had her son. I wasn’t even close to the baby making stage and it never occurred to me that I should call her to check in and see how she was doing because there was a good chance she was a sobbing heap on the floor due to not sleeping more than three hours at a time for 47 days straight.

Or when my mother died I had friends who stayed silent instead of reaching out. Later, when the dad of one of those friends passed away she called me to apologize. “I didn’t know,” she said.

It was as simple as that, she didn’t know. She knew it was a sad time but she had no idea how devastating it really was until it happened to her.

Maria Kang didn’t know either but now she does and is using this to step forward to say it doesn’t matter if you’re skinny, fat, overweight or obese, we should all be proud of who we are today.

I work out five or six days a week and I do it to, well quite frankly, keep myself from becoming a raging maniac. Running until I’m a hot, sweaty, red mess is my best antidote to stress. My friends know this and they support me. If there comes a time when life gets the best of me and exercise gets put to the side resulting in me gaining 10 or 15 or 20 pounds, those same friends will also be there to support me.

We talk about having lost the community or how women/moms need to stick together but on the internet we are tearing each other to shreds. It’s not just Maria and her abs, it’s breastfeeding moms and non-breastfeeding moms, working vs. non-working, or even simple every day choices that become a personal attack playground.

But here’s the other half of the equation, once you do know you do your best to never make that mistake again.

I may have been a sh*tty person when my sister had her son but I can tell you that I’m now the first person to step up to the plate and offer help when my friends need me because now I know.

Maria not only gained ten pounds, she gained empathy and is trying to do good with it.

Let’s show her our support.

RELATED: Only You Are In Control Of You