Don't Listen To The Scare Tactics 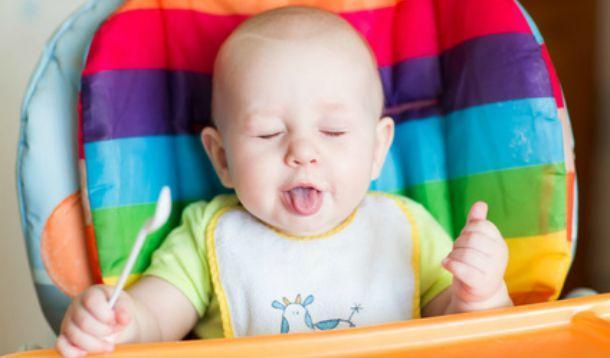 I just finished reading an article on how parents are supposed to introduce solid foods to their baby and it was quite ADAMANT that there is a certain order and if you don’t follow this certain order, you will be messing up your baby’s palate FOREVER.

You know what? That article made me mad.

It made me mad because it was using scare tactics and being a parent is scary enough. I can’t even count the number of hours of sleep I lost because I was just watching my sons’ chests move to make sure they were breathing and now there is the added pressure of introducing foods in a certain order or, oh my god, they will never eat spinach.

Or even worse, you swore off garlic while you were pregnant and your newborn will never like the flavour because she couldn’t taste it in the womb.

So, new parents, I’m here to tell you that if you happen to give your baby sweet potatoes before you introduce green beans, you are not screwing that child up forever.

I have two amazing sons who are now in the teen/tween years which means I had to take on a second job just to feed them because apparently part of entering puberty means you develop two hollow legs that need to be filled with every meal.

I introduced solid foods to both those boys in the exact same order. I know this because I kept notes on how and when I fed my first son and followed those notes to a tee for my second son. And yes, the food was homemade.

I know…. to be honest, today’s me would not be friends with the me back then either.

Guess what happened? I have one son who will eat absolutely everything and never hesitate to try something new, and I have one son who would live off of chicken fingers, hamburgers, and plain pasta if I let him, which I don’t because how else would I earn my World’s Meanest Mother sash.

What I’ve learned in my 14+ years of parenting is that introducing your children to foods is an ongoing journey and just because your baby wouldn’t eat spinach when they were young, it doesn’t mean he will never eat spinach. Kids tastes change over time. There are foods both my boys didn’t like when they were toddlers – olives, hummus, and lettuce to name a few - and they both eat these things now.

My best advice to raise good eaters is:

For the record, every single one of those kids is going to look at you with betrayal in their eyes when they finally get their first taste of chocolate cake.

So don’t stress about whether or not your baby is getting squash first and spinach second or they love every single fruit and only a few vegetables. Just remember to take lots of photos and video because this time goes by in the blink of an eye and the next thing you know your little darling child is going to be old enough to go places on his own and one day you’re going to pick him up at a friend’s house and he’s going to get into the van drinking a Slushie that is bigger than his head.

RELATED: It Takes a Village to Raise a Child, and Sometimes They're Wrong

Category:
Family - Babies
Tags:
your baby's first foods
what foods do I feed my baby first
what's the first solid food I should introduce to my baby
Jan
07
2016

Everything's Gonna Be All Right 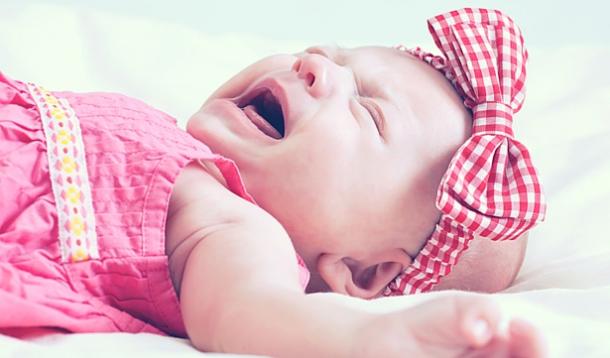 Time gives you perspective and that holds true (times one million) when it comes to parenting.

It’s funny how now that my kids are older I look back and realize I shouldn’t have stressed so much about a lot of things. I mean, you’re always going to stress about something because one day you went to the hospital (or your bedroom, or a hot tub, or an adoption agency, or in the case of one friend, a car on the side of the highway) and gave birth to a baby and all of a sudden you were given the task of taking care of another human being FOR THE REST OF YOUR LIFE.

Seriously, let’s just think about that for a second.

One day you’re squatting beside a couch eating a Subway sub with extra hot sauce while watching a bad JLo movie trying to get your overdue baby to come out and the next day you are responsible for nurturing and ensuring you keep another human being alive forever.

It’s kind of messed up.

But while there are actual things to stress about when you have a baby, there are certain things you shouldn’t give a second thought to. I will caveat the sh*t out of this by saying:

The Slacker’s Guide To Parenting: 5 Things You Can Stop Doing And You Won’t F*ck Up Your Kids

Decorating A Room For Your Baby

My son’s first room could have been in a magazine. I hand painted a border with teddy bears, stained shelves to match the border colours and had stuffed bears sitting on the shelves that matched the bears on the border. Oh, and a ridiculously expensive crib and matching rocking chair as well. It was perfect.

Fast forward 10 months, three months of that living in my inlaws basement while we waited for our new house to be built because you know what having a baby makes you do? It makes you want to move away from your up-and-coming downtown neighbourhood that’s going to be a hipster paradise in five years but until that time the only thing you’re guaranteed to find in the park across the street is a used needle.

When we finally moved into our new house, we painted his room blue and taped a black garbage bag over his window so he’d sleep past sunrise.

Guess who had no idea he had even changed rooms. Our baby.

Listen, I get it. You walk into that baby store and see all the adorable clothes and you have images of dressing up your precious little baby girl/boy and ZOMG! LookAtHerShe’sSoAdorableICan’tStandIt.

I too have fallen into that trap. This Baby Gap outfit cost more than my entire maternity wardrobe. It came with the hat, shirt, cute corduroy pants, vest, and little leather shoes. 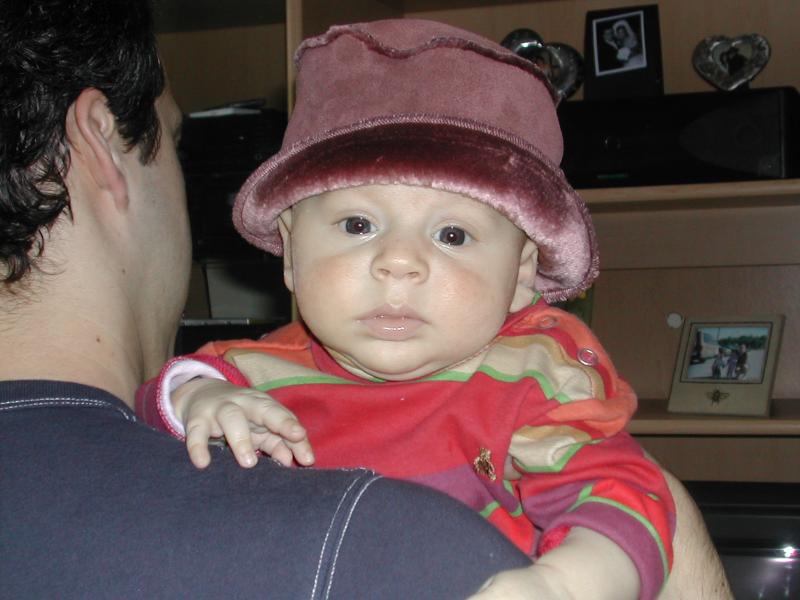 You know who doesn’t need shoes? A being that can’t walk.

I’m going to do a little math for you….A newborn needs a diaper change about every two to three hours, so even if you use three hours as your starting point that’s eight times a day which works out to 248 diaper changes a month. That’s 1,488 diapers in six months, not including poop explosions which will happen more frequently than you’d expect.

Those outfits may be cute but they are a pain in the ass to get on and off. Also, babies make a lot of different bodily fluids that stain. Save the cute outfits for when they are older and make onesies and sleepers your new best friend.

Trust me, you’re going to need all that clothing money for coffee and diapers.

When our son was three months old he developed eczema. The eczema actually quite bad and our doctor recommended not bathing him as much.  At the time we had no idea what a gift she was giving us. It turns out most of us are washing our babies way too much. It removes natural oils from the body and then we try to replace it with moisturizing lotion.

If you want to make bathtime a part of your baby’s bedtime routine, go for it. All I’m saying is you don’t need to. If a quick wipe down is good enough for Brad Pitt, then it’s good enough for the rest of us.

Before you go and jump down my throat let me just say that I actually think schedules are important. I was militant about schedules with my first son, to the point that I would say no to invites if it interfered with his schedule. Then he grew into a toddler and I had another newborn and sticking to a strict schedule became impossible. It made me realize how much I missed out on because I was so stuck on doing “the right thing.”

Our second son didn’t have the luxury of schedules and he’s developed into one of the coolest little guys I know. Newborns are portable little guys and taking them places is much easier because they haven’t learned to walk and do things like “run away from you” or “hide in a clothing rack and make you shut down the entire store because he won’t answer you when you call his name.”

Take advantage of this portable time and try to go with the flow as much as you can.

There are so many other ways we're going to screw up our kids at least now you know you don't need to waste your time worrying about these things.