Yes, we know—you're SO Busy 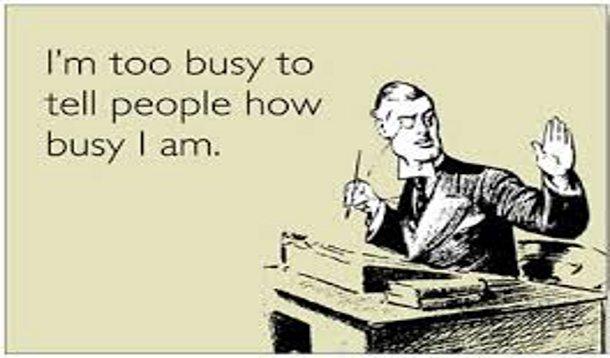 It’s time for us to retire the word “busy." We’re all busy. Everyone is busy, and we all have busy lives. Work is busy, our schedules are busy, our kids are busy, and our partners are busy. Yeah, we get it.

I recently read a great article suggesting that being “busy” is no longer a badge of honour. I’m a stereotypical “busy” person—I own a business, I blog, have six kids and a Daddy-o that works out of province five days a week. I get asked daily how I manage it all and there is no secret sauce.

Admittedly, I’m probably a good example of the expression, “if you want to get something done, ask a busy person to do it." I’ve also got loads of support systems in place, including a great nanny, amazing friends and neighbours, a helpful family, great car pool arrangements, and a very good knack for not sweating the small stuff.

But, there is no question, the article on “busy” really got me thinking about how that word fits into my life. Here’s how I try to manage it:

If I feel too busy, I usually take time to reflect why I’m messing up. Either my priorities are out of whack or I’m doing a poor job of managing my time. Something needs to be tweaked.

I try to be careful about not using “being busy” as an excuse not to do the things I don’t want to do. I’ve always said I’m too busy to go to the gym. The fact is, it’s not a priority for me, because if it was, I would go. But there is the reality that there are only so many hours in a day, so for now, I try to incorporate exercise with another fun activity—hanging out with my kids.

I have to be careful not to be “competitive busy.” For example, when people tell me they are busy, I feel a tiny rage deep inside me that wants to scream, “Yeah, now try it with twice as many kids and one less spouse.” Sometimes I feel like saying, “You call that busy? You wouldn’t last a day in my life!” Clearly, that is ridiculous. Everyone is busy and everyone has different tolerances. Other people are allowed to feel busy, too. Get over yourself, Cole.

How busy do you feel your life is? Do you use it as an excuse for anything? Going into 2014, are you going to look at this word differently? 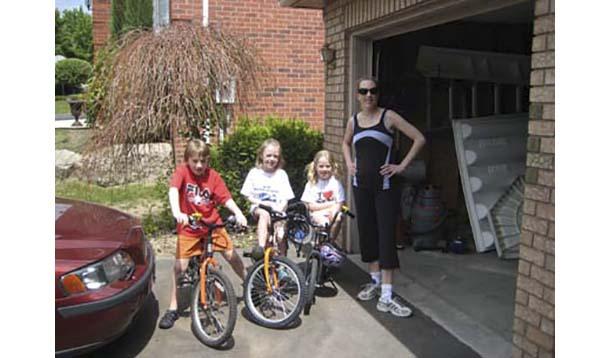