What You Probably Never Noticed About "Goodnight Moon"

What You Probably Never Noticed About "Goodnight Moon" 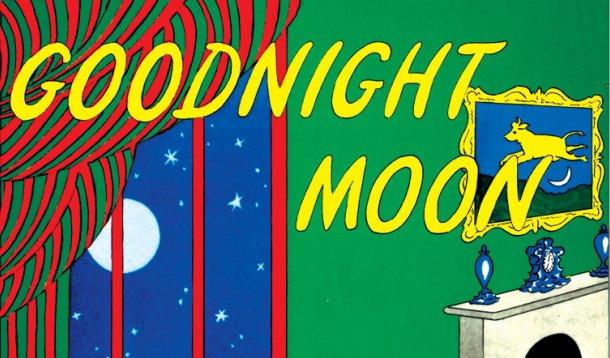 It may be one of the most timeless and popular children's books of all time, yet there's a whole lot of weird going on in Margaret Wise Brown's classic, Goodnight Moon, that you and your child probably never noticed - even after 554 read-throughs.

A blog by The Ugly Volvo cleverly deconstructs the 1947 book. And the wry observations are priceless.

For starters, the bedroom is big, like "banquet hall in Downton Abbey" big. Even the toy house in the scene would "rent out at $2,500 a month in Manhattan (not including utilities)." And it has electricity. These are clearly not people of modest means, like the apartment dwellers in Corduroy.

Secondly, the "tomato-coloured" scheme in the book is deeply disturbing and worthy of Amityville or The Shining. And it's complemented with dark green and mustard yellow.

But don't worry. We'll distract everyone with a tiger-skin run, and they'll forget all about the colour massacre.

This is a child's room, people. Whoever designed the set needs to be fired.

And while we're at it - what's up with the fireplace? Any parent reading the book will notice there is no safety grille over the fire... And there's the fact that there is a fireplace... IN A CHILD'S BEDROOM!

Best of all, though, is Ugly Volvo's singling out of the "totally ignored existential mouse." A mouse that happens to casually coexist in a space shared with two domestic cats? Yeah, completely realistic.

As for props, I can almost understand the comb and toothbrush. I can even get past the unappealing cold bowl of mush, but why a child would need an old rotary phone in their bedroom is an enigma.

Thanks, Ugly Volvo, you've officially ruined Goodnight Moon for me forever. I will never look at this classic story in the same light ever again.

RELATED: Heartbreaking Kids Books We Loved in the 80s

that 3.5 minutes you get in between changing nappies and making food

An Aussie mom has brought new meaning to the term, "quickie." In her Facebook description of parent sex, blogger and mom-of-four Constance Hall described in hilariously apt detail what sex is like post-kids.

According to Hall, previously impassioned lovemaking sessions have given way to "that 3.5 minutes you get in between changing nappies and making food.”

We had "parent sex" yesterday. You know what parent sex is, it's that 3.5 minutes you get in between changing nappies...

Instead of sticking on a Barry White playlist, these days her husband's seduction "consists of one finger pointing towards the bedroom and the other hand on his d*ck."

Notwithstanding, she gives him full credit for his steadfast determination to get it on and his ability to "finish" the job.

For women, however, staying in the right headspace is somewhat challenging, what with the gibberish sounds of Iggle Piggle from In the Night Garden in the background.

Hall goes on to describe the distracted proceedings involved in keeping a foot on the door and a duvet cover on your body in case the kids walk in to find mommy and daddy doing "yoga" in bed.

The 32-year-old mom wasn't surprised that her post hit a nerve with fellow parents, who are "confronted by a whole lot of bullshit [on Facebook] and left thinking that everyone is living these amazing lives."

And she's right. It's refreshingly honest to see someone out there "not trying to make themselves out to be a sex goddess.”

RELATED: 6 Creative Places to Get it On 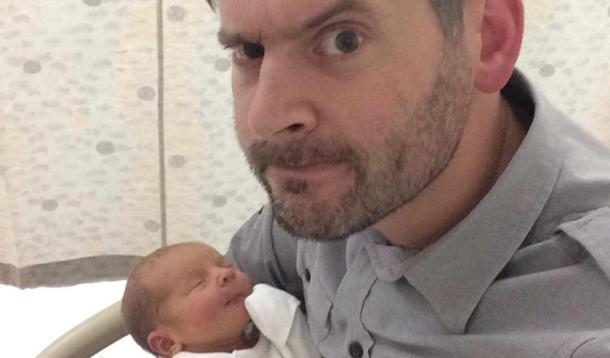 Matt Coyne can not only add 'father' to his resume, but 'comedian', too. The new dad from Sheffield, England, wrote a Facebook post about fatherhood that has since been shared by Ashton Kutcher, who described it as "one of the best descriptions of fatherhood I have ever read." So there's that.

And I have to agree, Coyne's description is a mix of wry and proud and anxious. In other words: pure internet gold.

If you are a man on the cusp of welcoming a child into the world, Coyne has got your back - whether it's dishing about labour ("like magic.. but only in that its (sic) best when you don't know how it's done.") or the sound of a baby crying at 3AM ("like having the inside of your skull sandpapered by an angry viking").

I was congratulating myself today on how I've got nappy changing down to a precision art. I'm basically like a Formula...

The joy, the wonder, the absolute shitshow of parenting a newborn... Coyne nails it all, while displaying a bounty of love and respect for his son, Charlie and partner, Lyns.

He credits his missus with being "tough, smart, funny and in love.. and she will make sure I don't f*ck up too much. Hopefully," he adds, "her DNA will also batter my genetic predisposition towards big nostrils and man-tits."

Of course some of the references are purely British, yet the rant is not something only new dads can relate to. As a mom and former bibliophile, I can vividly recall having read nothing more than a "pamphlet on breast pumps" in the months following my son's birth.

The best part about being a new parent, according to Coyne? The loss of cynicism. And I must agree. The world magically becomes a better place the second our children enter it.

RELATED: This is Why Your Baby is Crying