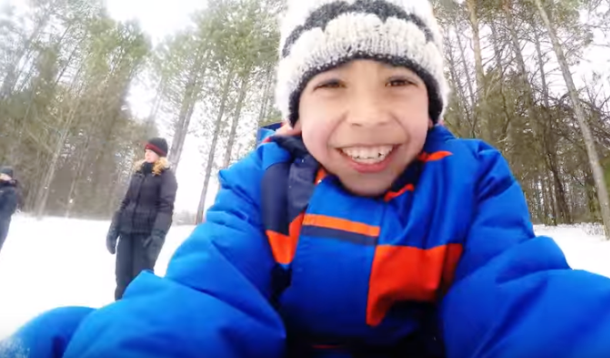 One of the sure perks of experiencing a first Canadian winter has to be tobogganing. Newly landed Syrian refugees couldn't suppress squeals and giggles on their inaugural sledding excursion in Peterborough, Ont.

"They were all smiles," said David McNab, who captured the family's unbridled joy recently on on a GoPro. "It was like Christmastime watching them get ready to go. They absolutely love snow."

OPP McNab, together with 13 others, sponsored the Syrian refugee family - an experience he likens to winning the lottery.

10 year-old Ibrahim Akalaf couldn't stop smiling as he and his two siblings, Ansam, 13, and Dalya, 9, flew down the hill again and again.

The glee on Amour Hill was infectious that day. And no wonder.

We take so much for granted. I can only imagine what it must be like to see the white stuff for the first time in your life. The innocent wonder of catching a snowflake on your tongue or feeling the rush of wind as you race down the hill on a sled.

After what these families have been through, they deserve some old-fashioned fun in the great outdoors. Easily the best clip we've seen this week.

If you were a dog, what would you look like? 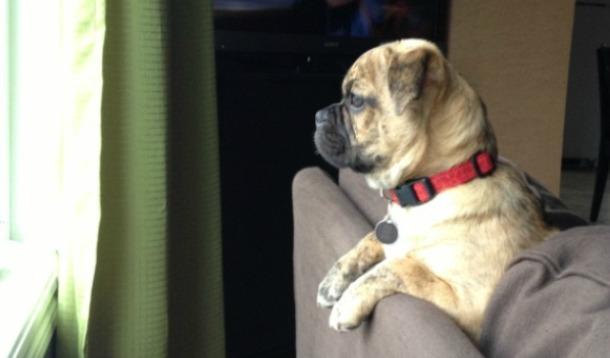 They say everybody has a twin out there somewhere. First, celebrity doppelgängers were all the rage (hello Mary Louise Parker!). And who didn't wonder what it must be like to spend every day looking exactly like Taylor Swift, as this young Aussie does. Now our attention has turned to canine lookalikes.

Yes, the highly entertaining and delightfully pointless Twitter account @YouAreDogNow has but one important job: to pair your headshot with a pooch that bears an uncanny resemblance.

The @YouAreDogNow account is 21K followers strong, and I must admit some of their matchmaking is really pretty striking.

.@prattprattpratt You Are Dog Now pic.twitter.com/Fovul4xEyL

I have tweeted them myself. Now all I have to do is sit pretty and wait. I bet they are dog tired from all the media attention.

After this story of the cat that looks just like Adam Driver, I expect a @YouAreCat handle to crop up at any time.

Tell me this cat at @TheMCSPCA doesn't look like Adam Driver. pic.twitter.com/OmtGnOWxyG

Corey, otherwise known as the Adam Driver cat, was adopted in a heartbeat due to his distinctive features - but sadly not by the Star Wars actor himself. Now that would have brought 'people looking like their pets' to a whole new, trippy level.

RELATED: Avoid This Deadly Ingredient in Your Dog Treats 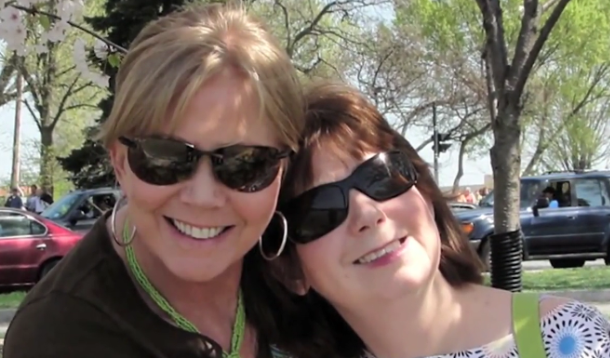 Karli Schrider may be 43 years-old, but she still plays with dolls and has her mother tuck her in at night. Karli has Fetal Alcohol Spectrum Disorder (FASD) and her mother Kathy Mitchell has opened up in an incredibly brave, incredibly heartbreaking article about the reality of her grown daughter's life.

Back in 1973 when Mitchell was a partying teenager, FASD wasn't on her radar. And it wasn't on that of doctors either, because at least for the first several years no one connected Kathy's delays to her mother's drinking during pregnancy.

“I adore my very sweet daughter,” says Mitchell. “She’s a forever innocent child. But not a day goes by that I don’t ask myself, ‘What if? What if alcohol hadn’t been a part of my life?’”

Initially, Karli seemed healthy enough. Pediatricians attributed to her failure to hit milestones on time to chronic ear infections and later, cerebral palsy. They were wrong.

It wasn't until 1989 that Karli was officially diagnosed as having FASD.

“I thought I would die from the grief and guilt,” recalls Mitchell. “It was one of the worst days of my life, and at that moment I knew that I had to do what I could to prevent this from happening to another child.”

At 61, Mitchell is now the vice president of the nonprofit, National Organization on Fetal Alcohol Syndrome.

Though most of us are cognizant of the dangers of drinking during pregnancy, I was surprised to hear that as many as two to five percent of babies born in the U.S. and Europe are born with some degree of FASD. I was even more dismayed to learn that despite awareness, one in 10 women admits to drinking at some point in her pregnancy.

It's risk that Kenneth L. Jones, a professor of pediatrics at the University of California at San Diego, can't wrap his head around. Due to individual genetic factors, Jones claims it's impossible to categorically say how much alcohol is too much. “But why bother putting an amount on it? Why risk your baby’s future?”

It's tempting to look at a woman like Mitchell and think, "Well, I'm not like her; I only have the occasional drink."

What people tend to forget is that, much like autism, FASD is a spectrum disorder - symptoms can be mild or more pronounced. And even a so-called mild case of FASD can ultimately affect a child's development, causing "impaired growth, intellectual disabilities and such neurological, emotional and behavioral issues as attention-deficit hyperactivity disorder, vision problems and speech and language delays."

Also like autism, there is no 'cure' for FASD, though early intervention can improve a child's development.

Unlike autism, though, Mitchell lives with the lingering regret that comes from knowing her actions directly impacted her daughter's life.