Starting Dec. 12th it's the 12 days of Hogwarts 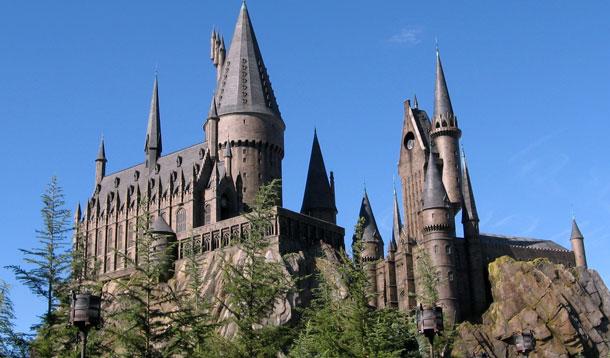 Hey Potter fans, save the date: your word wizardress, JK Rowling is gifting your own personal advent calendar of sorts. From 12 through 23 December, Rowling will publish a new story on the Pottermore site every day at 1pm GMT.

Among "moments from Half-Blood Prince, shiny gold Galleons and even a new potion or two," Rowling's brand spanking new material will include a look at Harry's nemesis, Draco Malfoy. A sworn enemy to Potter throughout the series, Malfoy "later turns away from dark magic as an adult."

This past Halloween, Rowling pulled a similar trick out of her hat and published six essays, including a 5,000-word piece all about that nasty Hogwarts teacher, Dolores Umbridge. Rowling claimed Umbridge was based on a "piece of work" she came across, and thoroughly despised, in real life. Authors get the ultimate revenge, don't they?

As per the Halloween release, giddy fans of all ages will have to answer riddles to unlock the new material online. And in even more Potterific news, Rowling is polishing off screen adaptations of Fantastic Beasts and Where to Find Them.

As I've confessed on here before, I've never actually read a word of Potter (I just don't dig magic, elves, fairies, and any variation of) but I have respect for Rowling by the bucket load. She sure knows how to please her fans and keep them coming back for another fix.
Category:
Culture - Books
Tags:
mummy buzz
potter
harry potter
jk rowling
potter stories
pottermore
hogwarts
Dec
08
2014

(Or why people should scare you more than giant snakes) 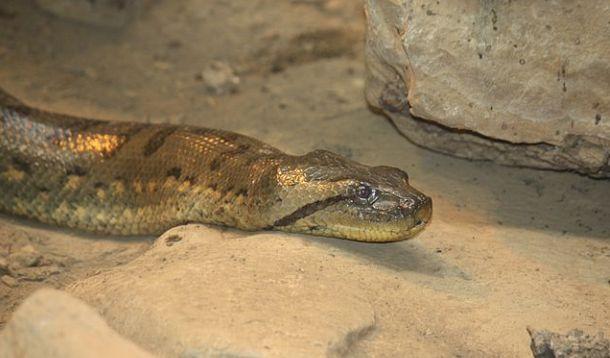 Every now and then something happens in the the world that causes me to wish for a spaceship to magically appear outside my window, and suck me up. Today is one of those days because the Discovery Channel purported that a man would be eaten alive by a giant snake on TV. And then, when it didn't go as planned, all hell broke loose online because how dare a network lie to its viewers!

If you've been following reality shows over the years, then you'll know that #Eaten was bound to happen eventually. The whole concept of a man being devoured by an anaconda seems like a perfectly reasonable evolution from Survivor and Fear Factor, where guests are systematically tortured for our viewing pleasure. It's gladiatorial games for Gen-Xers.

Trouble is, it's never enough, is it? Once you've got had to eat kangaroo testicles while having rats and maggots crawl all over you in an open grave, producers have to keep upping the ante to keep us sadists, all snug at home, satisfied as we tuck into our kettle corn.

Honestly, our collective blood thirst would make Katniss quake in her boots. The producers at Discovery knew we wouldn't be content simply watching a special about "the plight of the rapidly declining wildlife in the Amazon." Where's the fun in that?

So they led us down the garden path, reeling us in under the pretence that a guy would bite the big one in the most grotesque fashion. In full pageantry, snake guy Paul Rosolie would don a special suit (smeared in pig's blood no less) and let the 'conda gobble him up live on TV. Except there was a snag: once she got past his ears and started to constrict, Rosolie got cold feet and called the whole thing off.

Boy, Twitter was on fire. People were pissed! They were betrayed! How dare Discovery and Rosolie for that matter fail to deliver on their promise?

"Next time I watch something called #EatenAlive, somebody better get eaten alive" @CaseyPrattCSN

"It's not that I wanted to see murder live on TV (like it doesn't happen in the streets already), but don't mislead the viewers #EatenAlive" @eauxjai

"Next week on #EatenAlive. Paul Rosolie will be swallowed by a REAL Tyrannosaurus Rex. Tune in folks. You've got nothing better to do." @studioexec1

After all, what kind of blood sport worth its salt comes without actual blood? That's two precious hours viewers will never get back. Never mind that an actual man (crazytown notwithstanding) could have lost his LIFE in the process, and still walked away with a cracked rib.

What the bleat happens once you buy a charity goat? 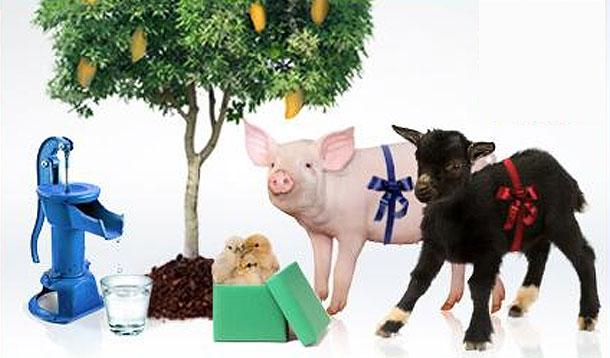 Giving charitable presents that keep on giving after you hit "buy" certainly have appeal. I'm a big supporter of items that empower families—like that proverb about giving man a fish and you feed him for a day... "Teach a man to fish and you feed him for a lifetime." So charities like Plan Canada are close to my heart. But it begs the question: just how ethical are those so-called ethical gifts? And what the bleat happens after you buy a goat?

Plan Canada has seen a few goats in its day, having raised 40,000 goats for families in developing countries in the last decade. But what goes on behind the scenes? Are such gifts all they're cracked up to be?

Goats make a sound investment because they're relatively low-maintenance creatures that can generate wool, milk, and ultimately food. The goats are sourced in local communities, and given to select families within a few months of purchase. The families are then given all the tools and training to build a pen for their 'pet.' Veterinary training is provided, thereby squeezing out the middle man, and giving the owner full power over their animal.

And how does Plan work out the $75 price tag per goat? Well, the dollars and cents don't add up neatly. Rather, the donations are pooled, and families are identified according to need. While, in Zambia for example, male goats cost $200, females cost only $25, and usually three females are bought for every male. The cost also factors in said vet training and pen materials.

Goats are pretty resourceful and hearty creatures. They graze on virtually anything, and have low incidences of sickness, so they're a good livestock choice in terms of return.

“Most programs have a pay-it-forward aspect," said Plan's VP of donor marketing, Jeff Cornett. "The families most in need are delivered a number of goats to start a breeding program. Quite often the requirement is the first baby goat is passed on to the next family in that community, and then the next family benefits from the second generation of goats.”

So goats really are the gift that goes on giving, with goats passed on from one family to the next. And according to Cornett, the communities make "a real celebration" of it."

No kidding! I can now tell my 6 year-old with confidence that we can go ahead and get the goat. He's so tickled and taken by this idea. Though we can't afford the whole herd like he wanted, at least we can buy a goat—or two—in good conscience, knowing the program is well managed from start to finish. And that is something worth celebrating.

Goats not your thing? Check out Plan Canada's gifts of hope.