Are you a ginger convert? 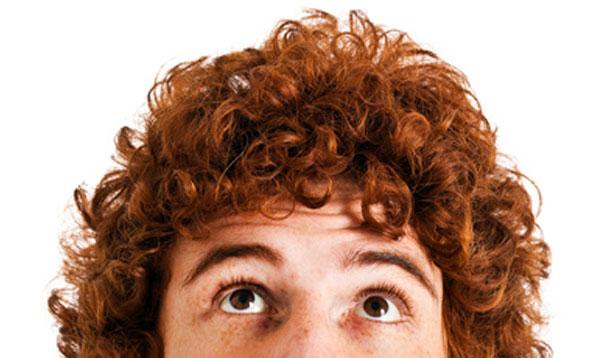 Can you name a really hot red-haired guy? I'm waiting... Ron Howard, Ronald McDonald, Archie from the comics... It's a cruel double standard, isn't it? Redheaded women are often considered incredibly sexy (hello Christina Hendricks!), but ginger guys? Er, not so much.

Prince Harry has helped the cause of ginger-haired men everywhere, as has Benedict Cumberbatch, who had legions of fan girls swooning at TIFF this week. So 2014 might well be the year of the gingers.

British artist, Thomas Knights, has taken it upon himself to prove that redheaded men can hold their own when it comes to sex appeal. A new exhibition called "Red Hot 100" showcases—you guessed it—a hundred images of handsome men with fiery locks.

But the exhibition is not just about frivolous eye-candied fun. "Red Hot" aims to challenge the stereotypes that gingers are somehow weak and nerdy. Indeed, redheads have long been dealt a raw deal, targets of bullying and teasing, and sometimes even overt discrimination.

Together with the Diana Foundation, Knights' exhibition has already raised a substantial amount of funds for anti-bullying charities.
Red hair, a "mutation of MR16 protein, resulting in above-average levels of the pigment pheomelanin" only affects two per cent of the population, so it's no wonder people hone in on that difference. Rather than celebrate it, though, gingers are often treated to the stereotyping and profiling of, say, "blonde bombshells."
Knights, himself a ginger, grew tired of dying his hair and so set upon challenging public perception of his hair colour.

"I hated myself for being ginger,” Knights said. “I was utterly ashamed of it . . . I treated [Red Hot] like a branding exercise and the ginger male was the client.” 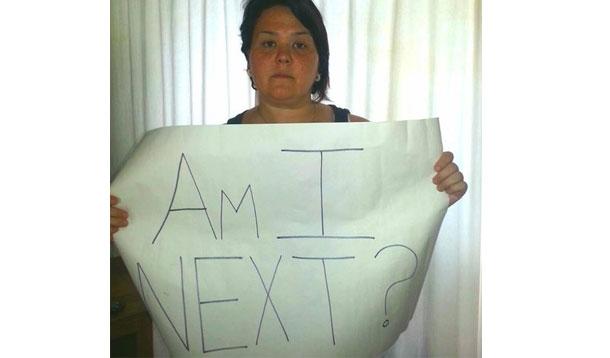 For all its flaws, social media has one thing going for it—transparency. All over Twitter, women are posing with signs that say #AmINext. Why? To pressure a seemingly apathetic government to do something for mercy's sake about all those missing and murdered Aboriginal women.

As with #YesAllWomen, Holly Jarrett started this latest social media campaign to draw attention to the plight of women like her cousin, Loretta Saunders, who was murdered. Jarrett also started a Change.org petition, and aims to reach 500,000 signatures in the hopes of getting the attention of PM Harper and his cohorts. But will her plea fall on deaf bureaucratic ears?

"In support and memory of our 1,200 murdered Indigenous women in Canada....I am posting this picture," wrote Jarrett on her Facebook page. "I challenge the following to do the same and post a picture stating 'Am I Next???' We are not asking for money... we are asking for support."

Our government seems to turn a blind eye to issues affecting Aboriginals. But stop for a second and imagine that one of these women was your wife, mother, sister, friend, teacher, aunt... That's why #AmINext matters to all of us—at least it should.

And that's where Twitter comes in. In the past, where individuals may have penned letters and lobbied governments behind closed doors, such protests are now done in full view on social media, reaching many more eyeballs. The ALS Ice Bucket Challenge, though it may have been annoying to wade through so many, brought awareness—not to mention a crazy amount of funding—to what was once a little-known disease.

Let's hope #AmINext will spur elected officials into taking action, if only to save face. And even though some people will jump on the bandwagon for the sake of it, and others will groan over the tweets clogging their timeline, curiosity will get the better of many others who wouldn't normally pick up a newspaper.

These people may wonder what the hashtag means. Maybe they'll click through and read an article or two about stricken communities that wouldn't otherwise be on their radar. And that's got to be a good thing, right?

What do you think of social media campaigns like #AmINext and #YesAllWomen?

But is it any good? 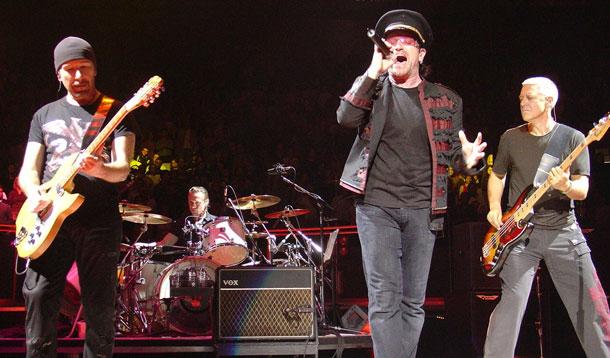 So when I sat down to work today, a little file sneaked into my iTunes library. Surprise! How very cunning of you, U2. Even though I didn't download your 13th studio album, Songs of Innocence, the freebie found me. And as the new tracks play in the background, I'm pondering whether this deft marketing move of yours is a good or bad one.

Like Radiohead and Jay Z, and Prince, for that matter, U2 is clearly trying to bridge the gap between progressive and traditional, keeping the old fans keen while courting the new, younger set, who were in diapers when The Joshua Tree was released back in 1987. (OK, that's depressing, but I digress.)

It's not like the self-proclaimed “biggest band in the world” needs the cash, after all. The deal broached between Universal and Apple sees a free pre-release to be followed by Songs of Innocence's physical release on October 13th, timed to coincide with the new iPhone 6. Those Paddies are cheeky, I tell you!

And because Songs was dropped automatically into the libraries of iTunes' 500 million subscribers, U2's effort by default became "the largest album release of all time.” For a man who claims that "music is a sacrament” and says he doesn't believe in free music, Bono has a funny way of showing it.

Which begs the question: it may be free, but is Songs any good?

Well, I'll let you know. So far there haven't been any standout moments, and the chorus of "Raised by Wolves" positively caused me to cringe. This writer laments the weird metaphysics of "U2 aping Coldplay aping U2," and I kind of agree.

Will the gifting of Songs pay off for Bono? And after half a billion people have sampled the tunes, will any of them bother to buy a hard copy? It remains to be seen.

You tell me: Is the iTunes pre-release a gimmick or a great idea? Is U2 still cutting edge or past its prime?

We're warning you in advance, you'll be spending money on iTunes after listening to this playlist!