Who Knows best—Doctors or Parents? 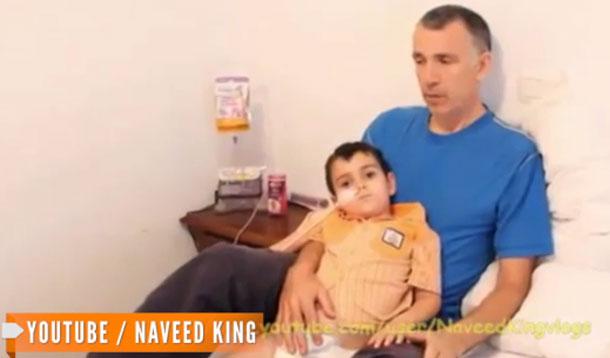 A five-year-old with a brain tumour has sparked an ethical debate. While doctors were pursuing a certain course of treatment, the boy's parents insisted he try out a new treatment they learned about on the Internet. Both parties want what's best for the boy; both disagree about what "best" actually comprises.

At an impasse, the boy's parents pulled him out of Southhampton General Hospital and travelled to Spain where they were arrested and now face extradition back to England. Meanwhile, poor little Ashya King is caught in the crossfire between his parents and the authorities who feel his mom and dad are putting him at risk.

Though the hospital claims its conventional treatment offers a high success rate, the Kings opted for a costly proton beam radiation therapy instead. Although proton beam therapy is available to patients with certain types of cancer in the UK, it is not typically available to children. It is in the U.S., Switzerland and Japan, though.

Lines of communication between the family and the medical team caring for Ashya ultimately broke down. Instead of sending in a mediator, the Kings fled the country and were ultimately "loaded into a Spanish squad car in handcuffs" and charged with 'cruelty to a person under the age of 16 years.'

Brett King claimed he and his wife were driven to take radical action because had they openly expressed dissent at their son's treatment, doctors would have obtained a protection order, "which meant in his deepest, darkest hour I wouldn’t be there to look after him, neither would my wife.”

“They would prevent us from entering the ward," said King. "So under such a cruel system, I decided to start looking at the proton beam myself.”

Really, can you blame their desperation? It's hard enough watching a loved one suffer, let alone knowing they may not be getting the best treatment available, especially in cases that are literally a matter of life and death. Criminalizing the parents in this case serves no one, certainly not the sick little boy. In their shoes, I'd like to think I would be reasonable, but if that failed, my crazed mama bear instinct would kick in and I'd be on the first plane out, too.

What do you think: do parents always know best, even when it comes to medical intervention?

Were the police too heavy-handed in arresting this mom for her behaviour?

Jen Lawrence, Kate Upton and All Those Hacked Naked Photos

(or that time I sort of agreed with Ricky Gervais)

Jen Lawrence, Kate Upton and All Those Hacked Naked Photos 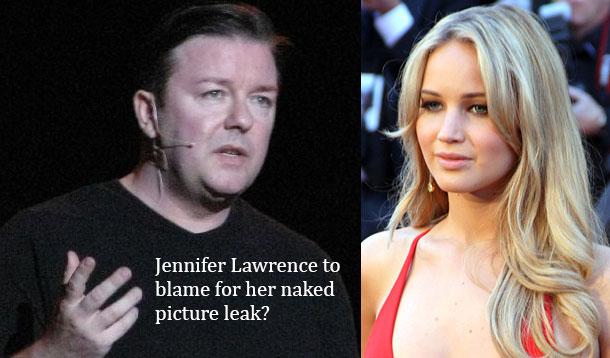 While the rest of us were panicking and foraging the aisles of Staples for last-minute school supplies, some bored soul hacked into Apple iClouds containing hundreds of nude photographs (some previously deleted) of female celebrities, among them released images of actress Jennifer Lawrence and supermodel Kate Upton.

Obviously reps for Lawrence and Upton were freaking out, promising heavy legal action for what was "a flagrant violation of privacy.” It was. Of course Ricky Gervais being Ricky Gervais couldn't resist the chance to pack a punchline:

"Celebrities make it harder for hackers to get nude pics of you from the computer by not putting nude pics of yourself on your computer," he wrote then promptly deleted the tweet after J Law's fans ripped him a new one.

Gervais would be the first to admit he's a bit of an idiot, yet (and I can't believe I'm typing this) I kind of agree with him on this one. After all, it's Murphy's Law 101, not to mention a big fat cliche: you take a nudie, nudie gets into the wrong hands. Some Paris Kardashian types even bank on the phenomenon of the nudie or sex tape going public.

I don't condone hacking. Hackers are the lowest form of life. Yet if I was already a bona fide famous person like Jen or Kate, I'd think twice about snapping such photos (and vids) or at the very least have in place the most insane cyber security celebrity money can buy.

The computer may be my livelihood but I don't trust my smartphone as far as I can throw it. At least Polaroids could be thrown into the fire pit and turned to ash. But files have more lives than Felix the cat.

And speaking of cats... Years ago, one of my husband's colleagues whipped her phone out to share some photos of Fluffy with a couple of the guys in the office. Suffice to say, she scrolled too quickly and alighted on a photo of another kind of cat, intended only for her boyfriend's eyes.
As cautionary tales go, that one was pretty effective.
Category:
Culture - Celebrity
Tags:
mummy buzz
Jennifer Lawrence
Kate Upton
naked celebrity
hacking
hacker
naked photo
ricky gervais
Sep
02
2014

New Gadget Detects When You Leave Your Child In The Car

Should we rely on Tech to help us parent?

New Gadget Detects When You Leave Your Child In The Car 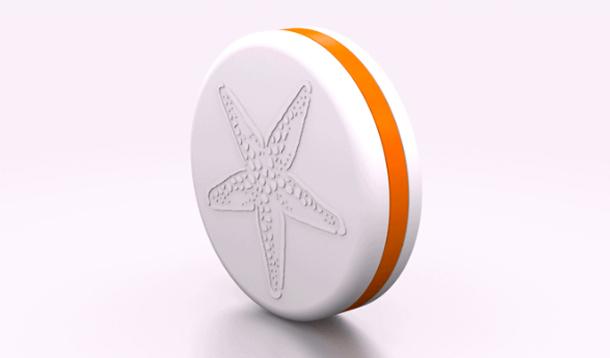 It can happen to anyone. And it does. An average of 40 kids die in hot cars every year in the US—a stat so tragic and avoidable that Matthew Sheets couldn’t stand by and watch anymore. So, Sheets created Starfish—a weight-activated car seat sensor that alerts your smartphone if you happen to leave the car without your child.

Using Bluetooth technology, Starfish connects to your iPhone or Android and “fits snugly in your child’s car seat.” How handy. How clever.

Really, what will people cook up next? A gizmo that spoons peas directly into your son’s mouth... An e-book that reads your daughter her bedtime story so you don’t have to...

Parents are busy, man do I get it. Our To Do lists grow exponentially and seldom get Done. Our hamster wheels spin faster than that of previous generations ever did.

Would I ever leave my kid in the car? I’d like to think I would never be so tired/distracted/preoccupied that I would forget him in the backseat. But if there is one thing I’ve learned about parenting, it’s that words like "never" never apply.

If I was that mom stuck reliving the worst possible day—the day I lost my child through my own doing—you can bet if there was a gadget out there that could have saved him, I’d buy twenty of them.

Still, tech is no cure for common sense. Parents who deliberately leave their babes in the car while they dash out on errands won’t be the ones buying this device. And no matter how many PSAs tell them not to, some parents will still take that gamble time and again. Because nine times out of ten their kids will be just fine.

But if Starfish saves that one young life, then who can put a price on that?

You tell me: should we be relying on technology to help us parent? Are products like Starfish convenient, or are they simply making us lazy and paranoid?

Check out this Dad's viral safety video on leaving kids in the car.