What Did Fantine Do to Deserve the Wrath? 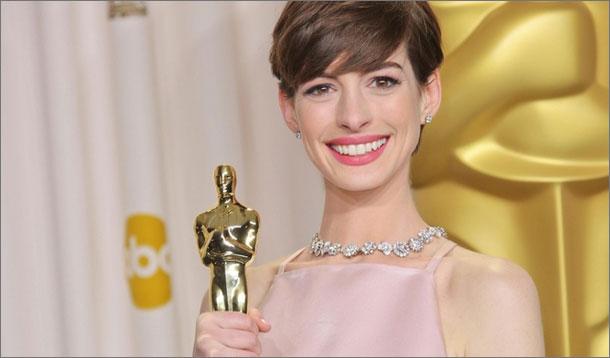 Hell hath no fury quite like it does for Anne Hathaway. Long before she nabbed an a golden boy for her Best Supporting Actress in Les Mis, audiences were less than enamoured by the 30-year-old newlywed.

Funny, I overheard some moms discussing this very topic the morning after the Academy Awards. And yes, people actually claimed to 'hate' the Oscar winner. (Personally, I try to reserve the H-word for truly exceptional cases). And then the Huffington Post went and posed the million-dollar question: just why is Anne Hathaway so utterly despised?

Not being a lover of musicals (or French historical novels, for that matter), I am not really one to comment on the young actor's abilities. But from what I understand, most of the ire stems from Hathaway's off-stage persona rather than her on-screen performances. HuffPost describes her "excited, exuberant, peppy." To my mind, she comes across as very girly, melodramatic, and... well, young for her age. Then again, so is Silver Lining's Jennifer Lawrence, yet Hollywood doesn't hold that against her because she's kind of cheeky and funny.

But really, personality aside, does anyone deserve to be the butt of some much bitchiness? Her nipples shone through her otherwise demure Prada dress, and she once flashed some coochie-coo while stepping out of a car. Big deal. Doesn't really set her apart from many of her fellow starlets as far as I can see.

But Tweeps took like moths to a flame, with @HathawayNipples quickly garnering its own handle, and, predictably, much ado about nothing much ensued. Sure, Anne with the pixie cut might be annoying. But since when is annoying deserving of such animosity?

Are you a Hathaway hater or sympathizer? Care to share your reasons... 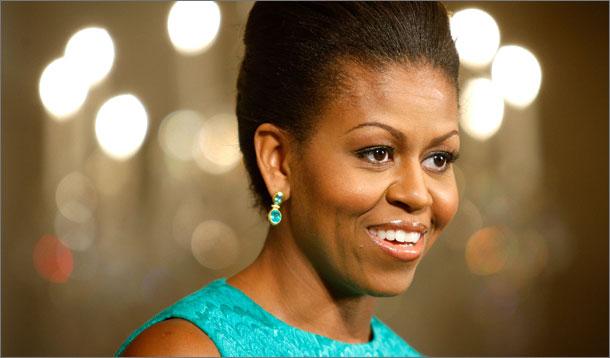 In case you needed more proof that the First Lady rocks, here it is. In order to put her money where her mouth is and to get kids engaging in healthy lifestyles, Mrs Obama took to the stage to dance with a wig and pink sweater-wearing Jimmy Fallon in the "Evolution of Mom Dancing." Boy, can that Lady move. Now all I can picture is her and Barrack breaking out the disco ball and getting jiggy in the White House afterhours.

Moms everywhere join me in nodding and laughing and dancing. Now get your kids on their feet as part of Michelle Obama's Let's Move campaign and get your groove on. There are so many moves to choose from, like "Just The Hands Part Of 'All The Single Ladies'" and "The 'Where's Your Father?' (Get Him Back Here!)"

Feed a Family in Need 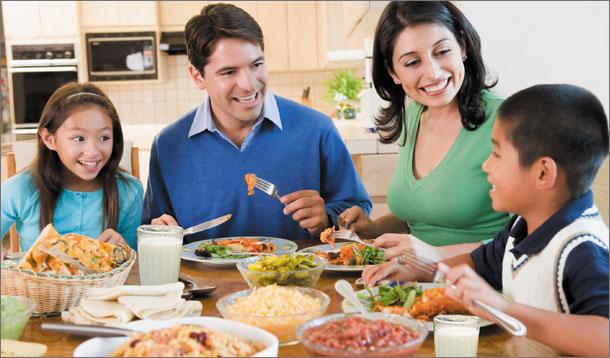 CBC is back with its LIVE RIGHT NOW campaign, urging Canadians to get healthy for a third year running. This time it has teamed up with Loblaws, Dairy Farmers of Canada (DFC), and Food Banks Canada to get us making healthier choices every day. Part of the initiative includes sharing meals as a family. For every meal you pledge to eat with your loved ones, CBC will donate a meal to a family in need.

The goal is 100,000 meals for this year, and you can watch the live meal counter get closer to reaching its goal, one plate at a time at the LIVE RIGHT website.

According to the press release, CBC's Live Right Now challenge enabled Canadians to lose 1.6 million pounds in 2011. The website is full of expert tips and meal plans to get you and your family kick started on a healthier lifestyle.

“Eating together as a family is key to developing healthier food habits in children,” said Assistant Director of Nutrition at DFC, Nathalie Savoie. “Dairy Farmers of Canada is proud to partner with LIVE RIGHT NOW to help Canadian parents become role models by eating more vegetables and drinking milk with meals.”

LIVE RIGHT NOW will also be featured on TV shows such as Steven and Chris, Best Recipes Ever and In the Kitchen with Stefano Faita.

We could all be healthier, right? So what are you waiting for: check it out now...