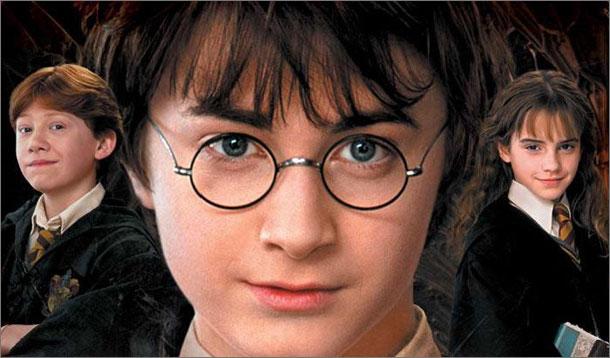 Good news for Potterites. Or Potterheads, or whatever they're called. The official Harry Potter website, Pottermore, has finally launched to overwhelming demand. The site for fans of the J.K. Rowling sorcery series had so much traffic that developers have to limit user registrations, for the time being.

"[W]e’ve had an incredible number of people sign up to Pottermore.com over the past few hours. To ensure everyone exploring Pottermore.com has the best experience possible, we are currently limiting the number of users who can sign in to the site. We’ll be steadily increasing this limit throughout the day, so more and more people will be able sign in at once."

The free site will feature behind-the-scenes intel about the books and interactive games that "allocate house points and spells to its users." Users can also shop for e-book Potter editions, available in English, German, Spanish, Italian and French.

Click here to read a review by one of the earliest users.

J.K. herself hasn't been exactly sitting on her laurels in her Scottish castle. The authoress has been busy weaving spells on her own website, promoting her first book for adults.

Will you be visiting Pottermore? Are you a J.K. fan? Do you think she can work her magic on adult fiction, too? 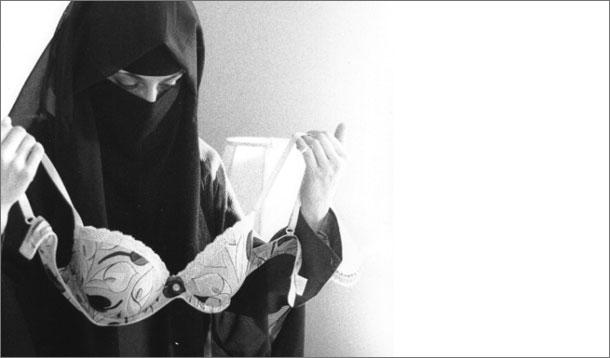 What good is art without a healthy dash of controversy? Strangely, this latest shock-art didn't involve slicing a cow in half, or even immersing a crucifix in a cup of urine.

For a fine arts student in Kamloops, B.C., all it took was a black-and-white image of a Muslim woman doing her laundry to provoke the Saudi Arabian Embassy.

Shortly after Thompson Rivers University's Sooraya Graham photographed one of her friends wearing full Muslim dress while holding a bra, the displayed image was promptly torn down by a staff member.

"I was pretty shocked and I kind of felt my personal space as an artist and a Canadian had been invaded," said Graham. Even though the staff member was acting on their own and not " in an official capacity," the photo drew the attention of the Saudi community.

Though the university once again displayed the photo for the remainder of its art show, intent on balancing "cultural sensitivity with freedom of speech," the Saudi Education Centre in Kamloops, funded by the Saudi Arabian government, wasn't impressed.

The centre president, Trad Bahabri stressed the need to provide context to "clarify the idea behind the picture. I'm pretty sure many people misinterpret and many people misunderstand it. I can guarantee that."

Do think Graham should 'explain' her art, or would that negate the whole point of art as being open to interpretation? 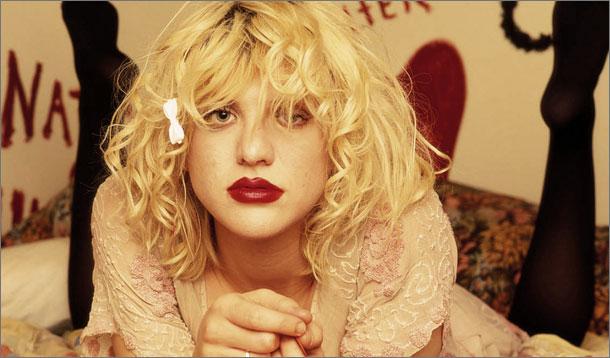 If your mom ever embarrassed you to the point where you wanted to crawl under a big rock and die, spare a thought for little Frances Bean. The progeny of Kurt Cobain and Courtney Love is all grown up now, and suffering from her mother's constant forays in the public eye.

This latest cringefest has Frances begging the Twitter powers that be to ban her 'biological mother' from the social media site. (Guess who won't be getting a Mother's Day card this year...)

In the most recent rant, Courtney Love accused former Nirvana drummer, Kurt's bandmate, Dave Grohl of sleeping with her 19-year-old daughter. Grohl and Frances Bean have both thankfully gone public to vehemently deny Love's rumour (which would have been akin to some kind of bedding a grungy uncle). And Frances went one further by asking that Twitter ban her mother.

Getting the third degree from you about who is, or isn't, sharing your bed is bad enough without that exchange going viral. If Love hasn't blown all the dough from the Cobain estate, it should make a nice therapy nest egg for Frances Bean. Lord knows, with Courtney for a mom, Frances'll need all the professional help she can get.

Do some mothers deserve to be disowned, or does every daughter have a duty to try and help her mother?